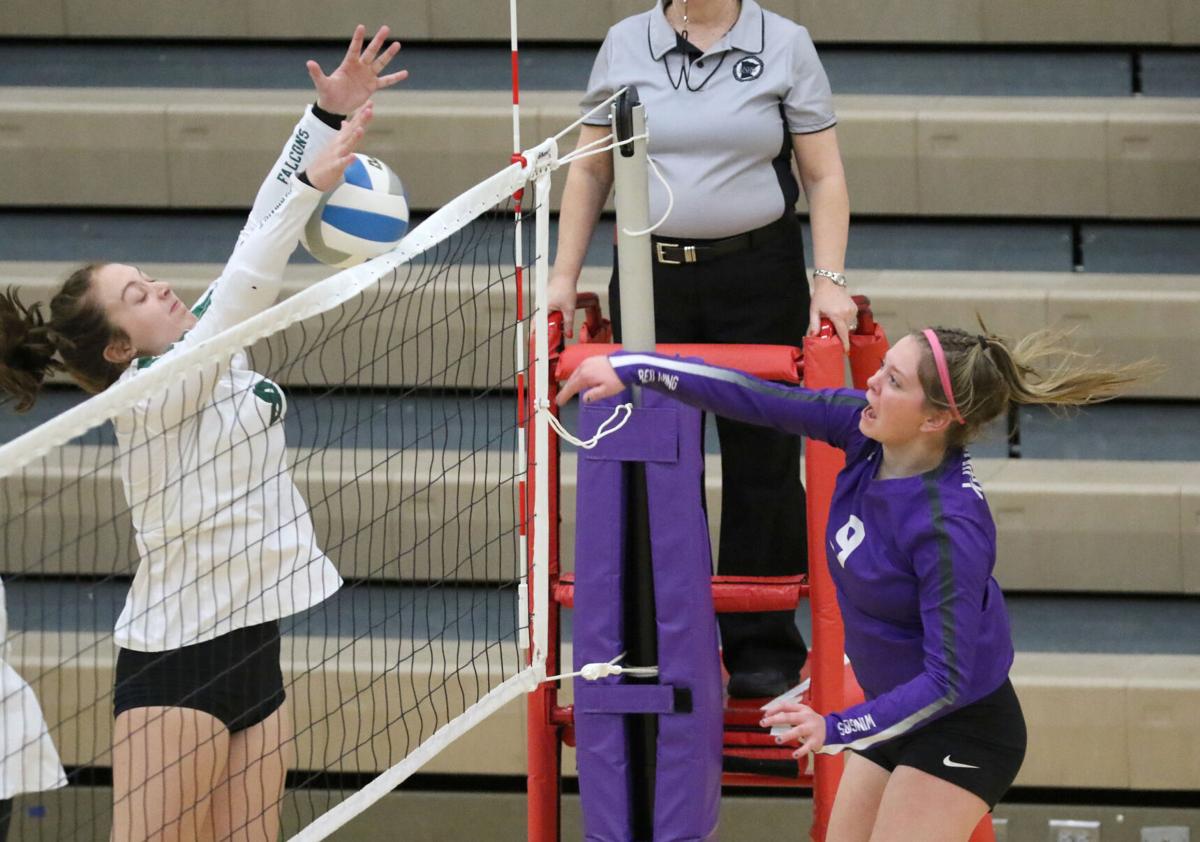 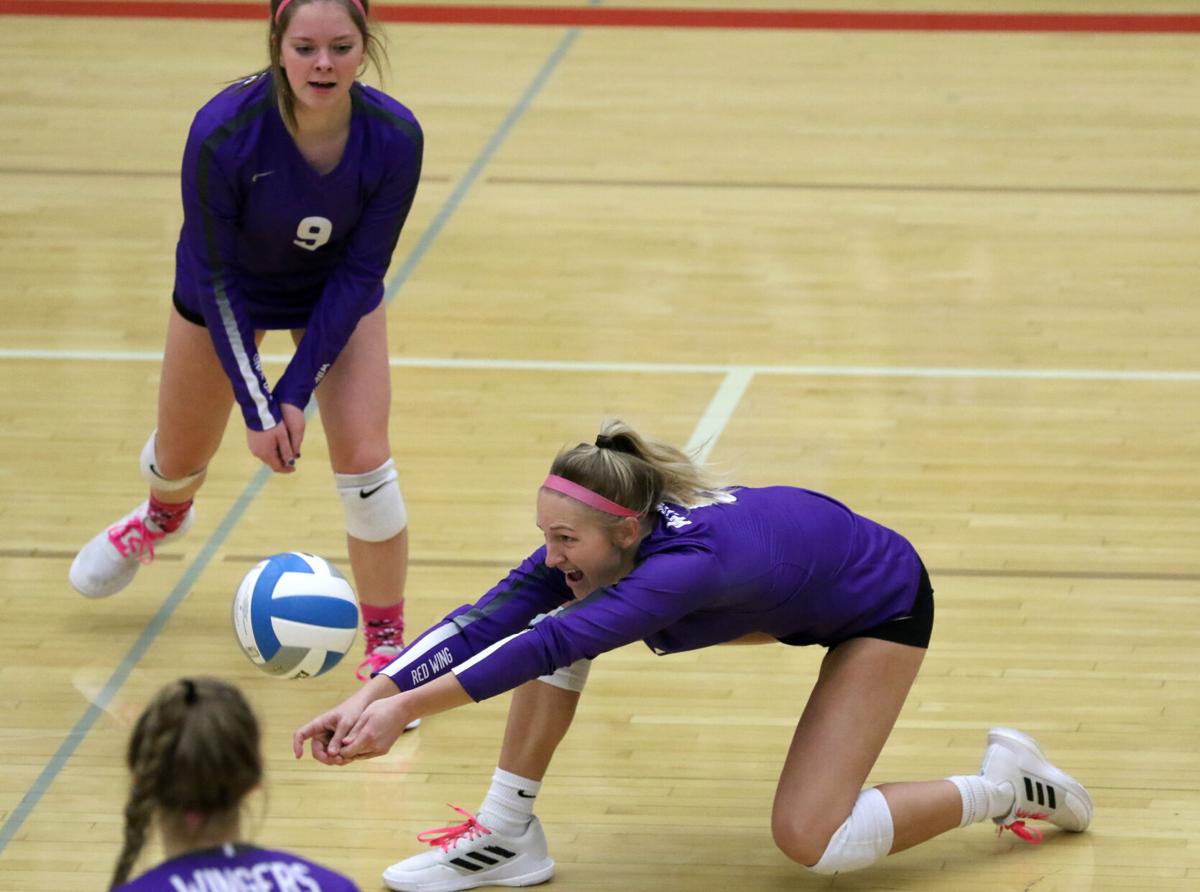 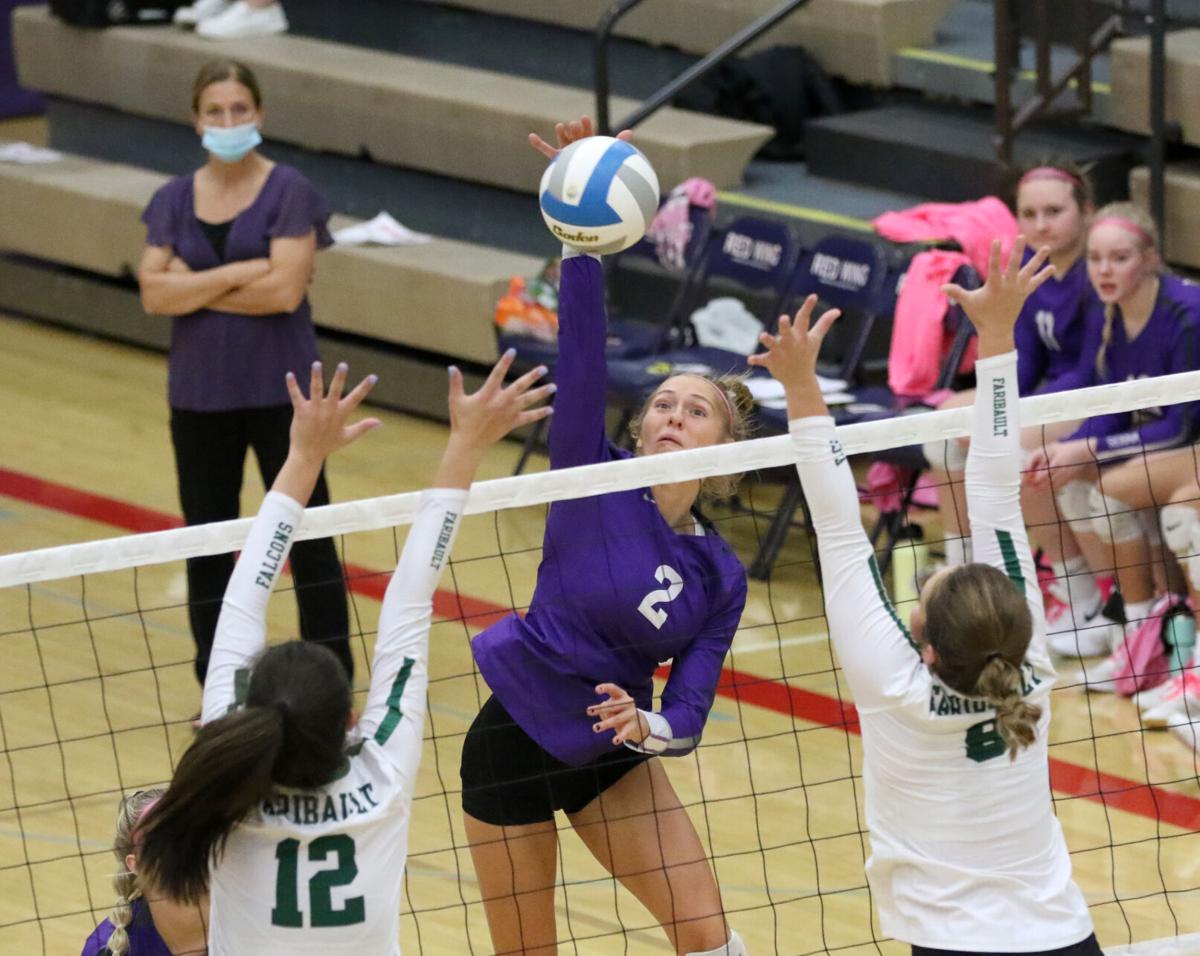 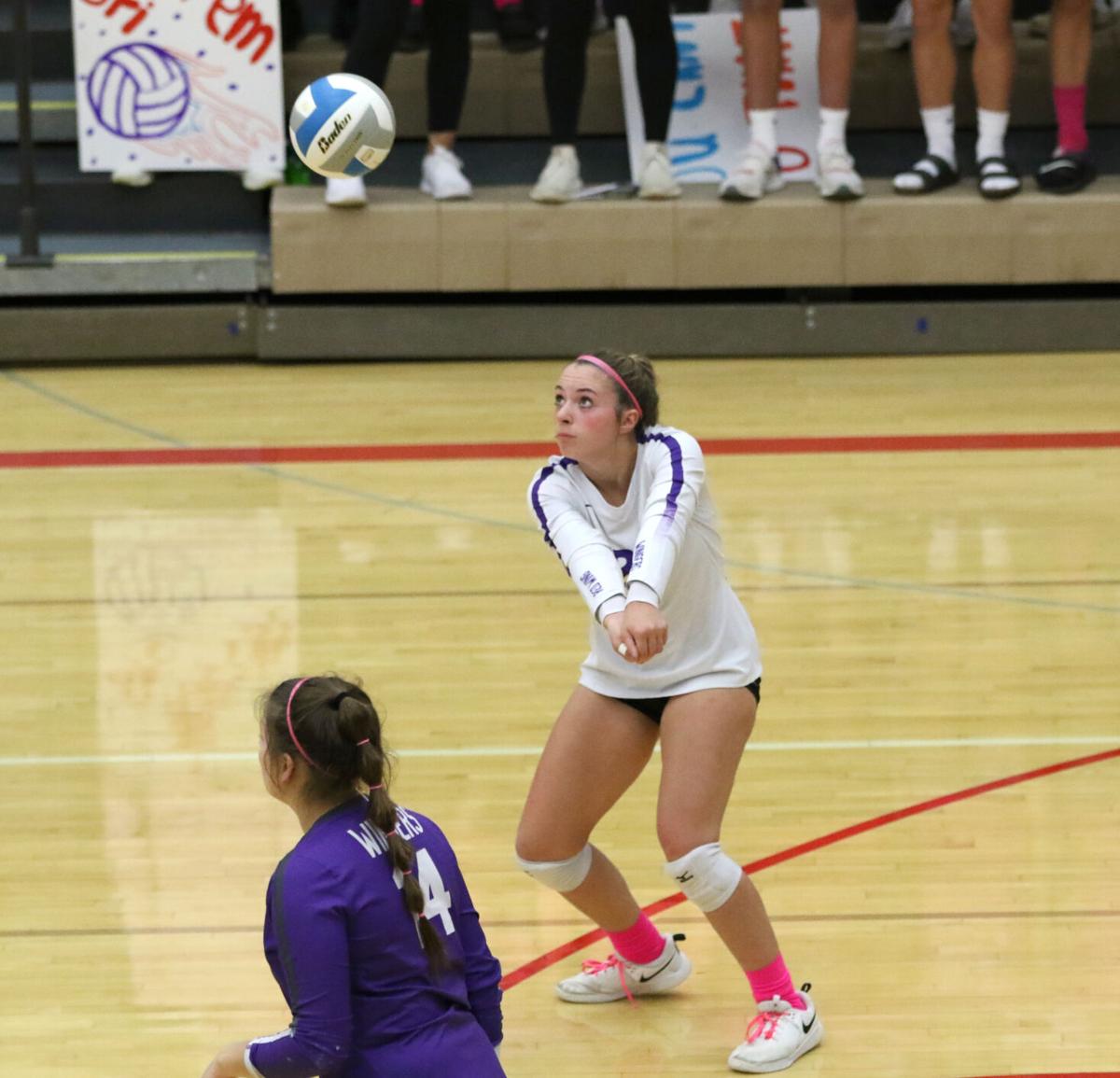 Having one of the program’s best seasons in recent years, Red Wing came out with a plan that worked. The Wingers used many of their outside hitters and had the Faribault defense struggling to keep up.

The Falcons then made the necessary adjustments and won the next three sets to earn a Section 1AAA volleyball quarterfinal victory over the Wingers Friday night.

“They started blocking and playing a lot of defense, making those big plays that swung the momentum,” Red Wing head coach Nikki Roschen said. “We had our share of them too. Sometimes you just have to congratulate the team.”

In fighting back from deficits in the third and fourth set, the Wingers still had chances to extend the match or squeak a set win. Despite the rallies, the Wingers weren’t able to take the lead in either set.

“That's why the loss hurts so much. We believed that we could win this,” Roschen said.

Mara Kelly, Bailie Roschen and Kennedy Knopp were heavily involved in the offense to begin the match. The Wingers benefited from it and won 25-16.

In the second set, the two teams exchanged points early and had much longer volleys to earn those points. Knopp came up with several diving digs to keep the play alive. Her play defensively was crucial in keeping the score close throughout the second set until the Falcons pulled away at the end to win 25-16.

Tied 1-1, the Falcons were even better in the third set. They adjusted to the Winger outside hitters with much better blocking and positioning off the blocks.

All season the Wingers have a knack for getting back into sets after falling behind. The Falcons led 12-4 at one point in the third set, but the Wingers fought back. The Falcons held a 23-20 lead before getting the final two points to go up 2-1.

The fourth set played much the same as the third. The Falcons had good blocking at the net and made it tough for the Wingers to get the hits they were getting in the first set. The Wingers trailed 15-7, then after a string of good serving got back to within two points with the score 17-15. It was as close as they’d get as the Falcons won the fourth set 25-18.

The Wingers continued to mix in Ella Nelson and Bri Tix in the middle to try and earn points. Nothing seemed to work against the Falcons defense.

“On the positive side, we're always in it until the end. We never give up. We had our opportunities here and there. We had a hard time finding the holes offensively.”

Despite the loss in the section quarterfinal, the Wingers put together one of the program’s best seasons. Sixteen wins in the most by the Wingers dating back to the 2005 season. This season was also the first winning season for the Wingers in the same span according to multiple online year-to-year records.

Roschen reiterated how proud she was of the team, not just for fighting back in this quarterfinal match but in others as well. The Wingers earned a lot more victories because of it. She praised the group for being hard working athletes who love to play. Roschen believes that’s reflected in the record and results of this season.

“We should be very proud of the season we had. We were 7-4 in a very tough conference and 16-12 overall. ... It just hurts that we couldn't win this one. Fun having a home seed and it was a great season. It's too bad it had to end a little early.” - Roschen on the Winger’s season as a whole.