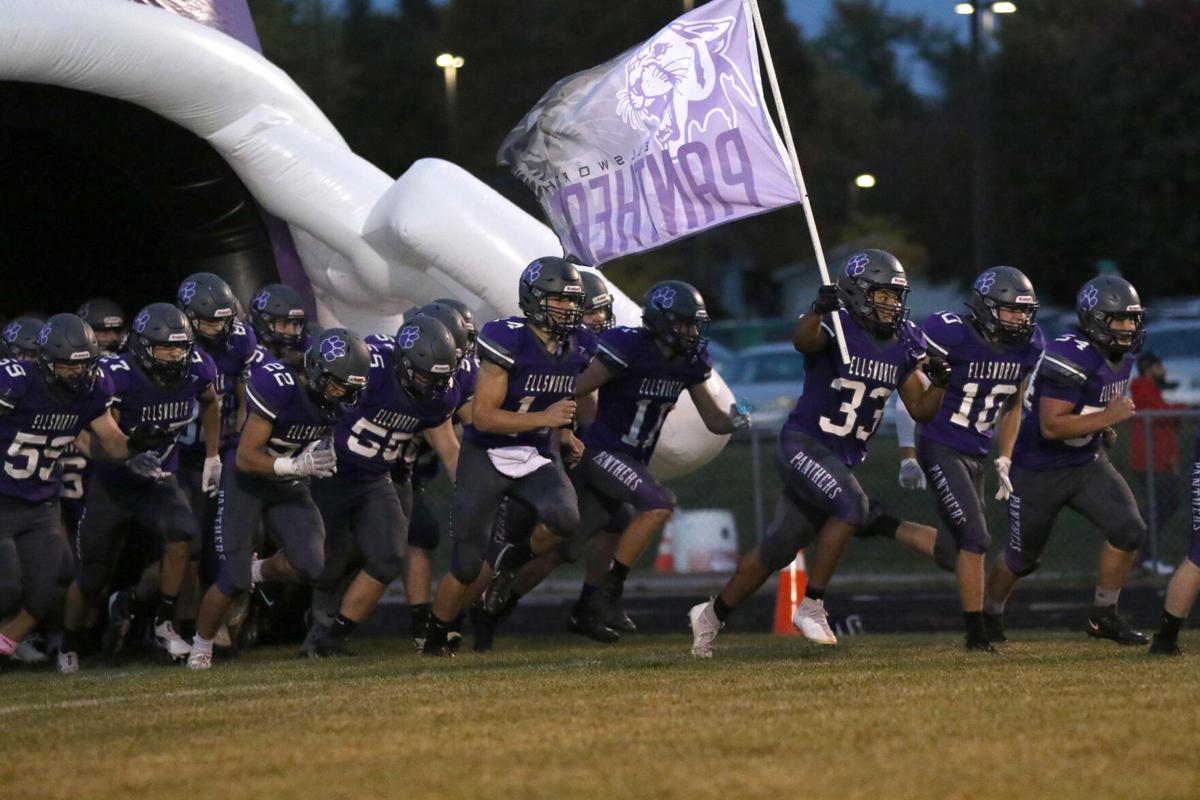 Ellsworth runs on to the field in front of their homecoming crowd. The Panthers beat Prescott 34-7 on Friday. Martin Schlegel / O'Rourke Media Group 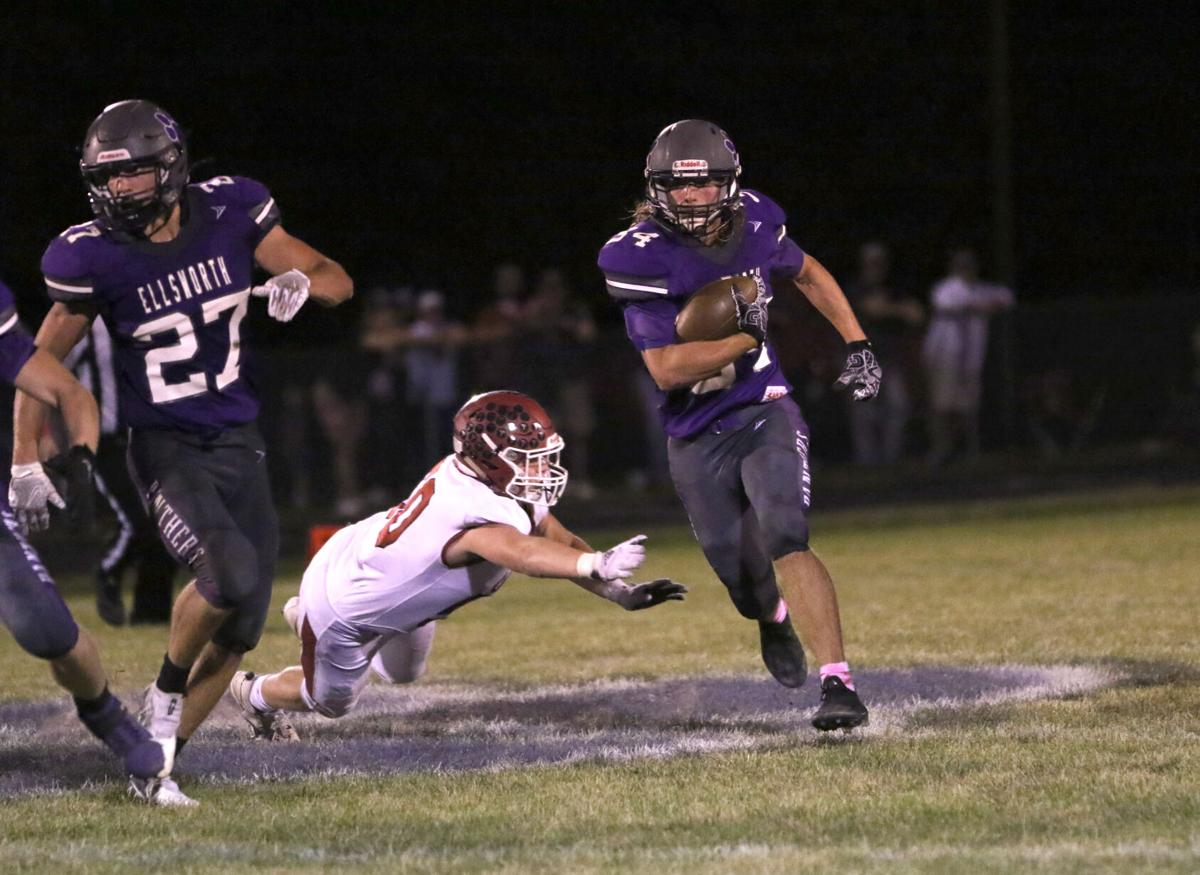 Ashten Quade (with ball) gained most of his yards in the second half. The Ellsworth senior scored twice in a win on Friday, Oct. 1. Martin Schlegel / O'Rourke Media Group 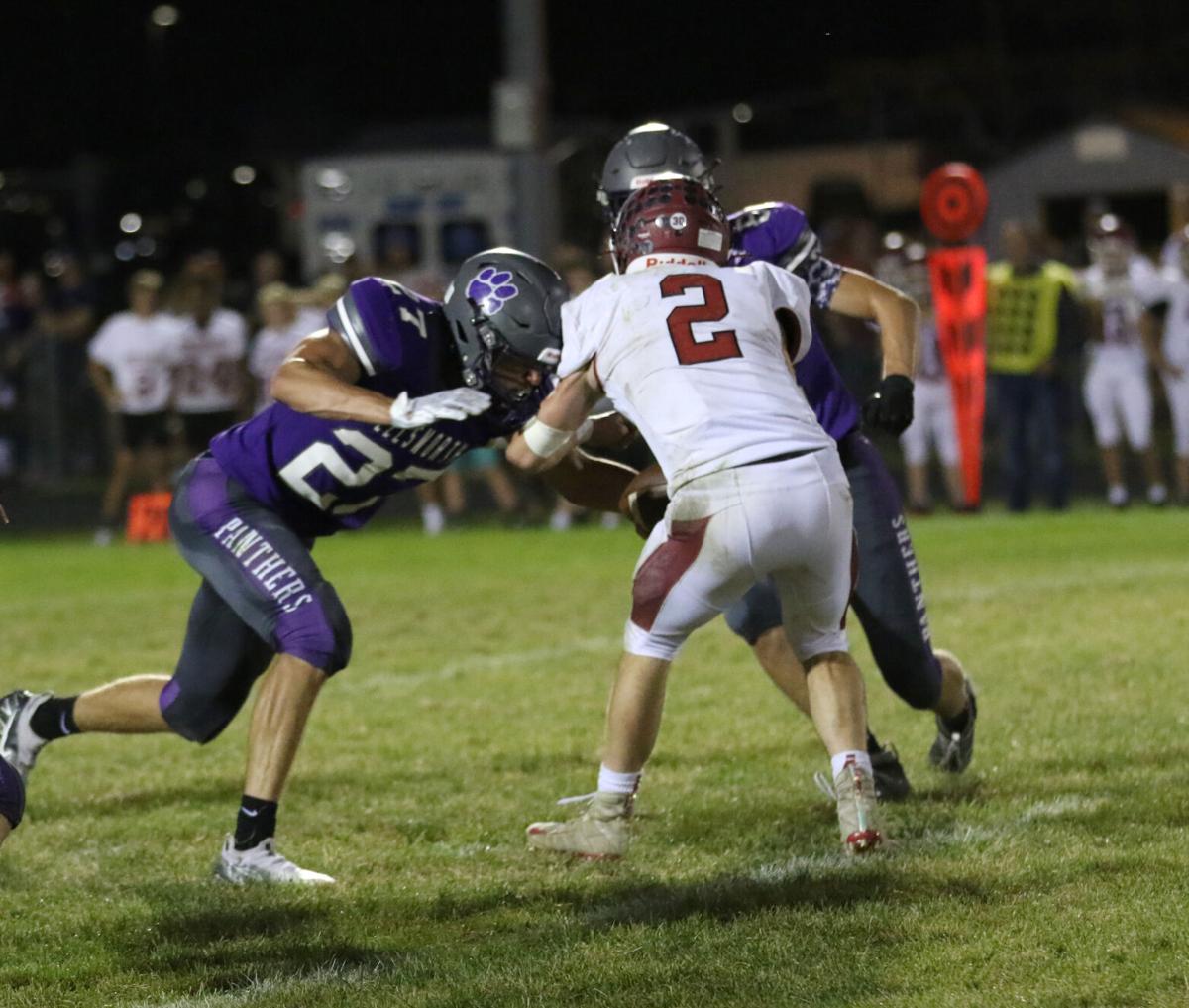 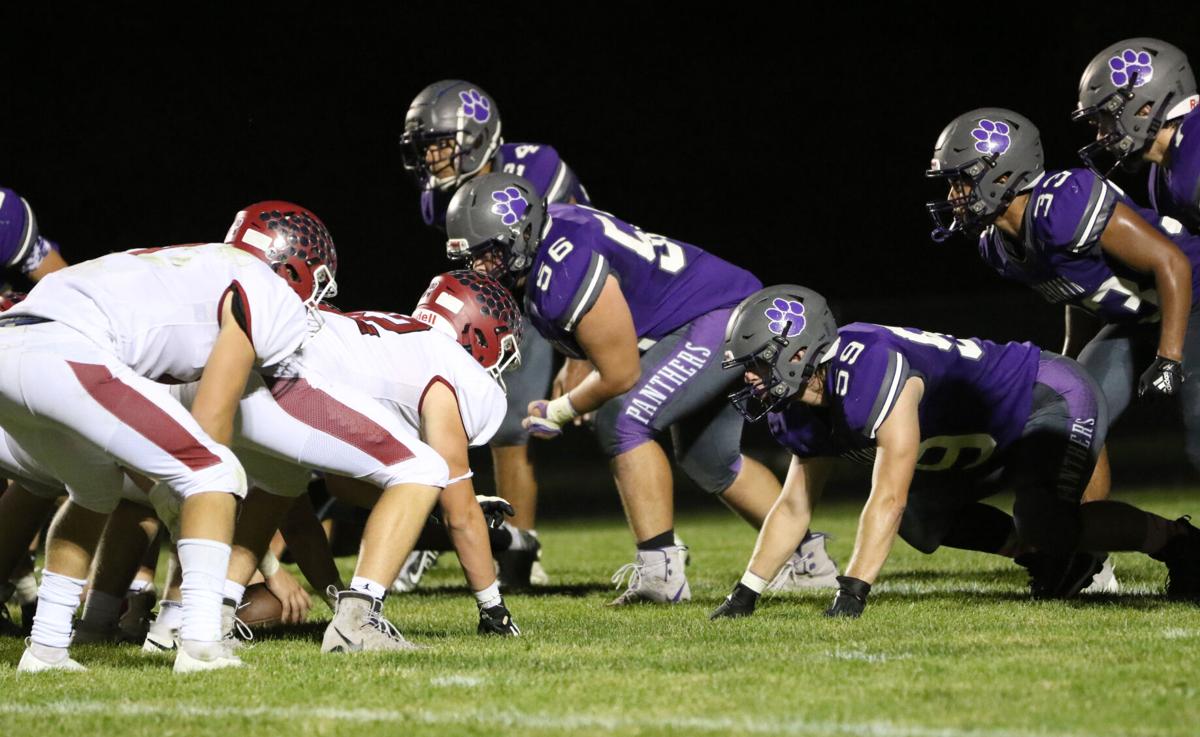 Ellsworth runs on to the field in front of their homecoming crowd. The Panthers beat Prescott 34-7 on Friday. Martin Schlegel / O'Rourke Media Group

Ashten Quade (with ball) gained most of his yards in the second half. The Ellsworth senior scored twice in a win on Friday, Oct. 1. Martin Schlegel / O'Rourke Media Group

Another game in which Ellsworth trailed. No problem though as the Panthers scored 34 unanswered points to pull away with a 34-7 homecoming win Friday night over Prescott.

Each team came into the game 4-0 in the Middle Border Conference. The Cardinals had just one loss overall. Homecoming games mean plenty to the seniors and rest of the home team, but this matchup was crucial in helping determine which team would win the conference.

“We knew they were tough, a lot better than previous years,” said senior Ellsworth quarterback Jack Janke. “They played us tough the last two years and we prepared for a battle.”

Two consecutive weeks where the Panthers didn’t score at least 50 points. The strength of their opposition, Osceola and Prescott, were much better equipped to face a team like the Panthers.

Prescott received the opening kickoff then proceeded to take their time on offense. The Panthers finally came up with a fourth-down stop with the ball on their own 17-yard line. Finally, with 5 minutes, 20 seconds left in the first quarter, the Panthers got the ball for the first time. They got one first down, before being forced to punt. The Cardinals again came out slow and steady on offense.

The Panthers defense nearly came up with back-to-back stops in the red zone, but on the seventh play ran inside the 10-yard line on fourth-and-2, the Cardinals scored the first points of the game.

From there, the Panther’s quick-strike offense got to work. The Panther defense finally got some takeaways, none more momentum turning than Janke’s interception in the closing minutes of the half.

After Max Grand put the Panthers ahead 12-7 with 3:15 to go in the half, Janke intercepted a pass the ensuing Cardinal drive. He sprinted about 7 yards over from his zone to another, surprised the intended receiver and went untouched into the end zone on the return.

“I think the pick-6 took a lot of wind out of their sails and we piled on top of that and we shut them down,” Janke said.

Once the Panther defense started getting stops sooner and takeaways, the Cardinals stood little chance as they remained unwilling to attempt a big play. When Stanton was forced out of the pocket to throw on the run, his passes were picked off.

Ellsworth head coach Rob Heller said the Cardinals did exactly what most teams are going to try, keep the Panther offense off the field.

“I think that's the recipe most teams are (going to use),” Heller said. “You can't give our offense the ball. You're going to have to grind out drives and keep the ball away from our offense. They did a good job of that in the first quarter.”

Normally, the offense gets plenty of attention, but the Panther defense proved to be the difference in the game.

“Nice way to cap off homecoming week,” Heller said. “It's always stressful for the football team. You've got a lot of expectations, a lot of distractions in the week. The kids came out and executed well.”

Ellsworth gained all 337 of its total offense on the ground. Max Grand and Ashten Quade accounted for nearly all of those yards. Grand did his damage in the first half. Grand exited early in the second half with a leg cramp, which allowed for Quade to become the featured running back. He picked up right where Grand left off. By game’s end the two had nearly identical stat lines.

The Panthers scored one more point against the Cardinals than they had allowed this season. Coming into the game, Prescott had allowed 33 points in six games combined.

“That surprised me. Usually our offense gets going early and they stifled us early on. We got going eventually. We've been dealing with injuries (on the offensive line) the last few weeks. We persevered through it.” - Janke on a scoreless first quarter.

“As far as he and Max go, when they take one away, the other is going to have a big night. They did a good job taking Ashten away in the first half, but he has big play potential. It's just a matter of time before he gets one.” - Heller on Quade’s explosive second half running the ball in place of Grand.