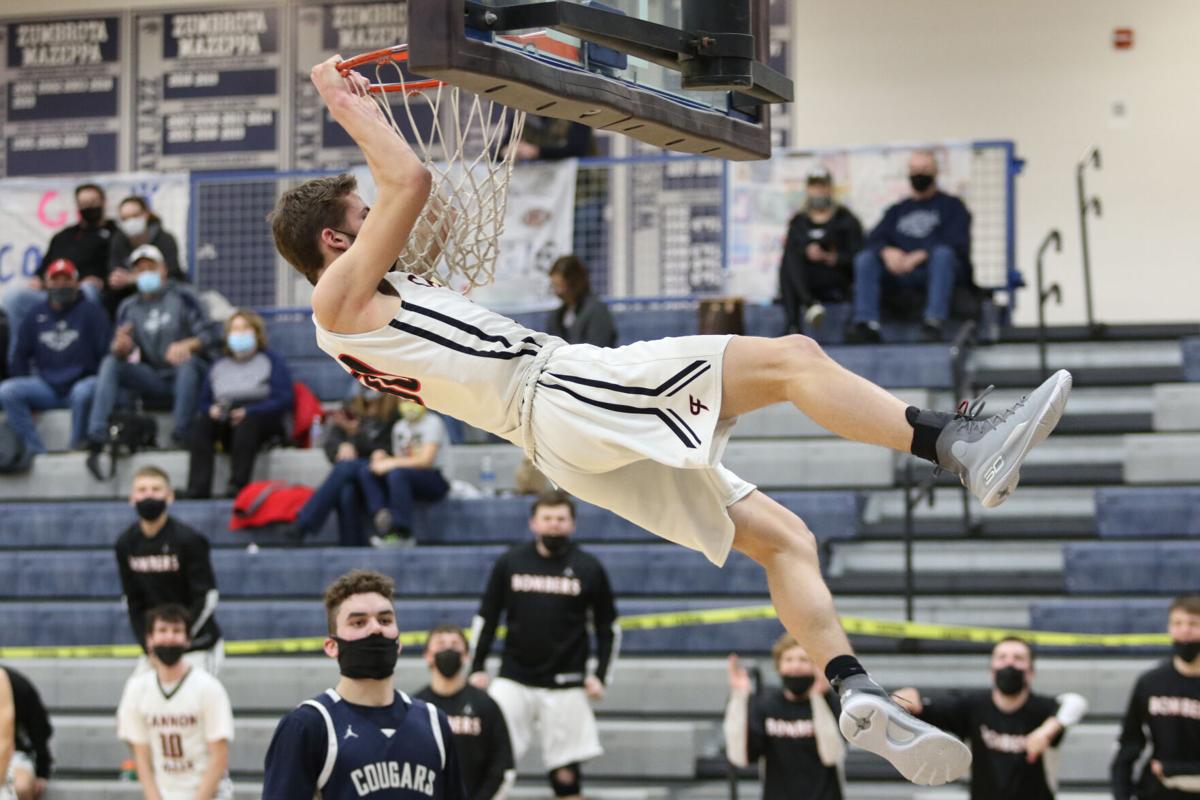 Danny Safe throws down a dunk against Zumbrota-Mazeppa earlier this season. Coach Josh Davisson said he hasn’t been able to have many athletes like the senior during his coaching tenure. Davisson said along with his athleticism, he runs like a deer. 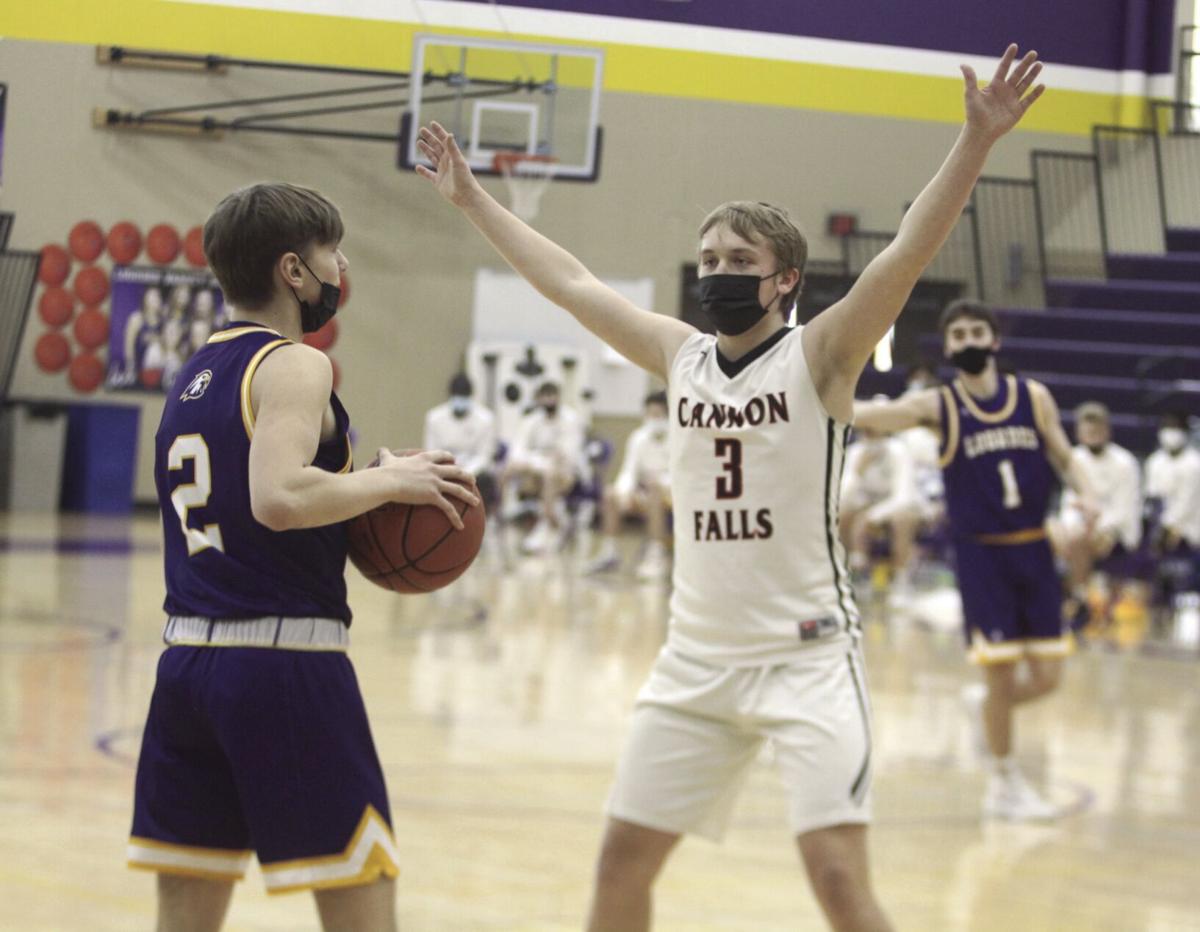 Danny Safe throws down a dunk against Zumbrota-Mazeppa earlier this season. Coach Josh Davisson said he hasn’t been able to have many athletes like the senior during his coaching tenure. Davisson said along with his athleticism, he runs like a deer.

The Cannon Falls boys basketball season came to an end in the opening round of the Section 1AA playoffs against Chatfield on March 16.

The Bombers were beaten, 59-48, by the Gophers, but didn’t go down without a fight.

Bombers Coach Josh Davisson said his squad was down by 22 points in the second half of play, but they didn't give up.

The Bombers narrowed the Gophers lead to four points, but it wasn't enough.

"They left everything on the court and definitely went down fighting," Davisson said.

In a separate interview, The Beacon asked Davisson about the season overall and what he’ll miss most about his talented senior class.

Like many teams, the Bombers had an up-and-down season with unfortunate COVID-19 concerns. The Bombers had to miss eight games during the season, but because those games were early on in the season, they were able to make them up later on.

Banks was a member of the varsity team since his sophomore year and Davisson was proud of the intense effort he made to make his senior season special.

Davisson said on Banks' play, “He did so much for us. It was good to see him have the success that he did.”

For Dicke, a rebounding machine who had 210 total this season. Davisson said Dicke’s rebounding numbers put him Top 10 all-time in Bombers history and his average of 11 rebounds per game puts him second all-time.

“Rebounding is just one of those attitude, effort things,” Davisson said. “You’ve got to want it more than the other guy.”

Aside from Banks and Dicke, Davisson praised the effort by fellow seniors Danny Safe, Gavin Stodden, and Jake McAdam. Davisson believes the efforts these seniors put forth in their career will pay off well for the underclassmen coming up.

“It’s been a fun group of seniors and it’ll be tough to replace them,” Davisson said.

Players Davisson believes will have larger roles to play next season will be Noah Blanchard, Jacob Wulf and Colton Loeschke. The trio already play a large part in each game this season, but will have an elevated role during their respective senior year.

With the COVID-19 vaccine becoming more accessible, a much more normal season is expected for the Bombers next year.

Davisson looks forward to summer workouts, more opportunities at developing his group and being around the team as soon as he can again.

Davisson said he’s grateful for the players and their parents and all of their support throughout the season.

The Bombers finished their season 8-11.