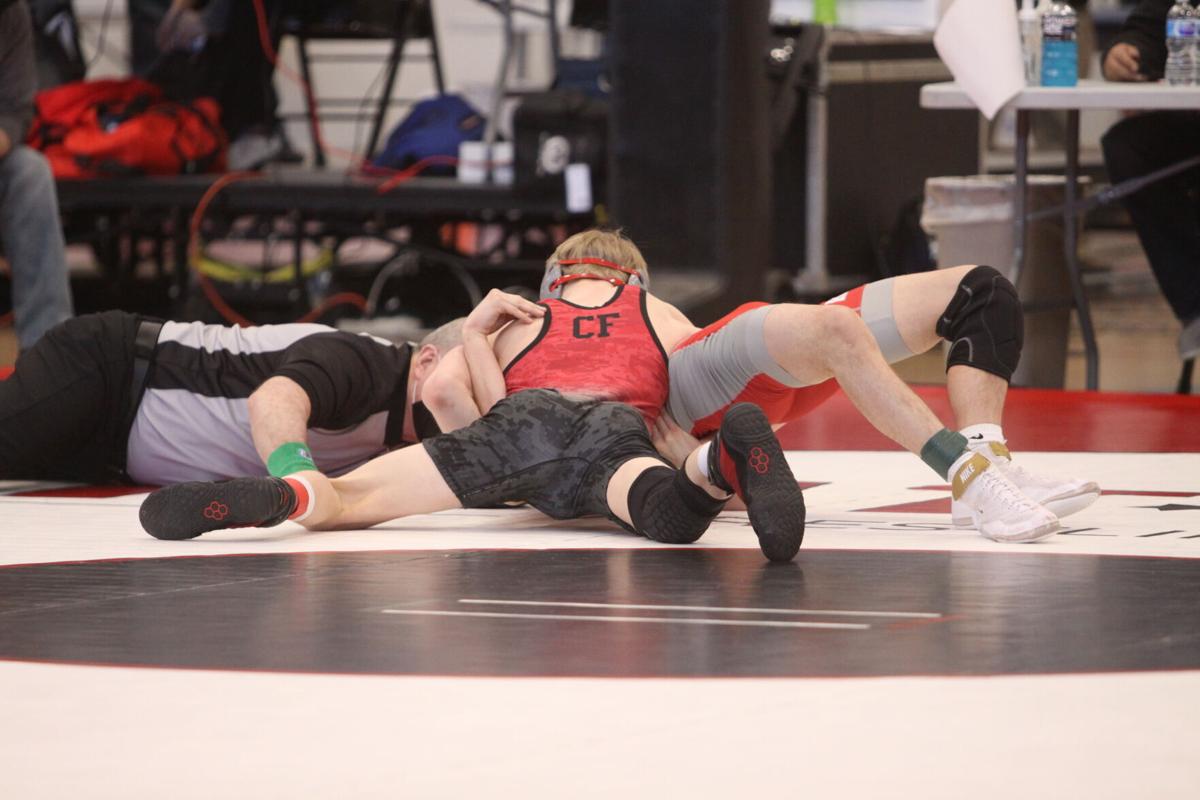 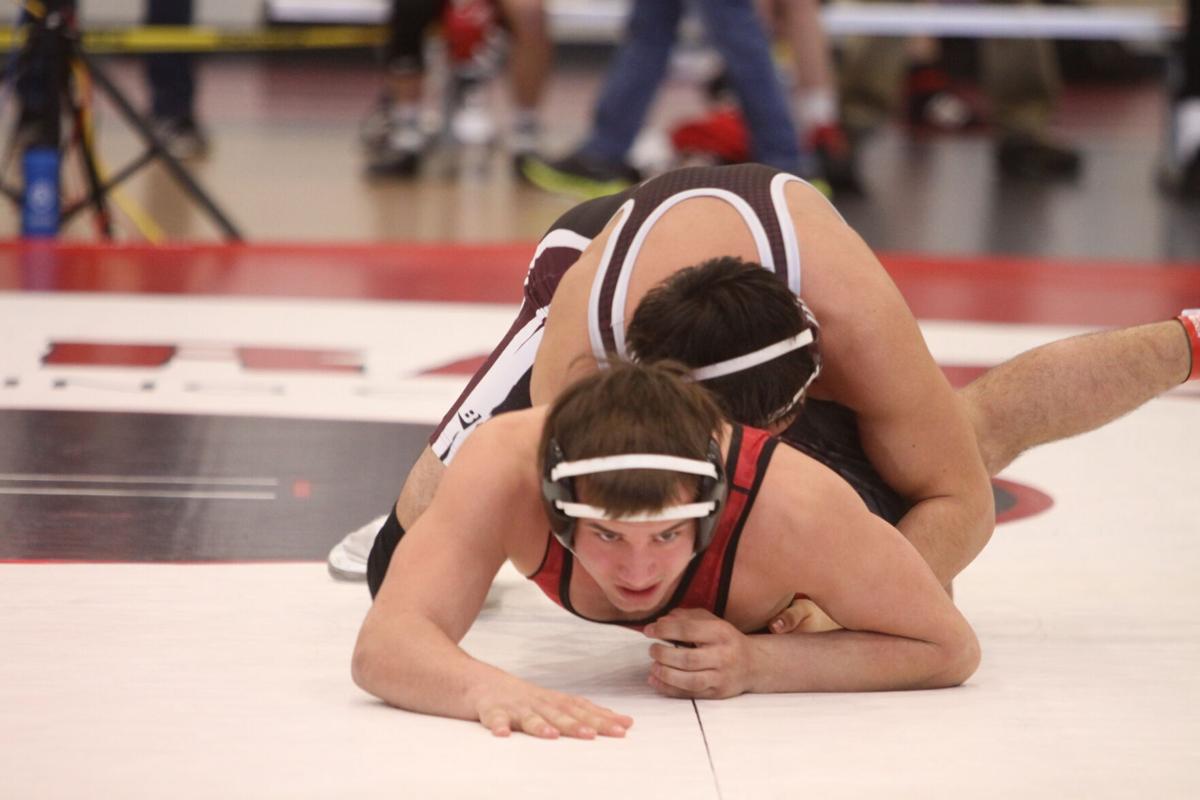 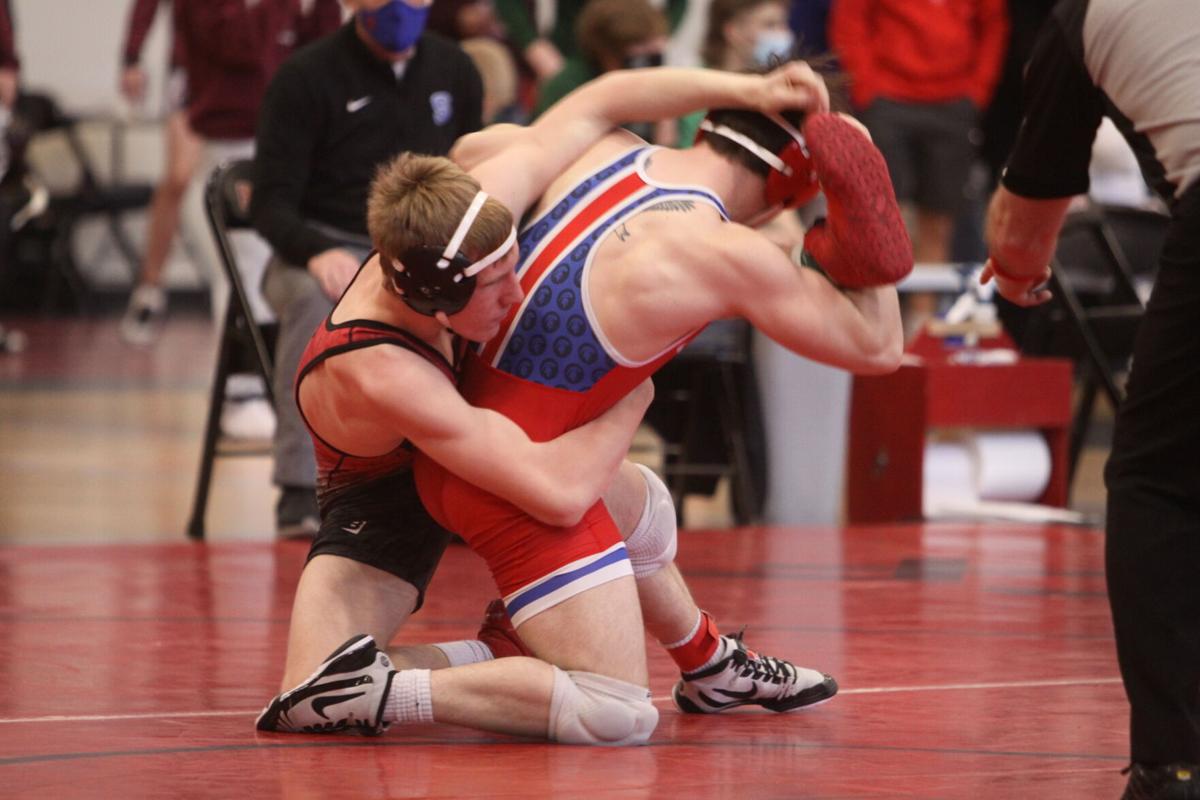 Cannon Falls Junior Preston Carlisle was pinned during the second round by Simley Senior Ryan Sokol during the State Prelims on March 20. 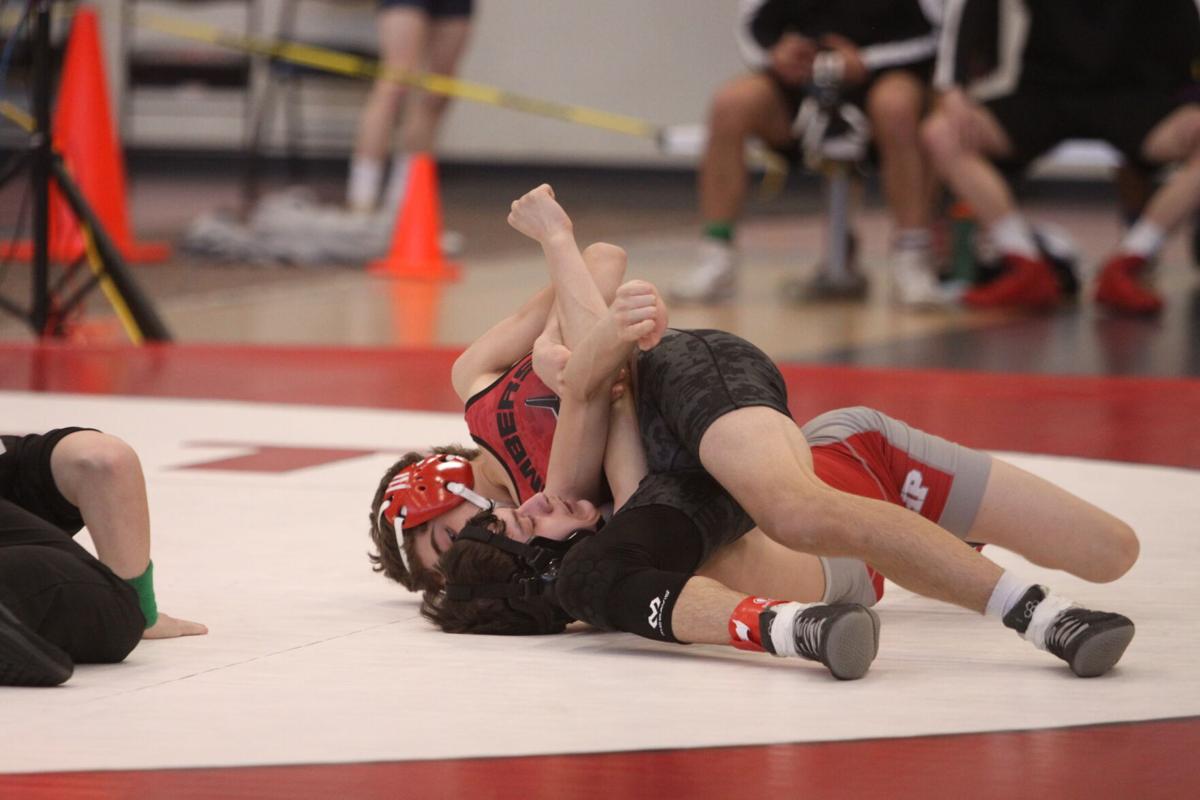 Cannon Falls Sophomore Gavin Peterson and Freshman Calvin Singewald will compete during the Class AA state tournament next week after securing second place in their weight classes on March 20 during state prelims.

Peterson, who wrestles at 106 pounds, lost in the first place match by decision to Simley Sophomore Brandon Morvari, 3-0.

Singewald, who wrestles at 113 pounds, lost in the first place match by decision to Simley Junior Peyton Spychalla, 6-1.

Peterson and Singewald will compete on March 26 at St. Michael-Albertville High School for state.

Two other wrestlers for the Bombers competed on Saturday, Junior Preston Carlisle (29-3) and Junior Riley Keenan (20-8).

Carlisle, who wrestles at 152 pounds, started off strong, pinning his first opponent.

However, Carlisle would be pinned in the next round by Simely Senior Ryan Sokol, the eventual 152 pound champion.

Keenan would rally with a pin against St. Croix Lutheran Senior Will Kapanke in a little under two minutes.

Keenan's last match of the day would come against Stewartville Junior Christian Sackett. Sackett would win the match over Keenan, 7-4.