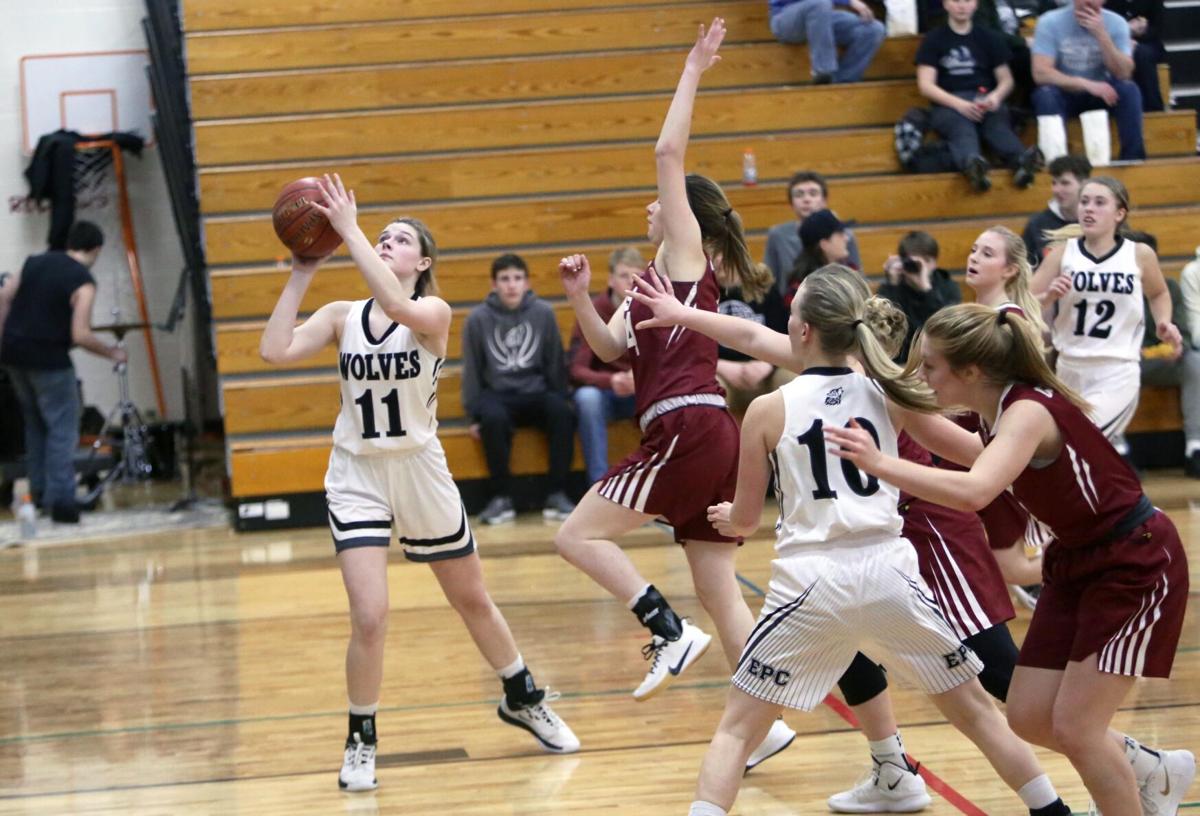 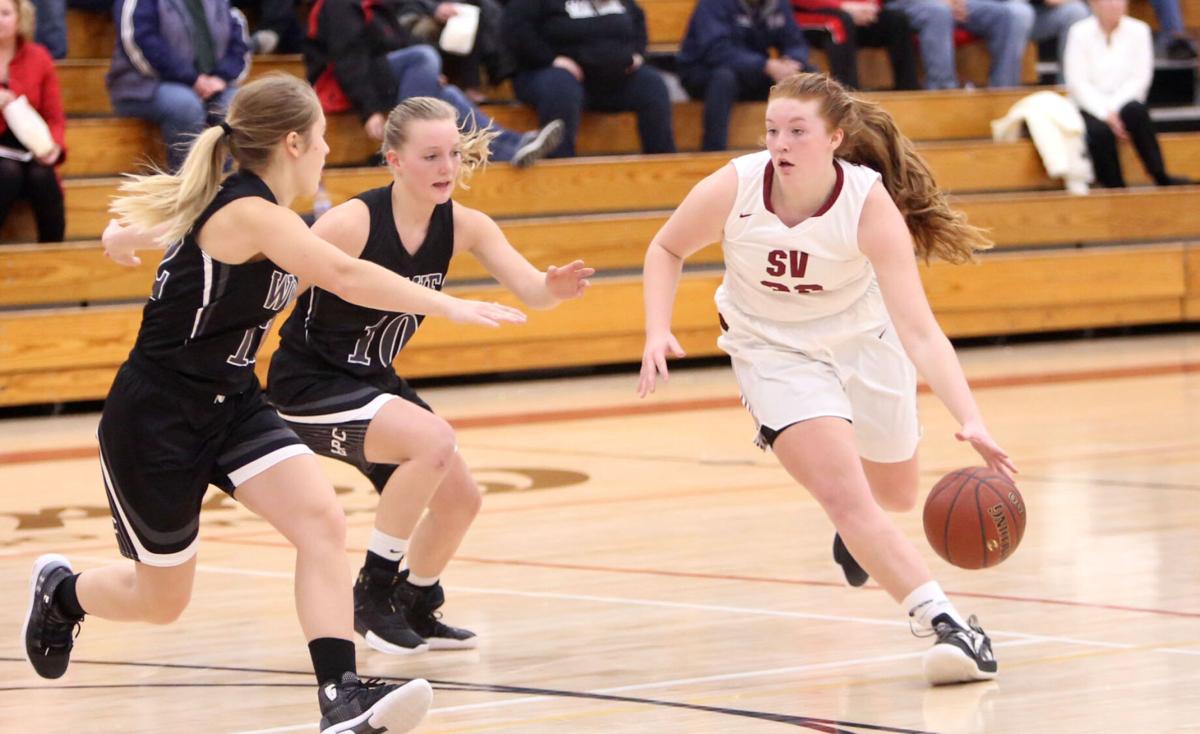 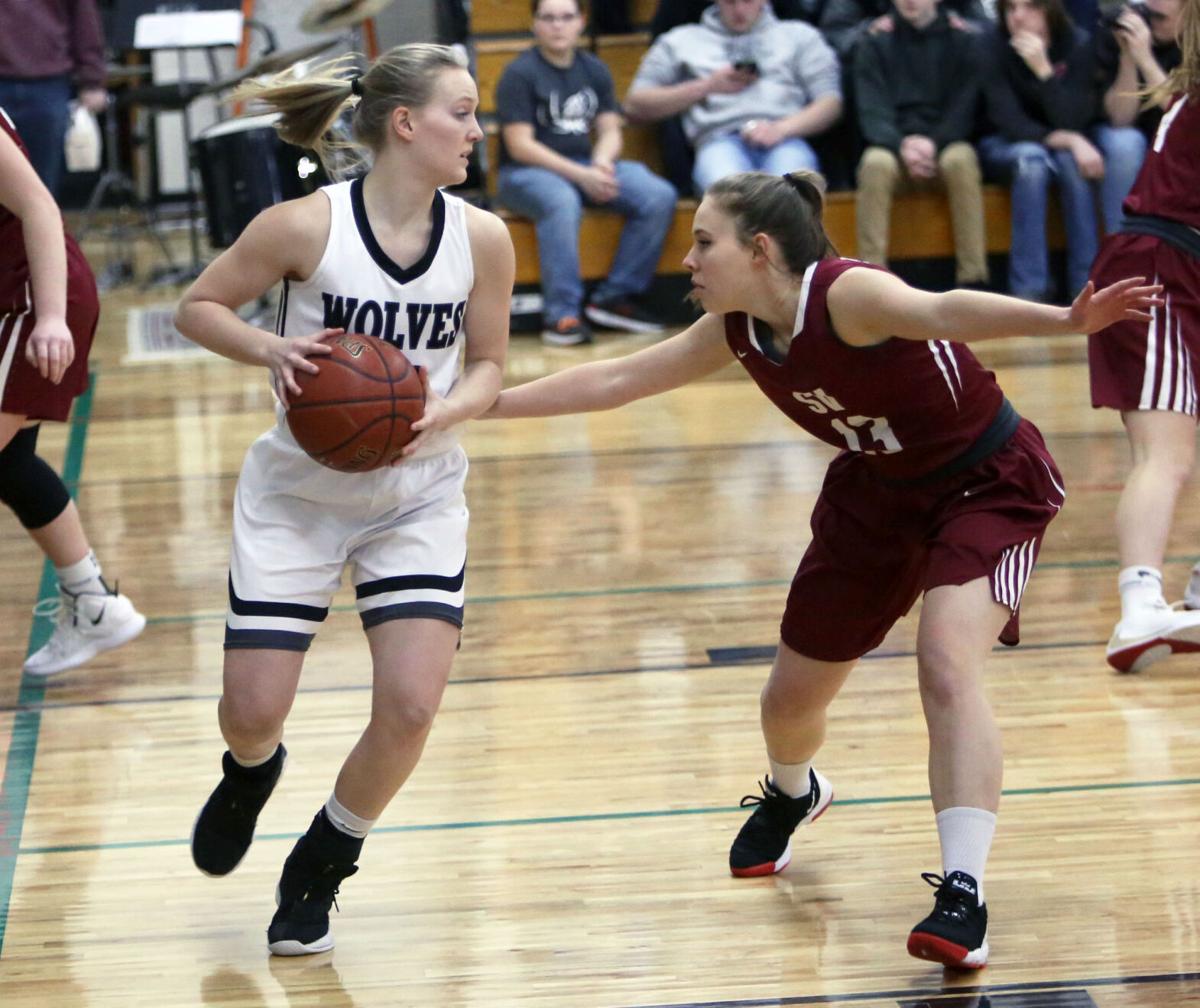 Johansen missed most of the season with an injury, but when she did play was a force in the post while also capable of handling the ball on the perimeter and initiating the offense. Over the course of her eight games played, she averaged a double-double with 15.5 points per game, 10.8 rebounds, 1.5 assists and 1.2 steals. Her absence from the court was evident over the remainder of the year but head coach Sean Hoolihan credited her for her leadership from the bench and staying engaged with her teammates.

Glaus was a dynamic player for the Wolves this season and led the team in scoring, rebounding and blocks. She was able to score in the paint and mid-range while on the defensive end was a sure rebounder and great shot-blocker for her size/role. Glaus averaged 10.8 points per game, 6.9 rebounds, 2.9 blocks (tied for 13th in the state) and 1.2 steals.

Elmwood/Plum City senior point guard Katie Feuker made the All-DSC Honorable Mention list along with senior Emma Ouellete of Boyceville, junior Leah Sabelko of Durand and senior Sophie Cedarblade of Elk Mound. Feuker was a reliable scorer, distributor and play-maker for the Wolves this year. She averaged 7.1 points per game and was second on the team in rebounding at 4.7 per game along with 2.4 assists and 3.4 steals (both led the team).