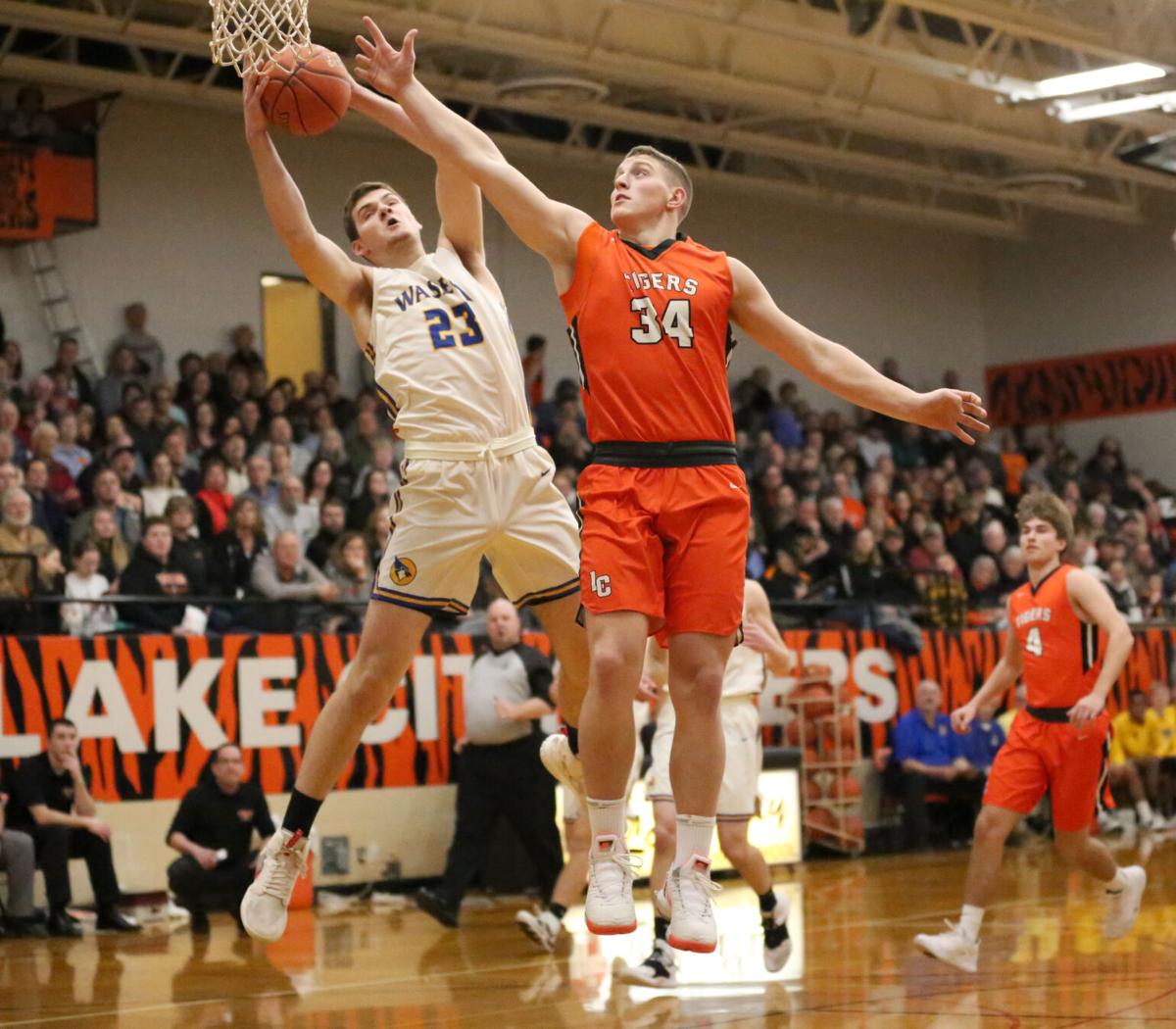 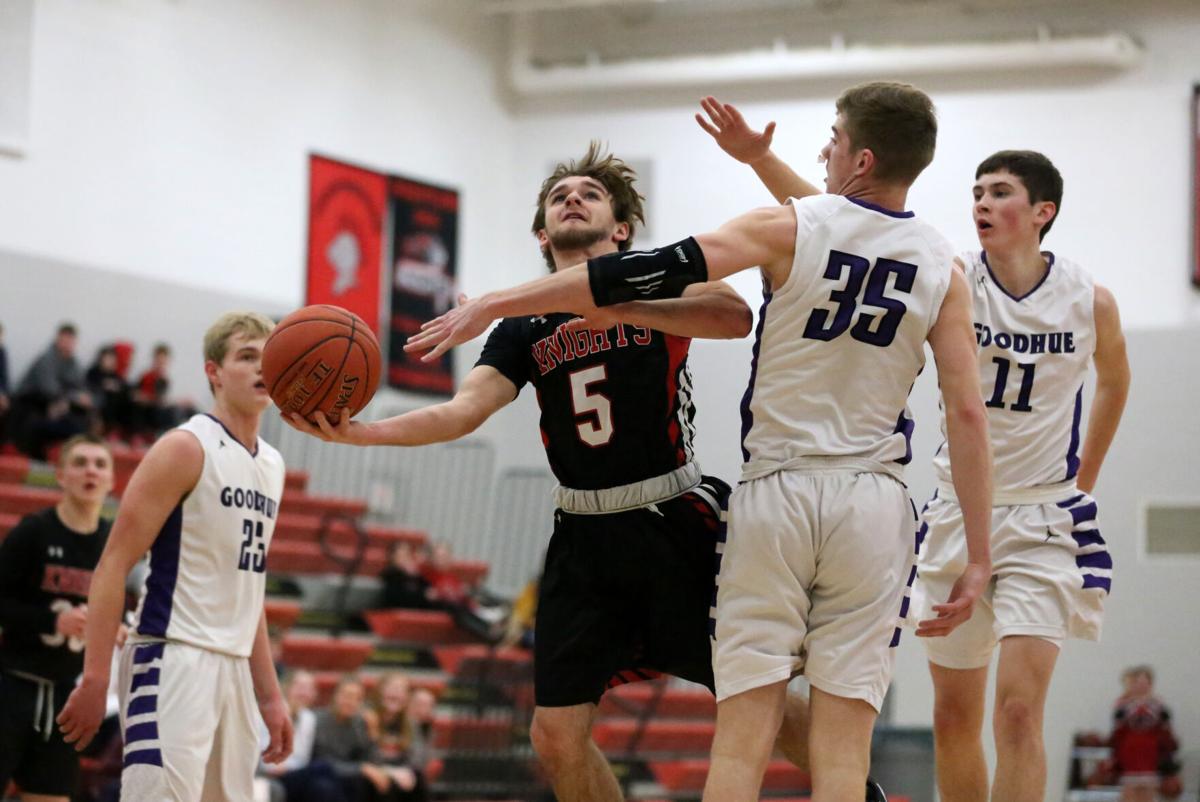 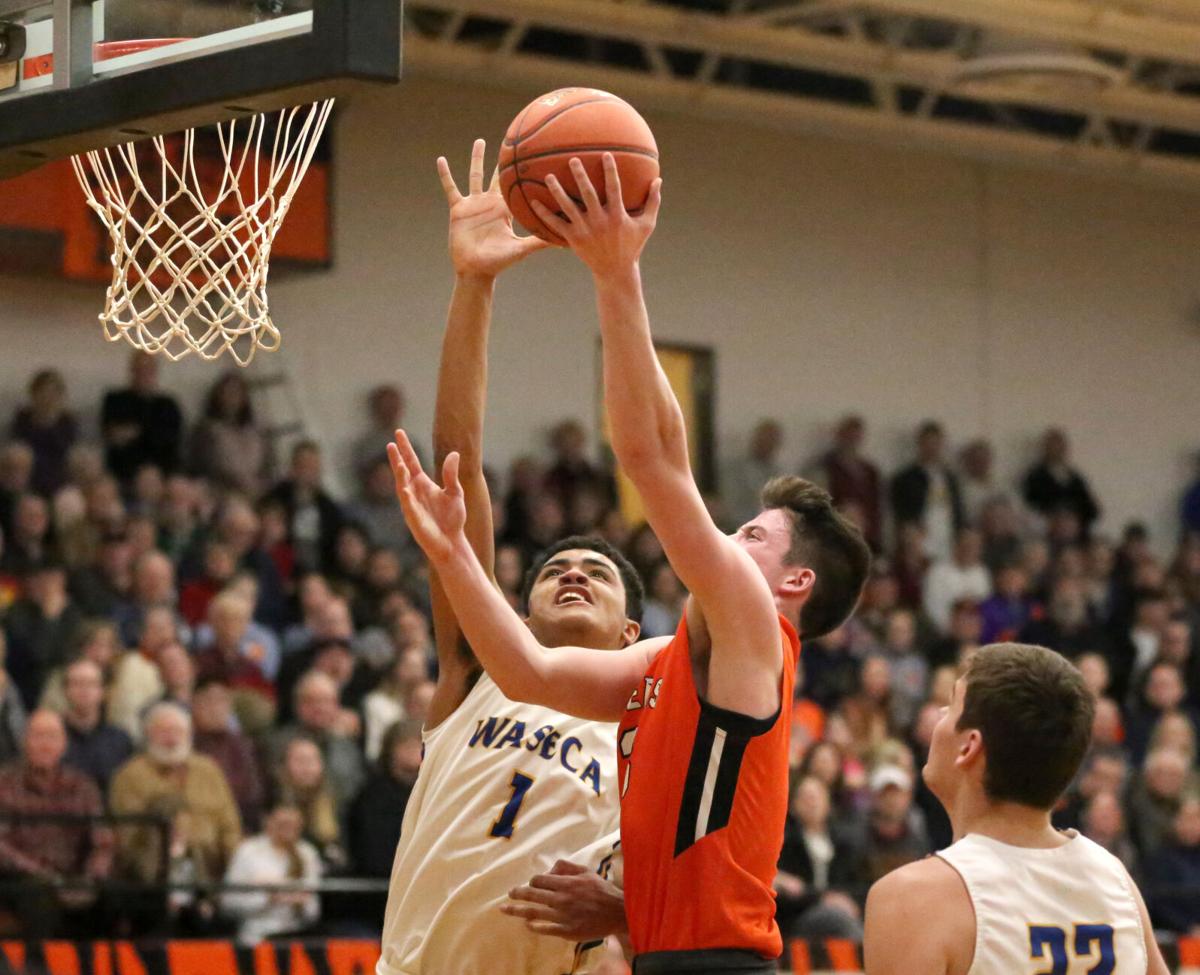 In the first half, Lake City trailed by seven points. The Tigers again trailed by five with 1 minute, 53 seconds remaining in the game, but pulled ahead with 40 seconds to go. The Tigers boys' basketball team completed a 59-54 comeback win over La Crescent-Hokah on Thursday.

After Nate Heise put the Tigers ahead 55-54 with 40 seconds remaining, Jake Wohlers forced a turnover and went to the free-throw line. Wohlers made both and Reid Gastner came up with a steal on the ensuing Lancer possession. Gastner nailed both of his free throws with 5 seconds left to secure the win.

Heise led the Tigers with 20 points, nine rebounds and five assists. Gastner had seven points and a team-high 10 rebounds. Jake Wohlers scored 14 points on four 3-pointers, while Justin Wohlers had 10 points on a pair of 3-pointers and eight rebounds.

Lake City (20-2) next faces Kenyon-Wanamingo on Friday, then Byron on Tuesday.

When Lake City put Waseca on its schedule, the reason was obvious. The Tigers want to play the best teams.

Two weeks before the end of the boys' basketball regular season, the third-ranked Tigers squared off against the second-ranked Blue Jays in front of a packed gym in Lake City. The Tigers shot well throughout, but couldn't keep up late in the second half as the Blue Jays won 79-66 on Tuesday.

Lake City head coach Greg Berge said the loss can provide clarity on things that need to be addressed and focus on what went well, which is why wanted Waseca.

"When you play really good teams this time of year, you learn a lot about your team," he said. "We had won a lot of games in a row and sometimes you get a little comfortable."

It was apparent the Blue Jays were a good shooting team from the start, but in the second half they shot a scolding 68 percent from the field, made 2 of 4 from 3-point range and 10 of 12 from the free-throw line. The Blue Jays seemingly couldn't miss.

"Some of them were open, but a lot of them were contested and tough shots," Berge said of Waseca's shooting. "We can't give up 79 points and win. That's not who we are. The game was probably a little more up-tempo for us."

Berge said one of the solutions could be to simply slow the pace of the game.

The Tigers didn't have a bad night offensively. The Tigers led early on in the first half 12-5. The Blue Jays went on an 11-4 run to tie game 16-16. From there, both teams traded baskets until the Blue Jays outscored the Tigers 25-16 in the final 8 minutes, 35 seconds of the game.

Nate Heise tied a career-high in points with 39. Heise made 4 of 9 from behind the arc and grabbed seven rebounds. Reid Gastner scored 10 points and led the Tigers in assists with six. Justin Wohlers made three 3-pointers, while Jake Wohlers added a pair of 3-pointers. Collectively, the Tigers shot 55.6 percent from the field in the game.

The Tigers tried different ways to bring the ball inside or cut hard to the basket to avoid Waseca's 6'9 post Andrew Morgan. Gastner was given the ball in a one-on-one matchup in the post. From there, Gastner either kicked it back out to an open shooter of Heise driving to the basket.

The Blue Jays played a version of a 4-1 zone in which Morgan was left to hang near the basket waiting for a layup attempt. Berge said it wasn't something they hadn't seen before.

"We've had other teams do that to us, but not every team has the length that (Waseca) have on the perimeter. Their 6'5, 6'4, quick and it presented problems."

Berge added that normally scoring 66 points would win games for the Tigers because they are a good defending team. Again, it came back to tempo.

Lake City (19-2) had a home win streak of 24 games snapped. The Tigers only two losses on the season are against the top-2 ranked teams in Class AA.

Cannon Falls fell in a close game to Pine Island.

Randolph added on to its 11-point lead at the half in a 74-40 win over Lanesboro.

Randolph next travels to Glenville-Emmons on Friday.

Zumbrota-Mazeppa led 45-21 at the half and continued to pull away in a lopsided victory.

The Cougars shot 59 percent from the field, making 70 percent of its 2-point shots.

The Goodhue boys' basketball team led by 17 points at the end of the first half and sustained the double-digit lead en route to a 73-51 win over Fillmore Central on Monday.

Will Opsahl led the scoring for the Wildcats with 16 points and a pair of 3-pointers. Sam Opsahl had 10 points with two 3-pointers, while Conor O'Reilly also had 10 points. Adam Poncelet scored nine points and Sam Peterson added eight points.

Cannon Falls poured in 60 points in the first and never looked back in an 89-50 win against LeRoy-Ostrander.

Schaeffer Academy led by 14 points at the half and continued to cruise in the second half en route to an 80-56 win over Kenyon-Wanamingo.

Tate Erlandson scored a team-high 16 points for the Knights. Laden Nerison was right behind Erlandson with 15 points. Casey Wesbur made three of the team's six 3-pointers, finishing the game with 11 points.

Randolph blew past Pine Island 61-42, padding a 12-point lead at the half.

Carter O'Reilly led the Panthers with 11 points. Connor Bailey had 10 with two 3-pointers, while Max Owen and Dylan Holzer each had six points.