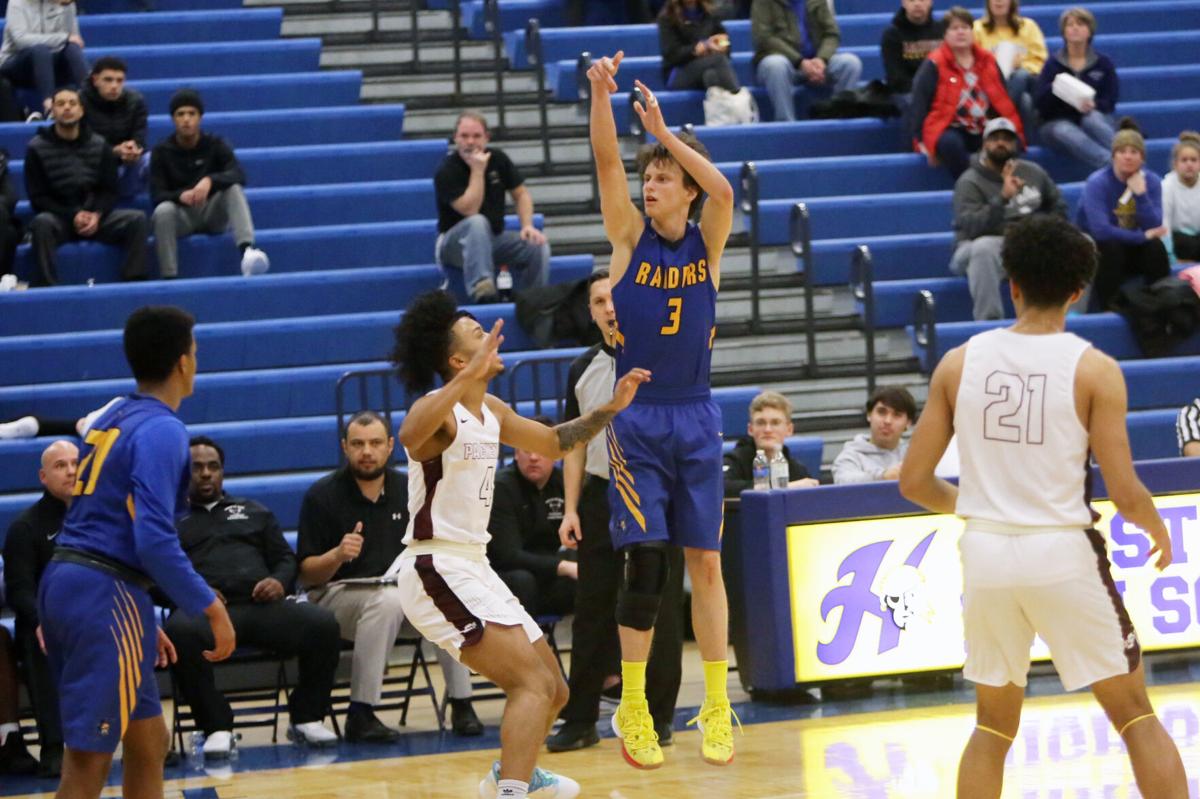 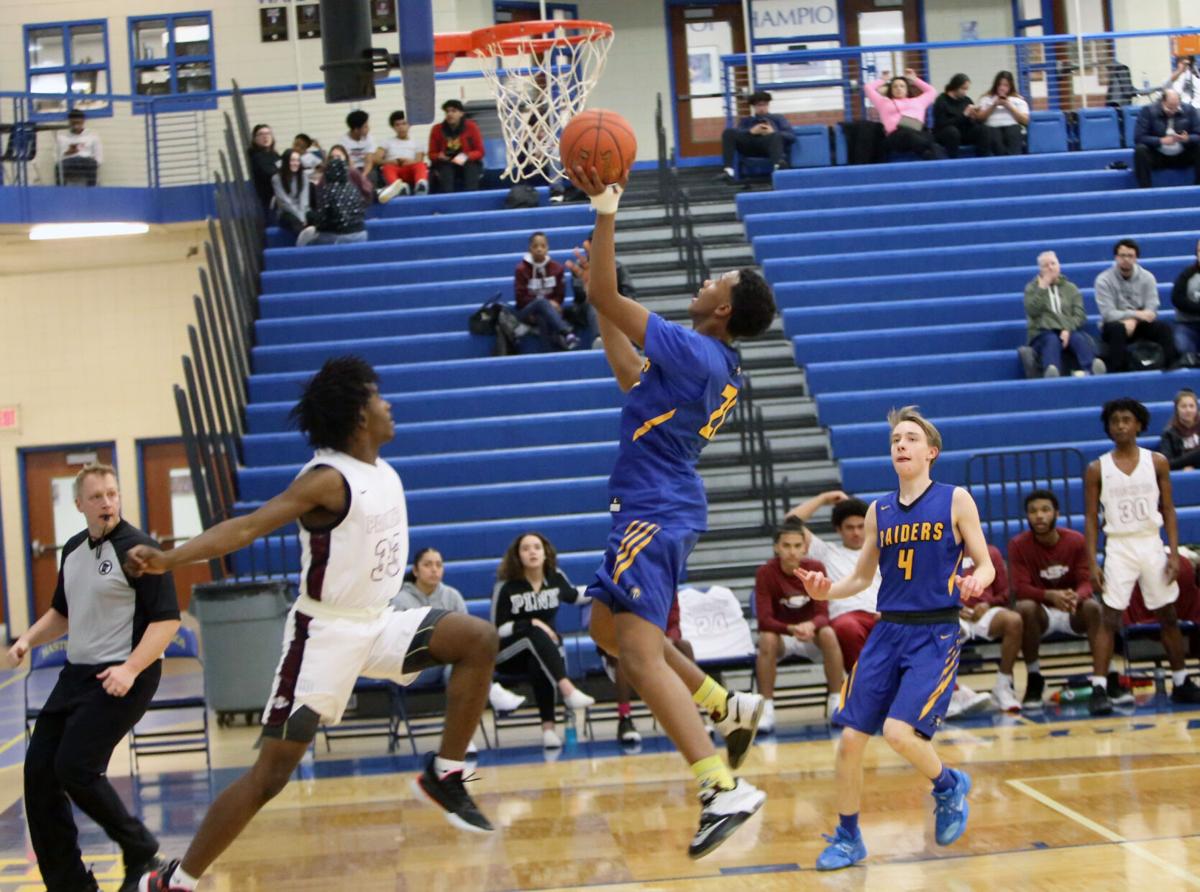 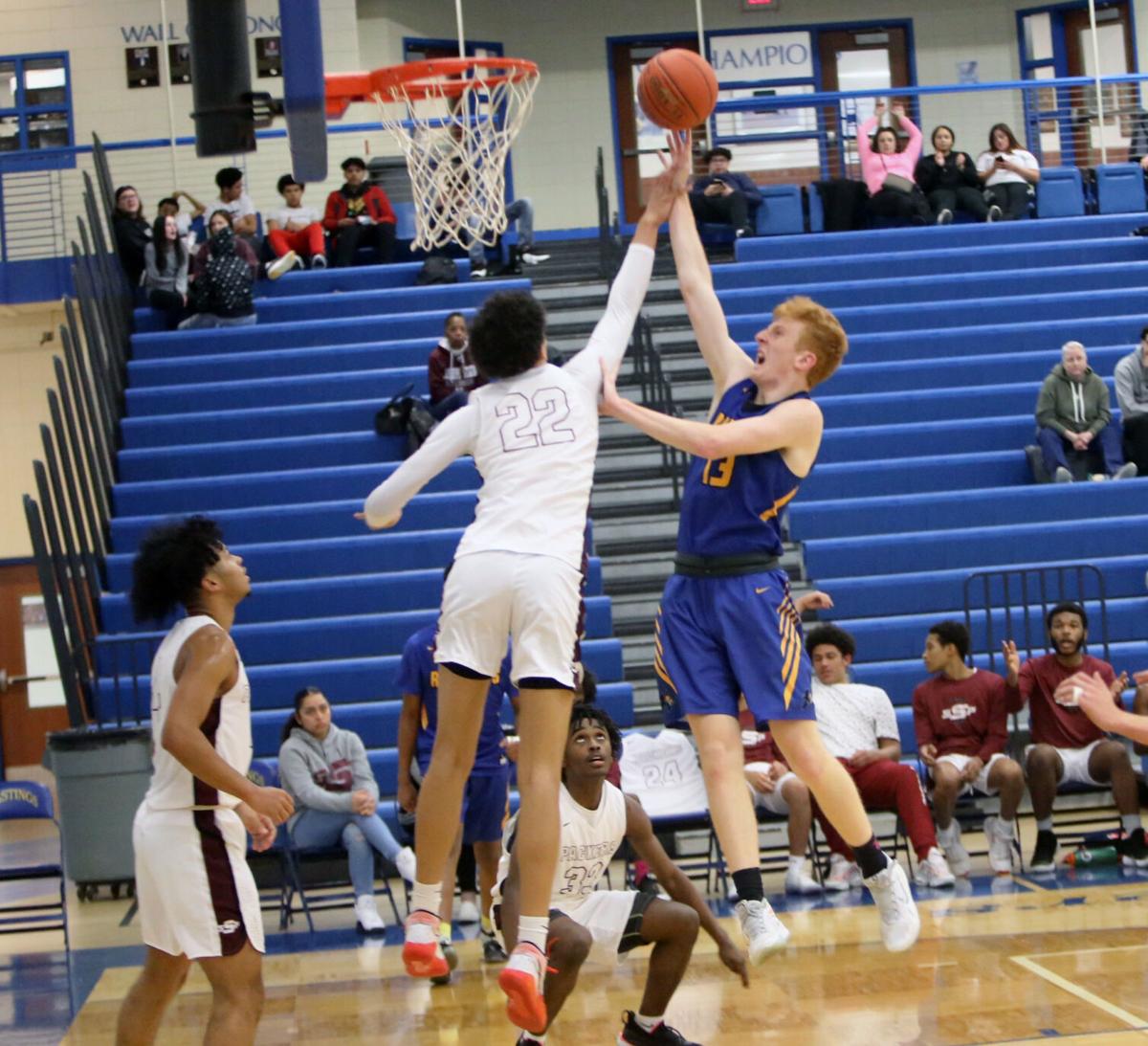 The Hastings Raiders boys’ basketball team wrapped up its regular season last Friday at home against Metro East Conference champion North St. Paul and pulled off the upset over the Polars 66-58. The win was just the latest of a tremendous stretch for the Raiders, who have gone 14-4 since the start of 2020 after they started the season 3-5.

Hastings heads into the Section 3AAAA playoffs with a 17-9 overall record and 12-4 in the MEC, which was good for third. Its win over North St. Paul was the Polars only conference loss and the first defeat since Dec. 27. They are the No. 7 seed after what some consider a controversial seeding and will travel to No. 2 Lakeville North on Thursday, the exact same match-up the Raider girls faced a week ago.

The game against Lakeville North will be Hastings’ toughest test of the season, so it’s a good thing they head into section playoffs playing their best ball. There is talk of Hastings being one of the most dangerous No. 7 seeds in the state, and that is definitely a possibility. The Raiders have more wins than any No. 7 seed in either Class AAAA or AAA. Head coach Chad Feikema said this is the best team he’s had since 2014-2015, when the Raiders won the MEC in their first year in the conference and that there are plenty of similarities between the two.

“Both teams do a really good job paying attention to details and scouting reports and both teams make very few mistakes,” he said. “That (2014-15) team had a little bit more size than this team, we had a lot of guys on that team about (6-foot-3), really this is a bunch of 6-foot, 6-foot-1 guys.”

Hastings has had a handful of players emerge during the second half of the season, such as junior Majid Mohamed, sophomore Michael Mitchell and senior Maleec Sellner, that compliment the team's core rotation. There have been a handful of games this year that one or a combination of them made critical players that helped Hastings win games.

One key feature of this year’s team is its balance. On any given night, several different Raiders could lead the team in scoring. Over the course of the season, five different players led Hastings in scoring multiple times.

“It’s been a big help for us,” Feikema said of the team’s array of scorers. “I think we’re searching for some consistency. We’d like to know that some guys are going to perform night in and night out a little bit. It’s been good that we have a number of different guys that can if a few guys are not dialed in that night, somebody else might.”

Feikema said the team focused on being more consistent on the defensive end down the stretch of the regular season. He said they often have four guys flying around on defense, making rotations, but then there is one player standing in the middle of it. He challenged some players to be more consistent on that end and they are seeing results. Offensively, Hastings continues to build upon an already high-octane system.

“I think recently, one of the things in the last week or week-and-a-half that we’ve really done well is just move the ball quickly. The ball doesn’t get stuck offensively,” Feikema said. “Transition offense has been a big part of our season throughout, but what’s happening now is even when we get into the halfcourt our ball movement has stayed pretty good.”

The Raiders want to play a high-scoring game, but also tend to give up nearly as much. They average more than 67 points per game and give up just more than 65 a game.

Unsurprisingly, Eastview received the No. 1 seed as one of the best teams in the state and will face No. 8 Park of Cottage Grove. Hastings will go to Lakeville North on Thursday. The No. 3 Rosemount Irish host No. 6 Burnsville. Eagan and Apple Valley are the No. 4 versus No. 5 match-up and combined they have fewer wins than the Raiders.

Should Hastings win at Lakeville North, they would play the winner of Rosemount and Burnsville on Tuesday, March 10. The section championship is March 13 at Farmington High School.