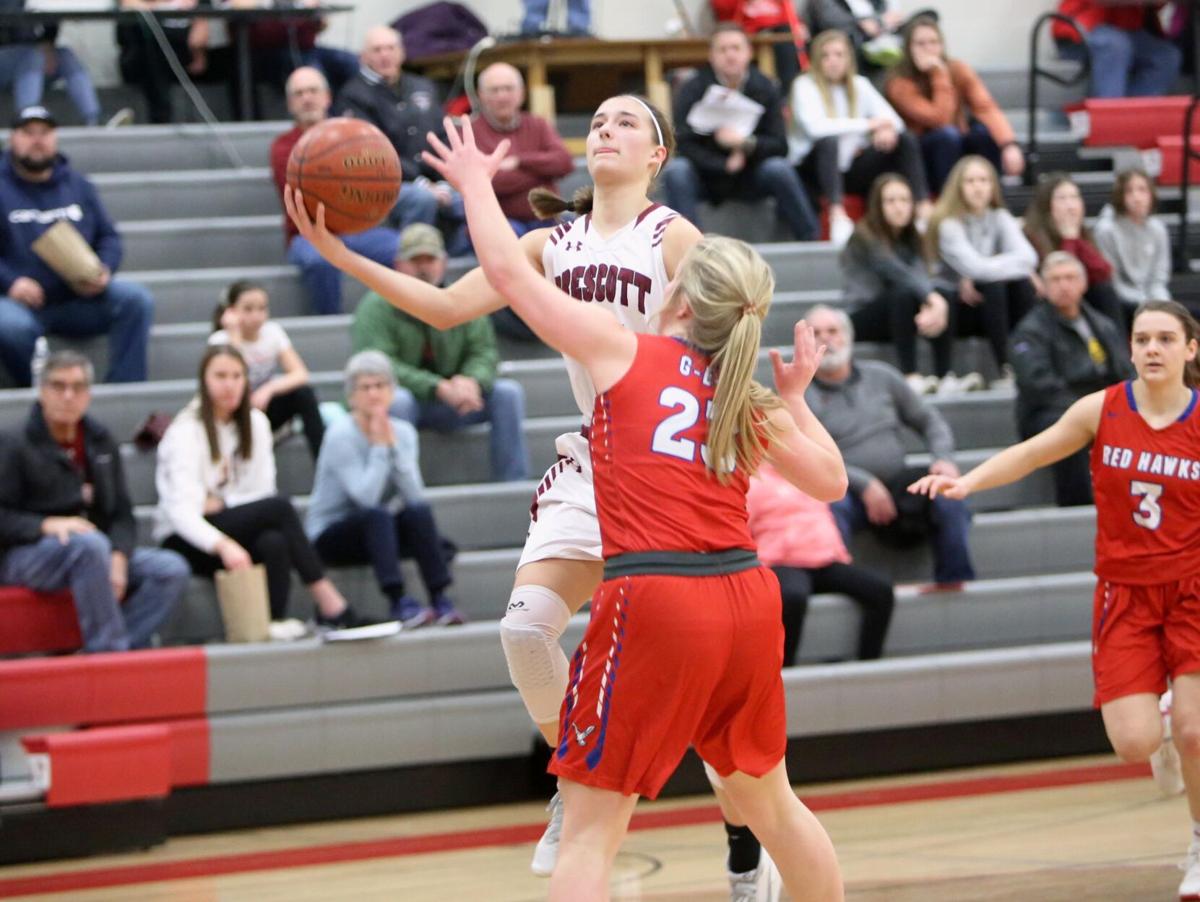 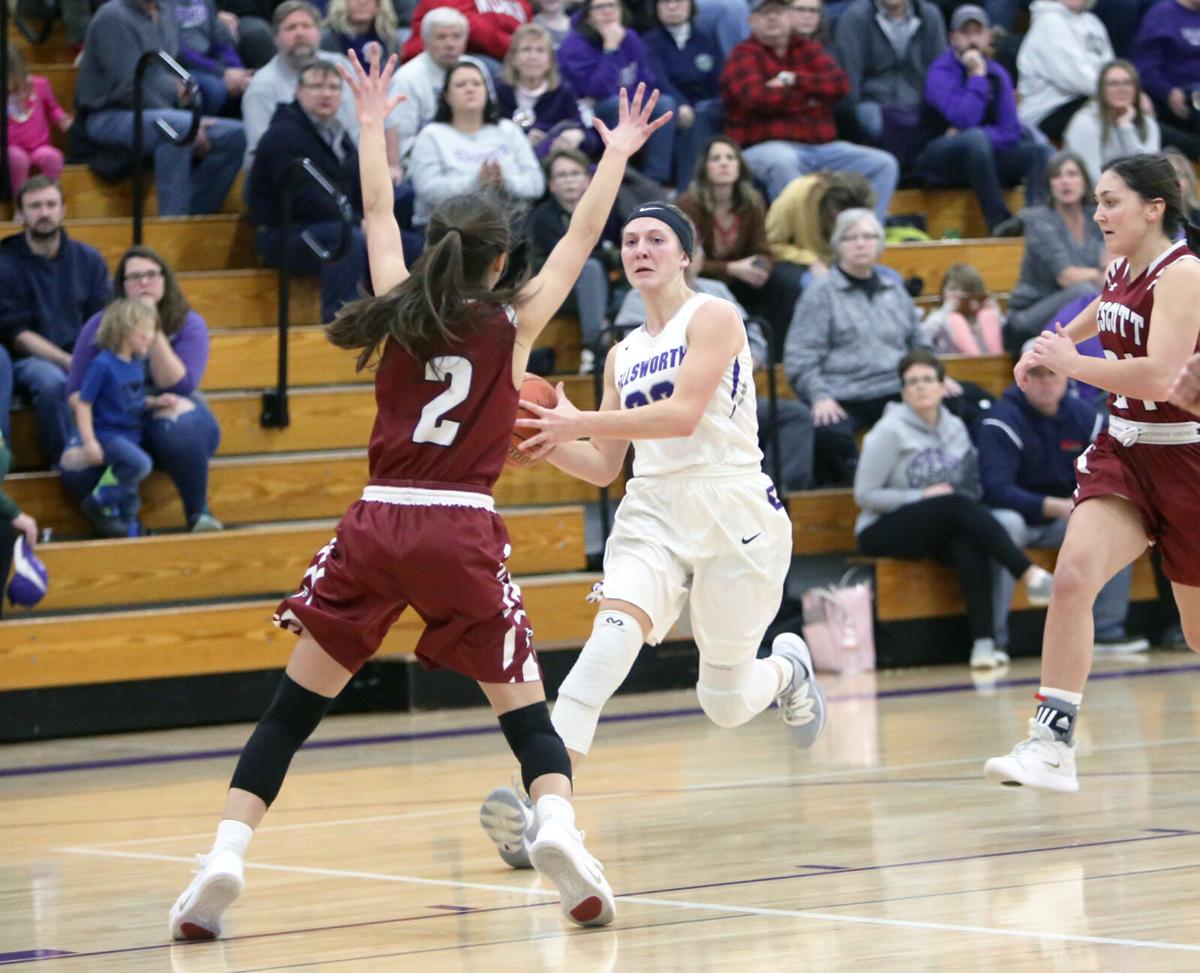 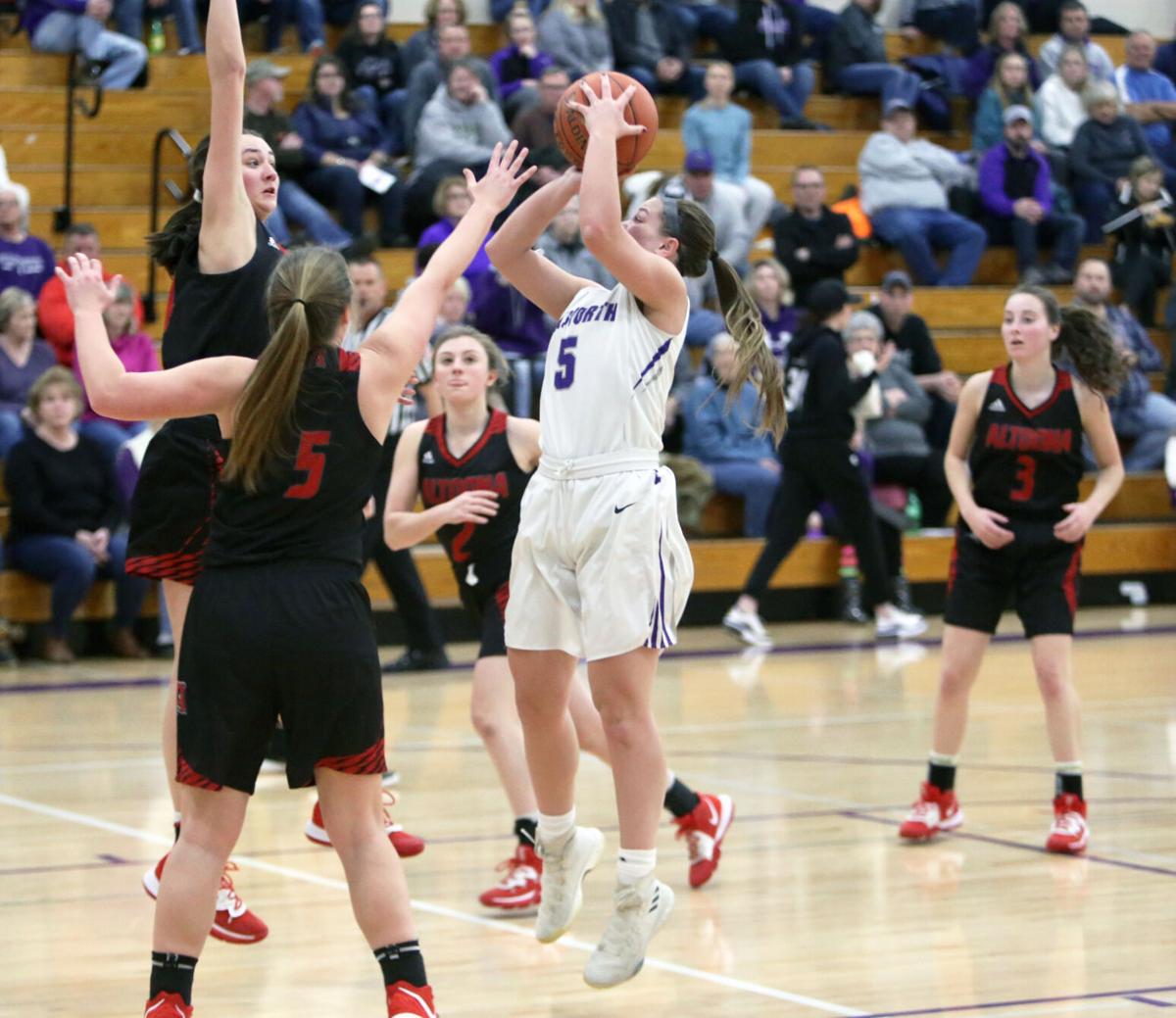 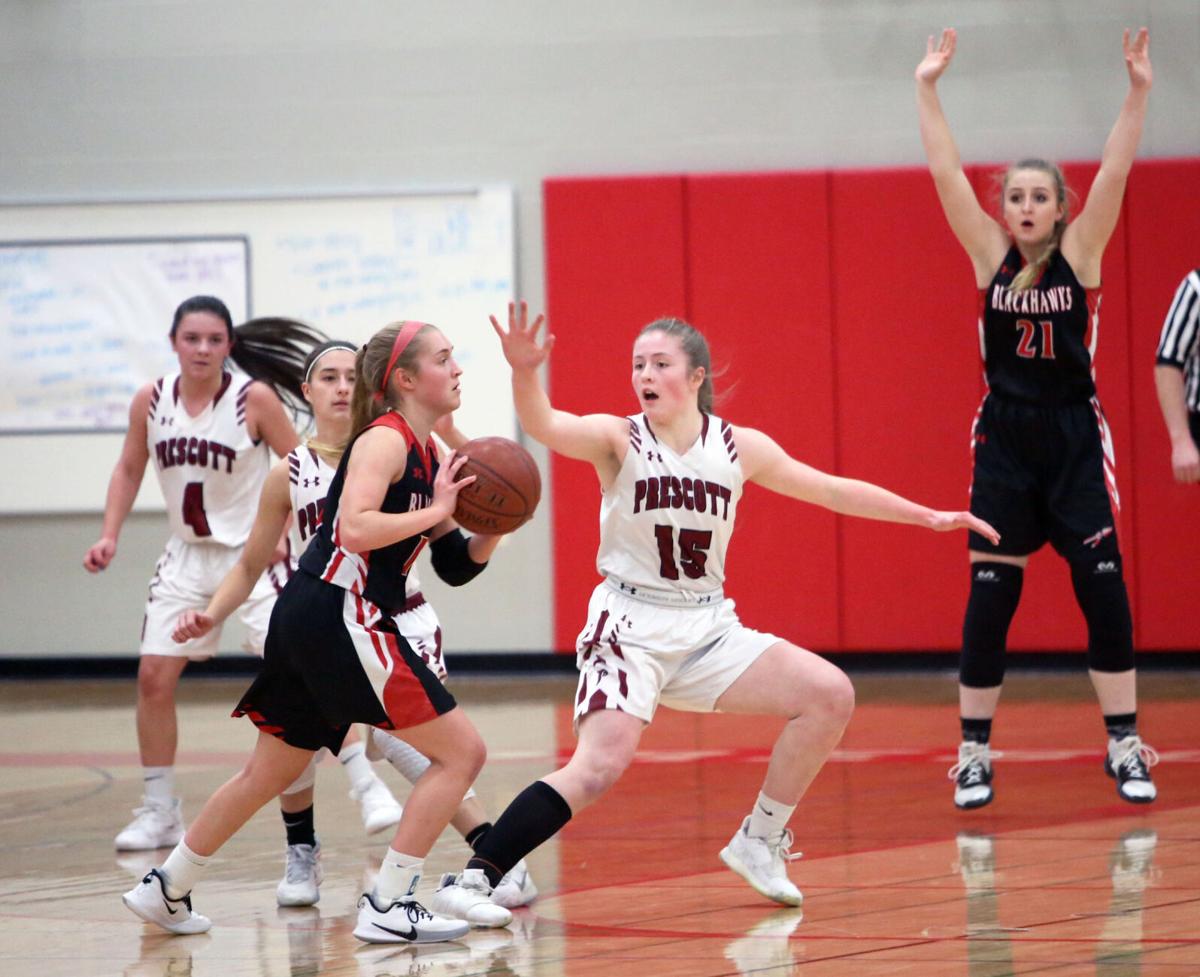 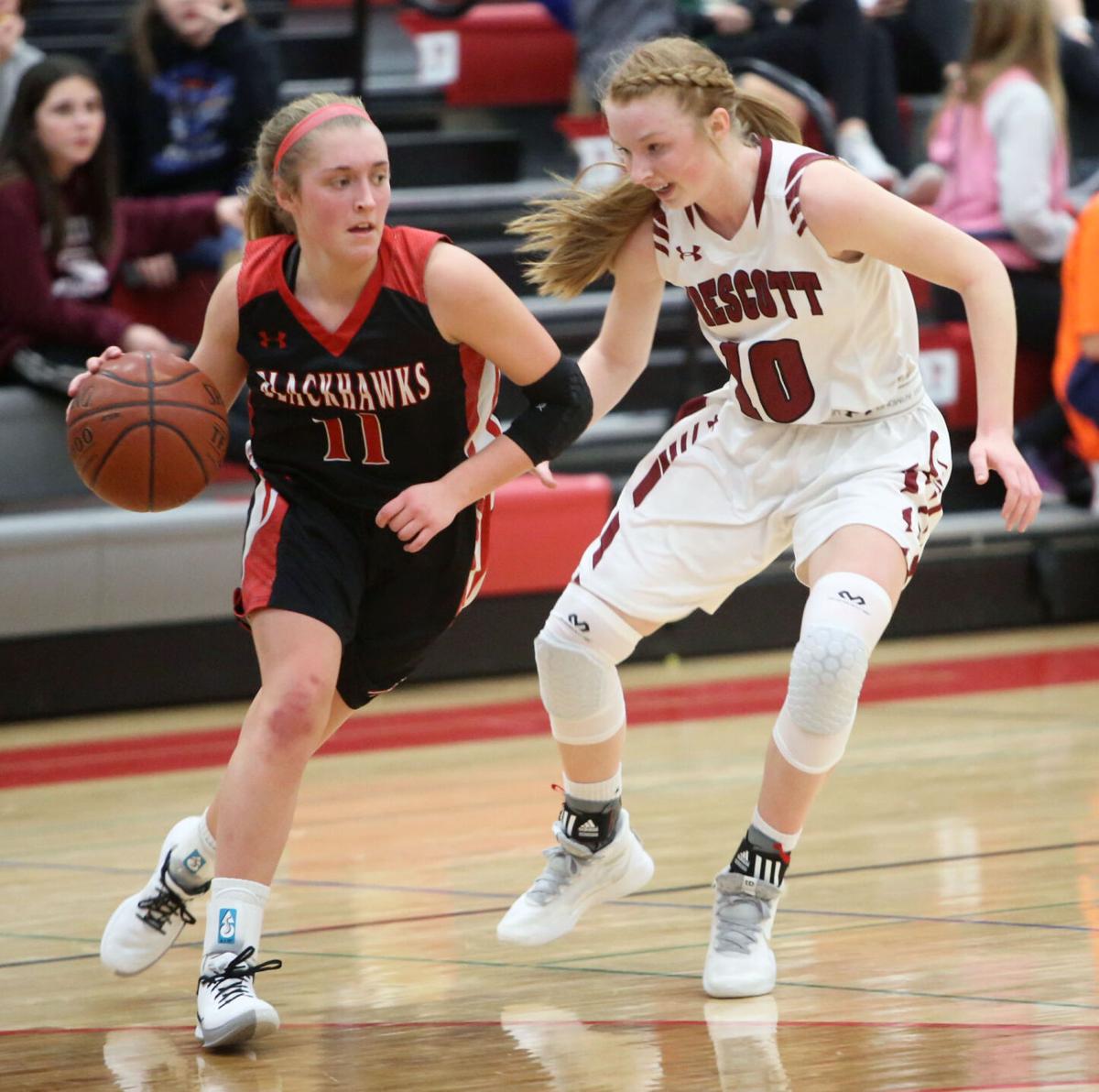 Leading the way was Prescott junior Isabella Lenz, who was named the MBC Player of the Year and First Team All-MBC. These are just the latest awards for Lenz who was also named Division 3 All-State. She averaged 23.7 points per game, grabbed 8.1 rebounds per game, dished out 3.6 assists per game as well as 4.2 steals per game. Lenz helped lead the Cardinals to their first Middle Border Conference championship and their second regional championship in a row. A knock-down shooter who qualified for the WIAA 3-point contest, the offense ran through Lenz who is also a very good passer and tremendous finisher.

Joining Lenz on the First Team All-MBC were teammate and fellow junior Nicole Dalman as well as Ellsworth’s Autumn Earney and Kaitlyn Nugent.

Panther junior Autumn Earney was second in the MBC in scoring with 18.6 points per game. It was a breakout season for Earney, who broke the Ellsworth girls’ single-game scoring record early in the season and passed 1,000 career points at the end of the regular season. She can score from all three levels and led the Panthers’ fast break with her steals from atop their 2-3 zone defense. On top of her scoring, Earney averaged 4.1 rebounds per game, 1.4 assists and 3.6 steals.

Then there is senior Kaitlyn Nugent, Ellsworth’s undisputed and tenacious leader despite being far from the tallest or biggest player on the court. Nugent is listed at 5-feet-6-inches but was fourth in the conference in scoring at 14.6 points per game as well as third in rebounds with 8.8 a game. As the Panthers’ point guard, she also averaged 5 assists per game and 2.2 steals per game. Nugent passed 1,000 career points this season and helped lead Ellsworth to its first playoff win in years.

Dalman nearly averaged a double-double for Prescott and was a solid inside-presence for the Cardinals. She scored 12 points per game along with 9.2 rebounds and just over an assist, block and steal a game while battling against some very good post players over the course of the year.