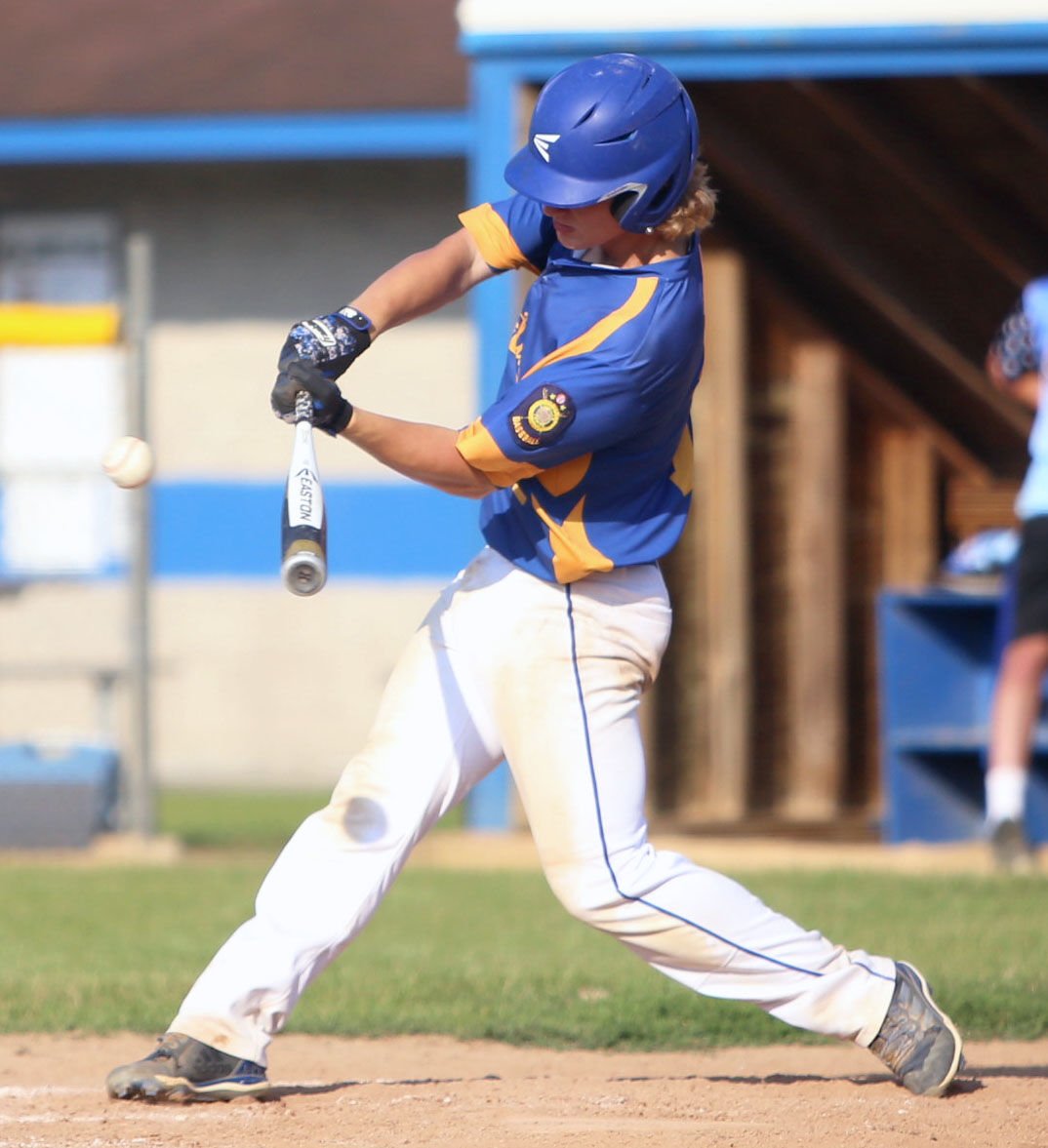 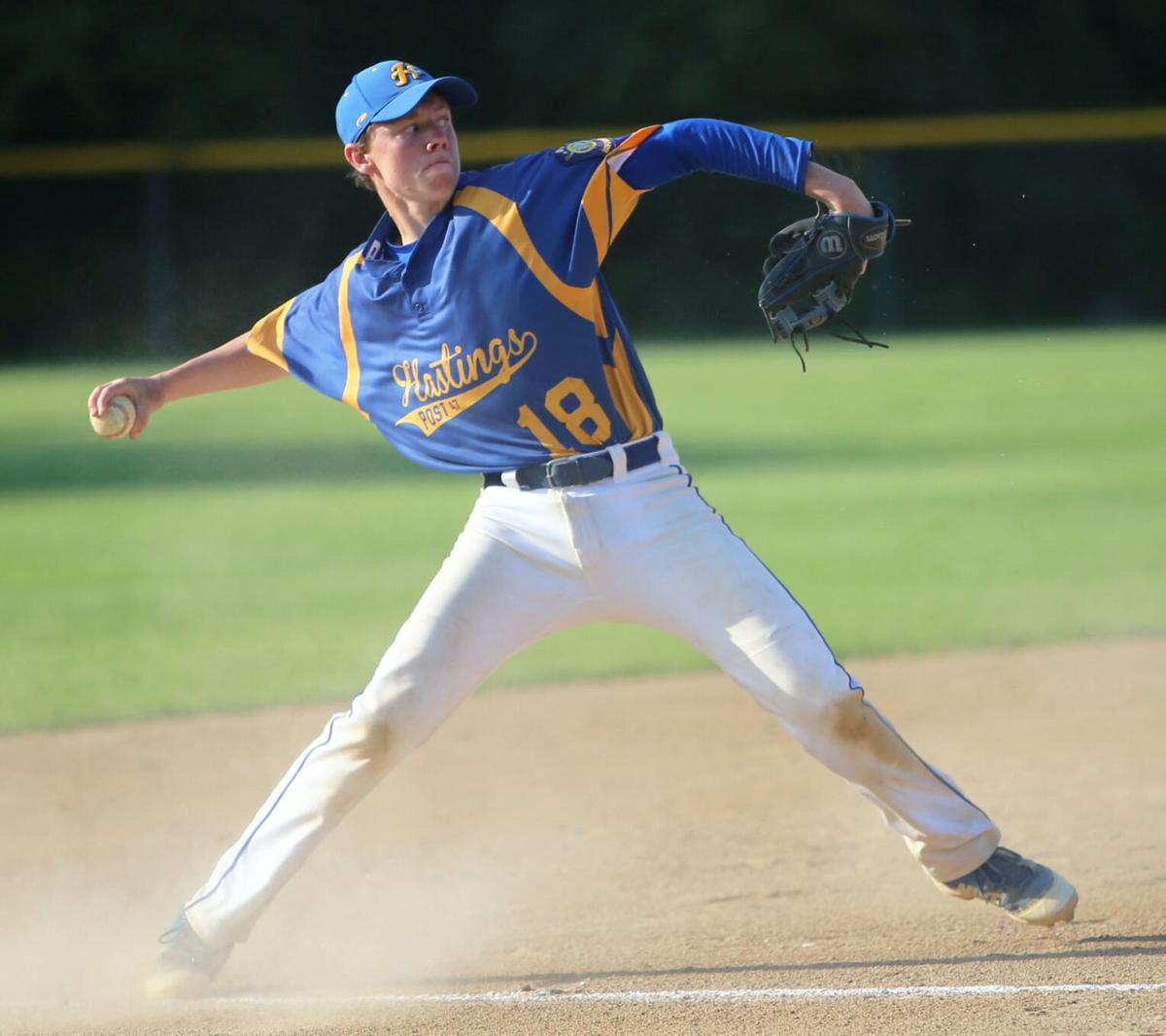 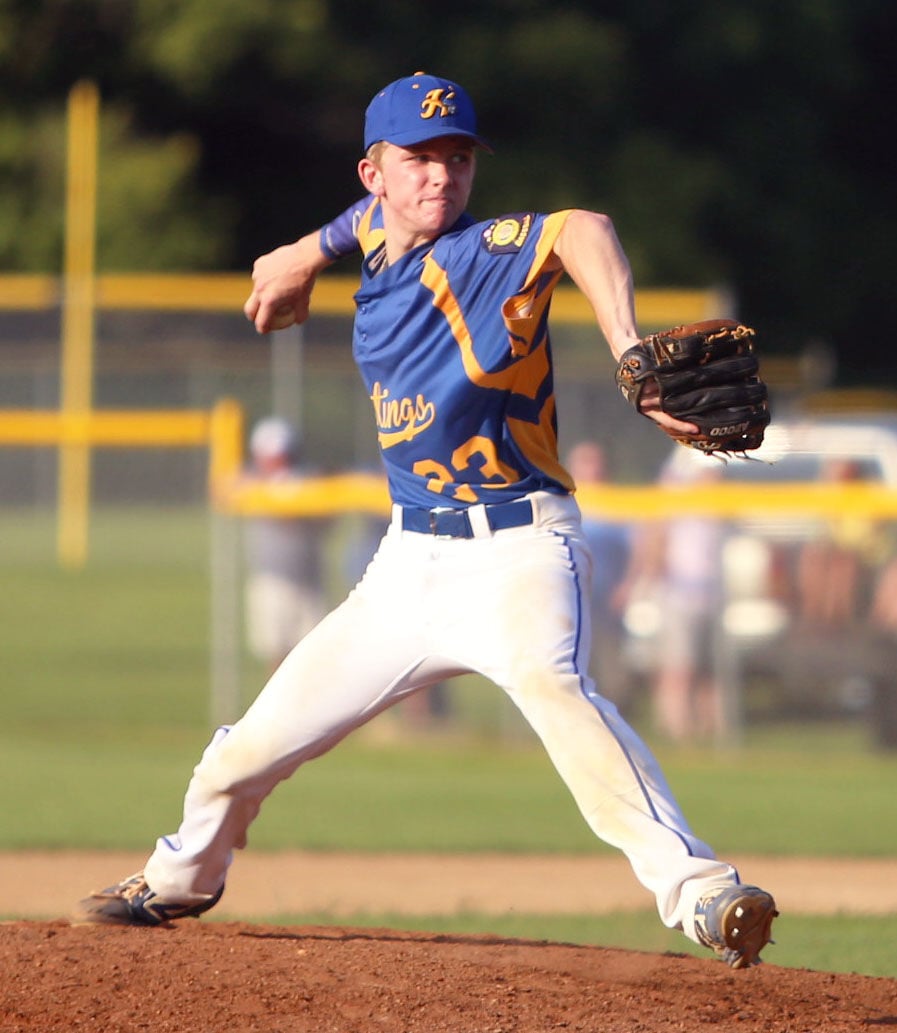 The Hastings Raiders American Legion Post 47 baseball team hosted the Sub-State 6 playoffs this past week at Veterans Park, the home of the Hastings Hawks, and at Grossman Field by the high school. The Raiders won their opening round game against Eagan 6-5 in a marathon that went 11 innings and three-and-a-half hours, but then dropped their next two to Eastview, 4-2, and Lakeville South, 6-2, to end their season. The winner of each sub-state bracket moves on to the legion baseball state tournament.

Hastings 11-inning win over Eagan in the first round had a little bit of everything one would want in a baseball game-great plays, plenty of offense, drama, clutch performances and just enough sloppiness to keep things interesting. Over the course of three-and-a-half hours, the two teams combined for nine errors, 11 runs, 27 hits and 14 walks and several pitchers.

Hastings started the scoring in the top of the first when Drew Davis scored on an error where Alex Otto reached. They went ahead 2-0 in the third on an RBI single by Zach Jorgensen that scored Dann Peters but then Eagan got on the board in the bottom half of the inning to cut the lead to 2-1.

Eagan scored three more runs in the fourth inning to take the lead 4-2. In the top of the seventh, Hastings scored three runs (Otto, Jorgensen and Will Lavin) on two walks and four Eagan errors and led 5-4 with just three outs remaining. However, Eagan scored one more run to tie the game and send it into extra innings.

Neither team scored for the next three plus innings, though Hastings left the bases loaded in the ninth and 10th. In the top of the 11th, Peters walked, Davis singled and Isaac Flynn came through with a clutch RBI single to give Hastings the 6-5 lead which they would hang onto.

Flynn started the game on the mound and went four innings while giving up four runs (two earned) on two walks and five hits with five strikeouts, earning a no decision. He was relieved by Otto who threw the fifth, sixth and start of the seventh where he gave up one run (which tied the game) on three hits and two walks. Peters pitched the final five innings and shutout Eagan as he gave up just three hits, two walks and a hit batsman to earn the win.

Peters, Flynn and Simon Hedin all had three hits apiece for the Raiders, while Flynn and Jorgensen each had an RBI.