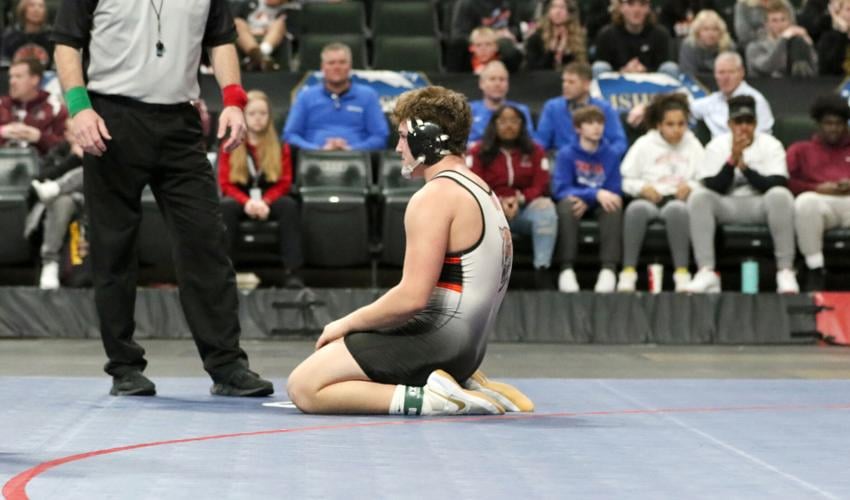 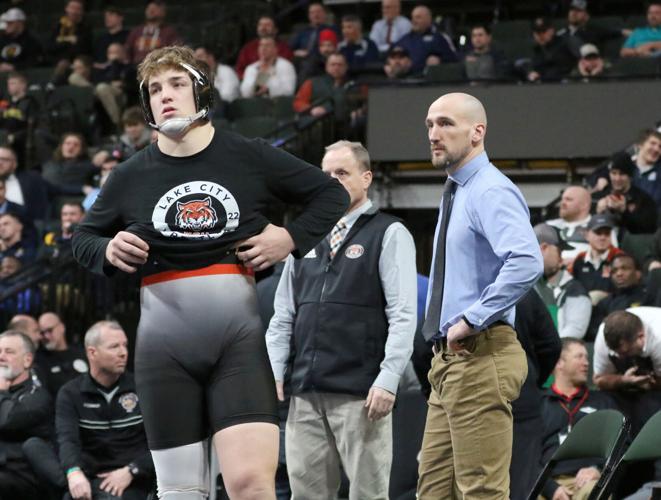 Max (left) and Will Balow (right) stand together ahead of the Class AA 285-pound state title match at the Xcel Energy Center on Saturday. Martin Schlegel / O'Rourke Media Group 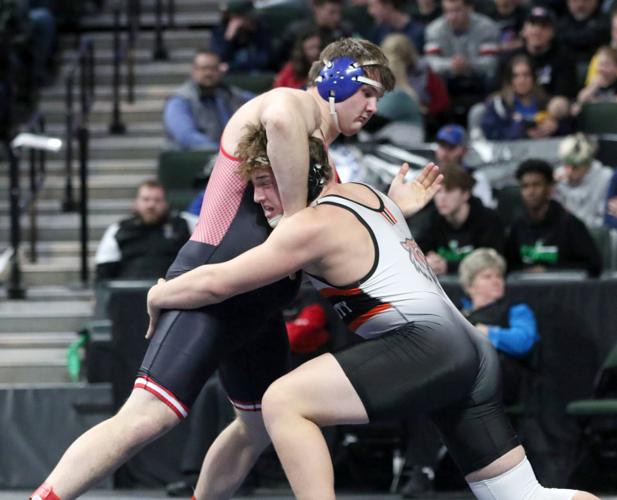 Max (left) and Will Balow (right) stand together ahead of the Class AA 285-pound state title match at the Xcel Energy Center on Saturday. Martin Schlegel / O'Rourke Media Group

The feeling of waiting for your turn, then emerging from the tunnel as thousands watch intently and the bright lights magnify the action. Max Balow wanted to take in that feeling.

He wanted nothing more than to get that experience and at the end of the night, hear his name announced and his hand raised.

He fell two points short of achieving that goal.

Balow came up short of a state title on Saturday at the Xcel Energy Center. The Lake City heavyweight lost in the Class AA 285-pound final to undefeated, St. Cloud State-commit Elijah Novak 5-4.

Balow said after his finals match, he executed his game plan well, but couldn’t quite wear out Novak when he needed points in the final 45 seconds. Yet, he still realized his childhood dreams.

“Walking out of the tunnel for that first match I had all the nerves in the world,” Balow said. “Then everything just disappears and you're wrestling again. I'm glad I was able to get here my senior year and experience it.”

Determined to beat anybody he faced, Balow won his first two matches with relative ease. He then won in overtime 6-4 in the semifinal round.

He competed all weekend with his brother, Will, sitting in his corner.

The emotional connection the two share is strong. Will credited Max as having an even more dominant season than he ever had as a high school wrestler. Will has seen the progress Max has made from last year to this year.

Having Will in Max’s corner meant more than words could explain. After all, Max has always looked up to Will.

“It's hard to put into words. It really means a lot to me,” Max said when asked what it meant to have his brother there. “Having him in my corner, seeing all the huge crowd of people, family, friends in the stands, it means a lot. Gives me a lot of pride and a lot of gratitude. Just really thankful for the people around me, Will especially. He's been a role model for me. To see him over there in my corner is just special.”

Will said he doesn’t take any credit for Max’s success. He’s simply a fan of his brother.

“It's a little different being on this side of things,” Will said. “Kind of come full circle, him being my biggest fan and now flipping the tables.”

Max next competes in baseball for the Tigers in the spring. He plans to keep training and wrestling in the summer leading up to the fall when he goes to Augustana to wrestle.

The weekend has brought out many emotions for Max and Will, yet they won’t replace the feeling of seeing the other in the midst of achieving a goal with such a deep connection.