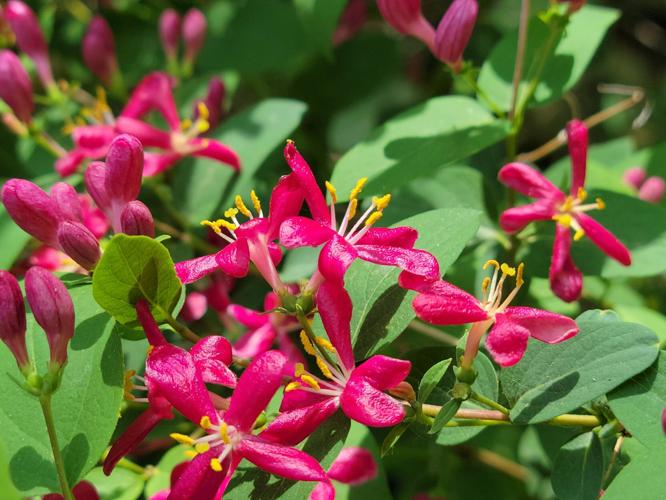 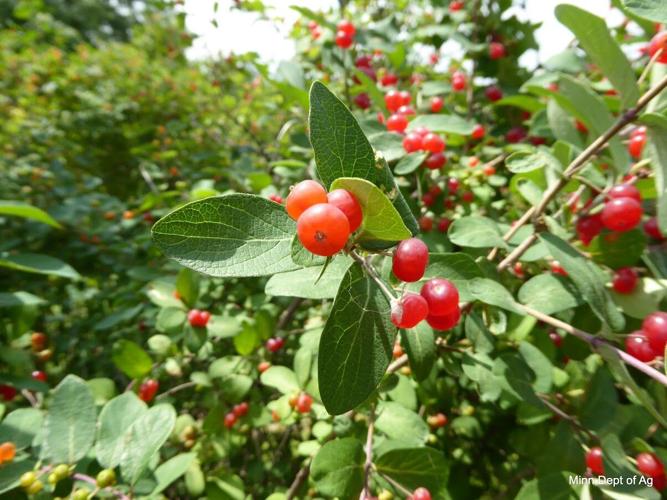 Because non-native bush honeysuckles have pretty flowers and thrive in a variety of soil conditions, they were planted as ornamentals, for erosion control purposes and as wildlife habitat. Now we know exotic honeysuckle are detrimental to our forests, spreading and outcompeting native forest understory plant species.

Non-native honeysuckles leaf out earlier and hold their leaves later than native shrubs, shading out native plants. They also begin absorbing nutrients and water earlier in the growing season, depriving our native plants of these critical resources. In the fall, you can notice their colorful red to orange-yellow berries, which are eaten and distributed by bird species, and although they have little actual nutritional value for our native birds, this creates an important vehicle to spread into new areas. Finally, their shallow root systems leave the soils more prone to erosion.

The four non-native bush honeysuckles are restricted noxious weeds, meaning the importation, sale and transportation of their propagating parts in the state is prohibited. Japanese honeysuckle (L. japonica) is also regulated in Minnesota but is a woody vine and not similar to the four bush honeysuckles focused on in this article.