Tyrone Francis Collinge, loving husband, father, grandfather, great grandfather, uncle and friend to many at 79 years, 10 months passed peacefully on Sunday, July 11th at home with his wife and family by his side. He was born in Red Wing, MN to Edna (Heins) and Samuel Collinge. Ty attended Red Wing public schools and married the love of his life, Joan Winberg, on March 3, 1962. Together, they raised three children, Melissa Reller-Carlson (Allan), Wayne (Hannah), and Brenda Anway (Kelly). Ty is survived by his brother-in-law, John Kells and sister-in-law, Mary Hart-Hundeby as well as seven grandchildren: Drew Anway, Elise Anway, Mitchell Reller, Jacklyn Collinge-Staub (Westin), Derek Reller, Emily Reller, and Lincoln Collinge and six great grandchildren. Also he is survived by three nieces and two nephews as well as several grand nieces and nephews and many cousins. He was preceded in death by both his parents, sister, Pamela Kells and grand daughter, Autumn Collinge. Ty worked 18 years at Carlson’s Sporting Goods in Red Wing as a hunting firearms specialist and an all around go to guy for skiing and tennis enthusiasts. He later owned a flooring and installation business in Red Wing until his retirement. He was a community volunteer throughout his life and served in a variety of capacities as Cub Scout Master, Environmental Learning Center hunting guide for youth, as well as at the Mississippi National Golf Links helping out where ever he could. Ty was an avid hunting, fishing, trapping, and golfing enthusiast and loved traveling with his wife, camping with his family and friends and always loved telling a good joke or two. *Memorials received will go toward Red Wing youth golf scholarships arranged in Ty’s name. A private family service will be held at Oakwood Cemetery as well as a public celebration of Life remembering Ty to be announced soon. 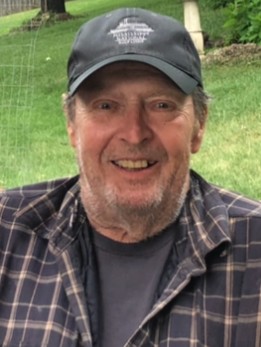