Ruth Marie (Hartle) Grunklee, 93, of Red Wing passed away peacefully on Saturday, November 12, 2022 at the Lake City Care Center. Ruth brought a smile to everyone’s face that she encountered, with her kind heart, dogged determination, and quirky sense of humor. Ruth was blessed with a loving husband of 73 years, 6 children, 13 grandchildren, and 10 great-grandchildren.

Born in Steele County, Minnesota to William and Mary (Seykora) Hartle on June 6, 1929, Ruth attended Rural School District #25. Ruth was honored to be named the Style Queen of the Steele County Fair in 1945 because of the dress she stitched. Ruth graduated from Owatonna High School in 1947. She worked at the Owatonna Locker Plant from 1947 to 1952 as a bookkeeper. She also was instrumental as a charter member of the Pratt Minnesota Commando 4H Club. In addition, she became a member of the Women’s Catholic Order of Forester (WCOF) in 1946 and served on its Literary Committee. On October 20, 1949 she was united in marriage to Norman Grunklee at Sacred Heart Catholic Church in Owatonna.

Ruth lived in Bilox, Mississippi from 1952 and 1953, where she gave birth to her first child. She moved back to Owatanna and lived with her parents on the family farm until Norman returned from Korea. She lived in Minneapolis from 1953 to 1956, then again moved back to Owatonna. Ruth and Norman lived at 1041 South Cedar St. until August 1969 when they moved to Hatfield, Pennsylvania. She lived there until 1983 when they moved to Red Wing. During her time in PA, she worked as an Avon Rep from 1971-78. She also worked at Lactonna Manufacturing Co. until 1983. During her time in Red Wing, Ruth worked at K-Mart from 1984-1999 when she retired.

Ruth was a member of the Church of St. Joseph in Red Wing where she served as a Eucharistic Minister, and was a 60-year member WCOF. She also was involved with the North Star Home Ext Club.

Ruth is survived by her husband, Norman of 73 years; six children, Douglas (Joyce) Grunklee of Skippack, Penn., Jane (John) Delp of Naples, Fla., Diane (Joel) Collett of Stephenson, Va., Joseph Grunklee of Horsham, Penn., Jon (Jessica) Grunklee of Eagan, and Daniel Grunklee of Eagan; 13 grandchildren; 10 great-grandchildren; one brother, James (Joann) Hartle of Owatonna and many nieces and nephews. She was preceded in death by her parents; her twin sister Rita; and siblings, Alice Henry, Lucille Peterson, and Lorraine Butler.

Mass of Resurrection will be 11 a.m. Friday, November 18, 2022, at the Church of St. Joseph in Red Wing with Father Brandon Theisen presiding. Burial will be at the Sacred Heart Cemetery in Owatonna. Visitation will be from 4 p.m. to 7 p.m. Thursday, November 17, at the Mahn Family Funeral Home, Bodelson-Mahn Chapel and at the church one hour prior to the Mass. Memorials are preferred to the Lupus Foundation of American, Alzheimer’s Association or Mayo Clinic for research. 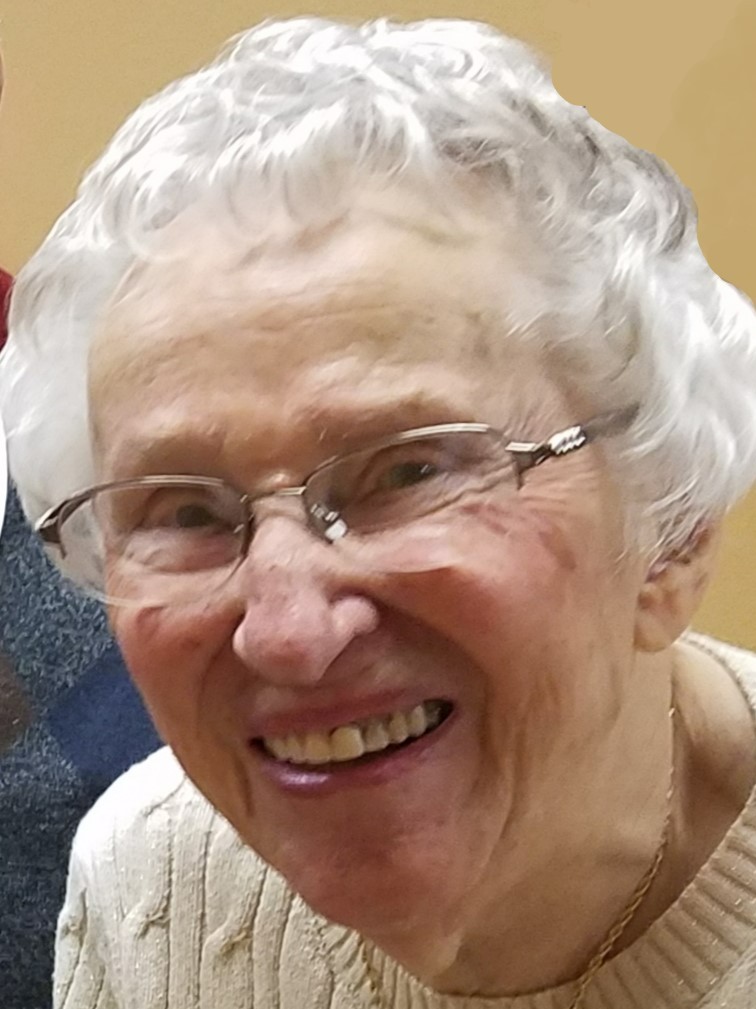