Ronald Edward Scripture, 71, of Red Wing, died Sunday, January 9, 2022, at Mayo Clinic Hospital, St. Marys Campus, after a hard fought battle with cancer. He was born May 10, 1950, in Rochester, to Maurice and Dorothy (Nixon) Scripture. Ron attended schools in Cannon Falls and Red Wing, graduating from Red Wing Central High School, class of 1969. He went on to attend Winona Vo-Tech and received his associate’s degree in aircraft mechanics. While in college he began working at NSP, where he stayed until he started R & C Trucking with Charlie Nelson. Ron also worked as a heavy equipment operator for Flueger Construction and retired from Goodhue County Public Works in 2017 as the highway maintenance superintendent. On March 22, 1980, he was united in marriage to Judy Mandelkow at Vasa Lutheran Church. In 1987, they bought a farm in Vasa, and though it wasn’t his career, he always enjoyed farming. Ron had many hobbies and pastimes, including fishing, hunting, classic cars and antique tractors, woodworking, gardening, cooking, grilling and horses. He had a thing for John Wayne and westerns and always wanted to be a cowboy; maybe that’s why he enjoyed horses so much. Ron truly enjoyed being at home on the farm with his family and his trusty side-kick, Morgan, his yellow lab and one of his favorite things to do was giving his grandkids rides on his side-by-side.  He is survived by his wife, Judy; 2 children, Aaron Scripture and Allison (Mark) Dicke, all of Red Wing; 4 grandchildren, Sophia, Virgil, Fletcher & Adalynn; brother, Robert “Bob” (Patricia) Scripture of Rochester; 2 nephews, Rob (Robyn) & Chuck (Janelle) Scripture; uncle, Loren “Bud” Scripture; aunt, Jean Farr and many other cousins, nieces and nephews.  He was preceded in death by his parents and an infant sister.  At this time, no immediate services are being held. The family is planning a gathering of family and friends this upcoming spring or summer. Arrangements handled by Mahn Family Funeral Home, Bodelson-Mahn Chapel. Online condolences may be sent to the family at www.mahnfamilyfuneralhome.com 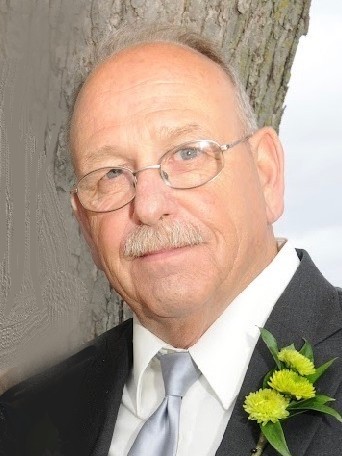