Robert Lee “Bob” Weir, 82, of Red Wing, died on Saturday, September 18, 2021, surrounded by his loving family at The Moments Memory Care in Lakeville. He was born in Cokato, MN on January 26, 1939, to Lawrence and Lucille (Anderson) Weir. He graduated from Cokato High School in 1957. Bob attended St. Cloud State University, graduating in 1961. Bob was united in marriage to Janice Wenlund on June 3, 1961, at Salem Lutheran Church in St. Cloud, Minnesota. They lived in California for two years where they were both teachers. Bob and Jann moved to Red Wing where he taught for many years and later was a principal for Red Wing Schools, retiring in 1997. He was a member of First Lutheran Church, the Red Wing Golf Club and the Golden K Kiwanis. He volunteered at the Red Wing Food Shelf, Faith in Action and delivered Meals on Wheels. Bob was an AARP driving instructor and also coached basketball, football and track during his teaching career and after he retired. Bob was an avid sports fan, especially the Gophers and enjoyed golfing, traveling and spending time with his family and friends.

Funeral service will be at 11 a.m. on Monday, September 27, 2021, at First Lutheran Church in Red Wing with Reverend Arthur Sharot officiating. Visitation will be from 2 p.m. to 4 p.m. on Sunday, September 26, 2021 at the Mahn Family Funeral Home, Bodelson-Mahn Chapel and at the church for one hour prior to the service. Burial will be at a later date at Oakwood Cemetery. Memorials are preferred to First Lutheran Church. Online condolences may be left for the family at www.mahnfamilyfuneralhome.com. 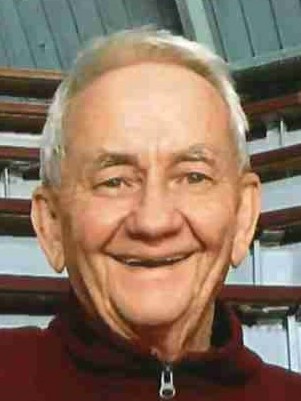