Robert “Bud” Henry Gustafson, 90, of Red Wing, died after suffering a severe stroke, Thursday, May 6, 2021, at Mayo Clinic Campus, St. Marys Hospital in Rochester. He was born October 20, 1930, in Roscoe Township, to Henry and Edna (Hickey) Gustafson. He attended one-room schools near Zumbrota, Belle Creek, Welch and Red Wing. He farmed with his father and drove the school bus for many years. He started working for Pittsburgh Plate Glass Company on July 26, 1957. P.P.G was later sold to Archer-Daniels Midland (ADM) and he worked for them until his retirement on September 30, 1993. He was drafted into the Army on April 11, 1955. He took basic training at Ft. Leonard Wood, Missouri and transferred to Dugway Proving Grounds, Utah, where he was a member of the 9771st Technical Service Unit. He was honorably discharged on April 11, 1957, with the rank of Specialist Third Class. Bud married his highschool sweetheart, Marian Jane Bryan on October 4, 1952 at Christ Episcopal Church and they were blessed with two daughters, Sandra and Susan. Family and faith were very important to Bud and he was a long-time member of Christ Episcopal where he served as the sexton. He had also been an adult leader of the Burnside Pluckies 4-H Club and volunteered as a museum Guardian at the Goodhue County Historical Society in Red Wing. In addition, he volunteered for the American Red Cross Bloodmobiles, and he himself was a faithful blood donor, giving his first pint on November 19, 1956, and had overall donated 20 gallons of blood. In his free time, he enjoyed reading, listening to music, traveling throughout the U.S. and playing a game of cribbage (and wining).

He is survived by his wife of more than 68 years, Marian; 2 daughters, Sandy Richter and Sue Gruenewald; grandchildren, Jeffrey (Annette) Richter, Sarah Richter and Karen Makielski; great-grandchild, Benjamin Meyer and several nieces and nephews. He was preceded in death by his parents; siblings, Irene O’Reilly, Dorothy Hadler and Lester and Richard Gustafson, son-in-law, Robert Richter and grandson-in-law, Jesse Makielski.

Visitation will be from 5-7:30 p.m. Tuesday, May 11, at Mahn Family Funeral Home, Bodelson-Mahn Chapel. Masks and social distancing required. Private service will take place at Christ Episcopal Church and burial will be at Burnside Cemetery. Memorials are preferred to the Golden Book of Memories at Christ Episcopal Church. Online condolences may be sent to the family at www.mahnfamilyfuneralhome.com 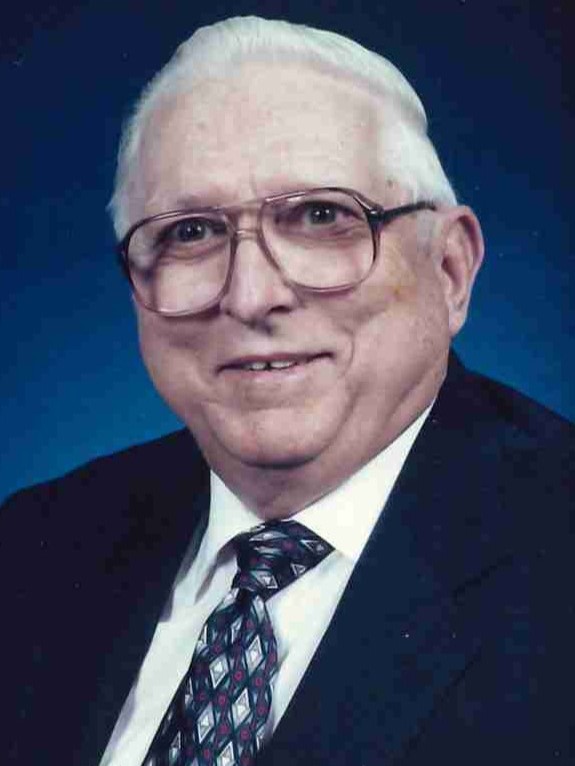