Randy passed into eternal life on September 24th after a brief illness. Born in Duluth, MN on February 25th, 1957, to the late Roy and Phyllis Kivi. Randy was well loved by all who knew him. Randy graduated from Red Wing High School in 1975, where he played baseball, football and hockey, and was named Athlete of the Year. A gifted hockey player, he still holds records at UW-River Falls, and in 1980 he tried out for the Olympic hockey team. Randy held a variety of jobs, but his favorite one was as a firefighter for 13 years with the Eden Prairie Fire Dept. Besides his parents, Randy was preceded in death by his sisters, Karen Gusa and Leanne Lind; his brother-in-law, Bill Langhans; and great-niece, Jana Langhans. He is survived by his significant other, Cynthia Elliott; sons, Michael Pavelko, Ryan Oliver and Nicholas Kivi; three grandchildren; sisters, Marilyn Rankila and Jan Langhans; brothers, Rodger and Roy Kivi. Visitation 4-6 pm. Thursday, October 7th at the Willwerscheid Funeral Home, 1167 Grand Ave. St. Paul with a Memorial Service to follow at 6:00 p.m. (651) 228-1006 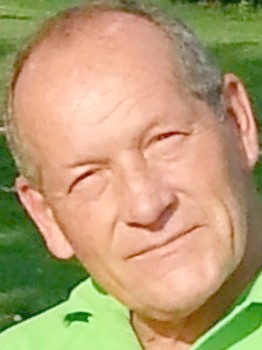