Meredith Mae “Jo” Severson, 95, of Red Wing, died on Friday, September 16, 2022, at Mayo Clinic Hospital, St. Marys Campus in Rochester. She was born February 17, 1927, in Red Wing to Alfred and Phyllis (Bohmbach) McCue. She graduated from Red Wing Central High School in 1944. On April 5, 1947, she was united in marriage to Edward Severson. She worked in the Goodhue County Welfare Department as a social worker and then at the Seminary Home as a social services director until her retirement in 1990. Jo was a lifelong member of First United Methodist Church in Red Wing and was part of the Eve Circle. She was a hospice volunteer and also volunteered for many years for Faith in Action. She enjoyed cooking, baking, and entertaining for her family and friends. Her family and grandchildren were her greatest joy. Jo’s fondest activities were watching the Minnesota Vikings, playing bridge, dancing, and traveling.

She was preceded in death by her husband; parents; brother, DuWayne; and son, DuWayne.

Memorial service will be at 11 a.m. on Friday, September 23, 2022 at First United Methodist Church with Reverend Linda McCollough officiating. Visitation will be one hour prior to the service. Burial will be at Burnside Cemetery. Memorials are preferred to First United Methodist Church or to an organization of the donor’s choice. Arrangements made by the Mahn Family Funeral Home, Bodelson-Mahn Chapel.

Jo will be deeply missed by her family and friends and all whose lives she touched. Blessed be her memory. 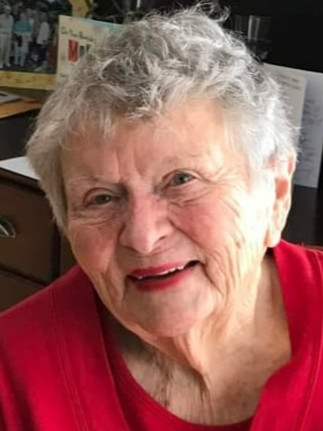