Margaret Elaine “Peg” Edel, 70, of Excelsior, formerly of Goodhue and Red Wing, died Friday, April 2, 2021, at Methodist Hospital in St. Lois Park. She was born on February 23, 1951, in San Antonio, TX to Kenneth and Dorothy (Haider) Brown. She graduated from Ely Memorial High School in 1969 and then attended St. Cloud State University. On May 23, 1971, she was united in marriage to Richard J. Edel. They later divorced. For many years she worked in the office for Santa Fe Railroad in Fort Madison, Iowa. She later moved to Minnesota to be closer to her sister and children and resided in Goodhue and then moved to Red Wing in 1996. In her younger years she was a member of the Jaycees where she always enjoyed helping with the Tri-State Rodeo along with many other community projects and events that they hosted. She enjoyed painting, gardening and animals, especially her puppy dogs. She was affectionately known as “Puppy Grandma” to her grandkids. Her family recalls the love and kindness she always showed to others.

Peg is survived by two children, Michelle (Art) Aytay and Rick (Sarah) Edel; four grandchildren, Katie Aytay, Isabella Elleanna and Annabelle Edel; her siblings, Susie, Kathy, Charlie, David, Jerry, Mary and Patsy; many nieces and nephews and her former husband, Richard. She was preceded in death by her parents and one brother, Kenny.

A private service will be held at Holy Trinity Catholic Church in Goodhue. The service will be live streamed on the Mahn Family Funeral Home’s Facebook page at 11 a.m. Thursday, April 8, 2021. Burial will be at the Oakwood Cemetery in Red Wing. Funeral arrangements are by the Mahn Family Funeral Home. Bodelson-Mahn chapel. Online condolences may be sent to the family to www.mahnfamilyfuneralhome.com. 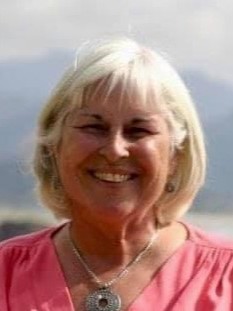