Lois Margaret (Simanski Wangen) Dahling, 87, of Red Wing, died unexpectedly on Tuesday, November 22, 2022, at her home. She was born on July 22, 1935, to Adolph and Gudrun (Johnson) Simanski in Goodhue where she also attended schools. On September 26, 1953, she was united in marriage to Merlyn Wangen. To this union they were blessed with six children. Merlyn died on April 29, 1980. For many years she was a child care provider for many families. On February 14, 1981, she was united in marriage to Lyle Dahling and they spent 19 years together before his death on December 5, 1999. For five years, from 1983-1988, she and her daughter, Cheryl owned and operated River Country Collectables. Lois was a member of First Lutheran Church and the Leo C. Peterson American Legion Post #54 women auxiliary. Her family was of the utmost importance to her. She enjoyed spending time with them, playing pool, cards and games, taking care of her grandchildren and reminiscing about her childhood years. One of her passions was cooking. She also could be found in her home canning and watching game shows. She also enjoyed driving around Goodhue County with her sister-in-law, Elaine.

Funeral service will be 1 p.m. Monday, December 5, 2022, at First Lutheran Church in Red Wing with Reverend Arthur Sharot officiating. Burial will be in the Burnside Cemetery. Visitation will be for one hour prior to the service at the church. Memorials are preferred to First Lutheran Church and the Kiwanis Flower Basket Fund. Arrangements are by the Mahn Family Funeral Home, Bodelson-Mahn Chapel. 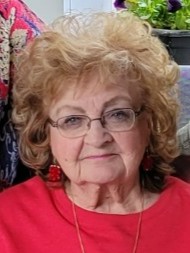