LeRoy Benjamin Swenson, 80, of Goodhue, passed away Tuesday, October 12, 2021, at his home. He was born on April 2, 1941, in St. Peter, MN to Benjamin & Vera (Whiting) Swenson. He grew up in Atwater, MN where he graduated from high school in 1959. For several years he worked in St. Paul at his uncle’s bowling alley and then moved to St. Peter where he met Patricia Beaumont, they were married on October 3, 1964. They lived in various places including, Mankato, St. Cloud, Mitchell SD, Welch and then Red Wing where he worked for Nash Finch. From 1987-2004 he worked for the Red Wing Shoe Company until his retirement. In his earlier years he served in the Minnesota National Guard along with raising and training Labradors. Throughout his life, his obsession with sheep and poultry, allowed him to give his children and grandchildren an extraordinary experience in 4-H & FFA. He also loved to get any and everyone involved in hunting and fishing. Sports played a major role in raising his family. He and Pat were snowbirds that went to Florida and Texas since 2011. In April 2020, they moved to Goodhue.

LeRoy is survived by wife Pat of 57 years; five children, Scott (Amy) Swenson of Jacksonville, FL, Tonia Swenson of Richmond, VA, Lorie Swenson of Dodge Center, Dusty (Angie) Swenson of Viroqua, WI and Nicole O’Reilly of Goodhue, MN; 12 grandchildren; one great grandchild; two sisters, Ruth Ann Tait and Betty (Dean) Torgerson all of Brackettville, TX and many nieces and nephews. He was preceded in death by his parents and two infant daughters, Connie and Jodie.

There will be a small family graveside burial on Saturday, October 16, 2021, followed by a celebration of life on Sunday, October 17, 2021 at 2 p.m. at the Swenson’s home in Goodhue. Arrangements are by the Mahn Family Funeral Home, Bodelson-Mahn Chapel. Online condolences may be sent to the family at www.mahnfamilyfuneralhome.com 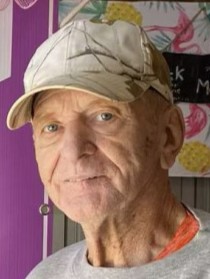