Gerald B. Nelson, 92, of Red Wing and formerly Ellsworth, died Tuesday, March 23, 2021 at Benedictine Community Living Care Center. Gerry was born December 4, 1928 on the family farm in Elk Mound, WI. He was the youngest of 5 children born to George and Myrtle Nelson. He graduated from Elk Mound High School and served in the Korean War from 1951 until he was honorably discharged in 1952.

He was united in marriage to Erna Pregler in 1953 and later Dorothy King in 1982. He worked 32 years for Northern State Power beginning as a lineman in 1955 until his retirement as district manager in 1987. Gerry especially enjoyed his involvement with the Red Wing Masonic Lodge and was an active member of the Eidsvold Lutheran Church. He was a lifelong fan of the Minnesota Twins and the Vikings. 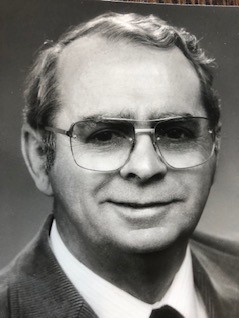