Floyd G. Stordalen, age 92, of Red Wing died Sunday, October 10, 2021 at his residence. He was born on July 31, 1929 on a farm 2.5 miles south east of Alamo, ND to Fred and Gertrude (Selsing) Stordalen. After his father’s death in 1935 he lived with his grandparents and uncle, Pete most of the time. His family thought it was best not to live with all those girls being the only boy in the family. While being a farmer he acquired two black and white pinto horses, just like his Dad had years back. He was very proud that he broke them to ride and harness as a team. He left the farm for a while to work for as a lineman climbing poles and tying in wire for a company that was building high lines for several electrical companies. He built lines from Antelope, MT across North Dakota, and Minnesota. After several years he moved back to Alamo and worked for several farmers in the area. In 1955 he met his dear wife Arlene Rassier and they were married September 8, 1956. They lived in Alamo where Floyd continued to work for several area farmers. In the winter he would work for Western Fruit as an ice harvester for their ice houses by the rail road tracks in North Dakota and Minnesota. In 1968 they packed up their family and moved to Red Wing where he was hired on at the grain elevator as a barge loading Forman. After 25 years he was promoted to head of plant maintenance until retiring in 1997. He then went to work at Mississippi National Golf Links where he mowed lawns and at the skating rinks in the winter time. He volunteered at St. Joseph Church and helped his former boss with yard work. In 2005 the good Lord, in a roundabout way, told him they needed some help up at St. Joseph’s Catholic Church in Meisville, so he went up there to volunteer for a couple years. During that time he became a member there. He was also a member of the Knights of Columbus Council 1223 and a member of Alcohol Anonymous with over 40 years of sobriety. He loved and appreciated his family. He especially enjoyed being a grandfather and attending family BBQ’s.

Funeral service will be 11 a.m. Thursday, October 14, 2021 at St. Joseph Catholic Church in Red Wing with Father James Notebaart presiding. Burial will take place at Calvary Cemetery. Visitation will be one hour prior to the service at church. Memorials are preferred to American Diabetes Association or the American Cancer society. Online condolences can be sent to the family at www.mahnfamilyfuneralhome.com 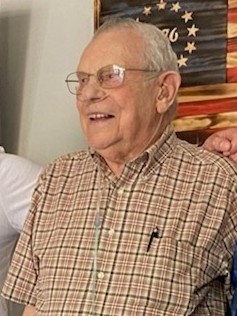