Elroy “Pete” Peterson, also referred to as “Schlitz”, died Thursday, December 23, 2021, at his home, with his family by his side. He was born March 4 1937, in White Rock, MN, to Fred and Eleanor Peterson and graduated from Red Wing Central High, class of 1955. He drove an egg truck, worked for Sears Roebuck as a salesman and was a beer delivery driver. He also bartended at the Elks Club and other locations. He retired as the shop foreman at Monson’s Trucking Company in 1999 after 30 years of service.   Elroy Served in the US Navy from 1955-1958, aboard an aircraft carrier, experiencing travel in the Mediterranean, of which he took many pictures of, now saved as slides. He was married to Janice (Hattemer) on April of 1959 until 1982 when they divorced. He later married Gloria Bowen on July 11, 1986 and together they enjoyed 29 years until her passing September 16, 2015. He and Gloria built their home, doing a lot of the work themselves. Elroy was with Gloria and cared for her at home until her passing and Elroy, too was able to be at home until his death, cared for by his family. Elroy and Gloria reveled in their time together. Even after many years together, they still behaved like a newly married couple. They enjoyed dancing, biking, camping, a family cruise and RV traveling to see outstate family.  Pete always enjoyed being outside--fishing, hunting, boating, mushroom hunting, golfing and was a great bartender at family and friend gatherings. He was a Mr. fix-it, a talented cook (McElroy breakfast sandwich & battered walleye to name a couple) and was a great listener, problem solver, tinkerer, good friend and helper--he was always willing to help a friend by making something, giving them rides to doctor appointments or modifying things in their homes to make life easier. Elroy saw value in everything and he could find a way to make something old new again & could fix anything.  He was a great dad, grandpa and great-grandpa and had such a big heart! He also loved making things for his family in his workshop out of wood and he never missed an opportunity to brag about the accomplishments of his grandchildren. There are so many stories and memories we have been told and yet we wish we could hear more. He always kept us informed with news about his friends and things that he did—always with a great sense humor and a big smile. A hard part of losing someone and letting them go, is knowing there won’t be any more new stories to be told.  He was a life-long member of First Lutheran church, where he was very active, working in the kitchen, ushering, and so willing to help in any way needed and had many church friends. He was also a member of the Leo C. American Legion Post 54, and the BPOE 845 Elks Club, where he enjoyed the fish fries and events and talking with the bartenders, sharing stories with them and making them laugh.  Elroy kept life simple--he never had internet and only used a flip phone—maybe that’s the secret to life, or at least a simple life! Pete was one of a kind, and you couldn’t find a better guy.  Survived by children Julie (Bill) Hoeft, Todd Peterson, Tim (Terri) Peterson; step-children, Jim (Martha) Bowen, Kellie (Scott) LeClair, Joe (Stephanie) Bowen and John (Lori) Bowen; 20 grandchildren and 16 great-grandchildren; sisters-in-law, Berta Peterson, Joan Kendall and Phyllis (Ed) Morehouse and brother-in-law, Stan Hattemer; numerous nieces, nephews, and cousins, and his special companion these past 6 years – K.C. (His loyal dog, who joined him after Gloria’s passing…rode everywhere with him in his truck and pontoon). He was preceded in death by parents, brother, Frederick, half siblings Willis, Marie Cordes, Kenny, wife Gloria, ex-wife Janice, best buddy in law Bill Kendall.  Memorial service will be 11 a.m. Friday March 4th, 2022 at First Lutheran Church in Red Wing. Visitation will be 4-7pm Thursday March 3rd, 2022 at Mahn Funeral Home, Bodelson-Mahn Chapel and one hour prior to the service at the church. A military burial will follow at a later date at Frontenac Cemetery. Memorials preferred to First Lutheran Church, RW Mayo Hospice or the Salvation Army. Online condolences may be left for the family at www.mahnfamilyfuneralhome.com 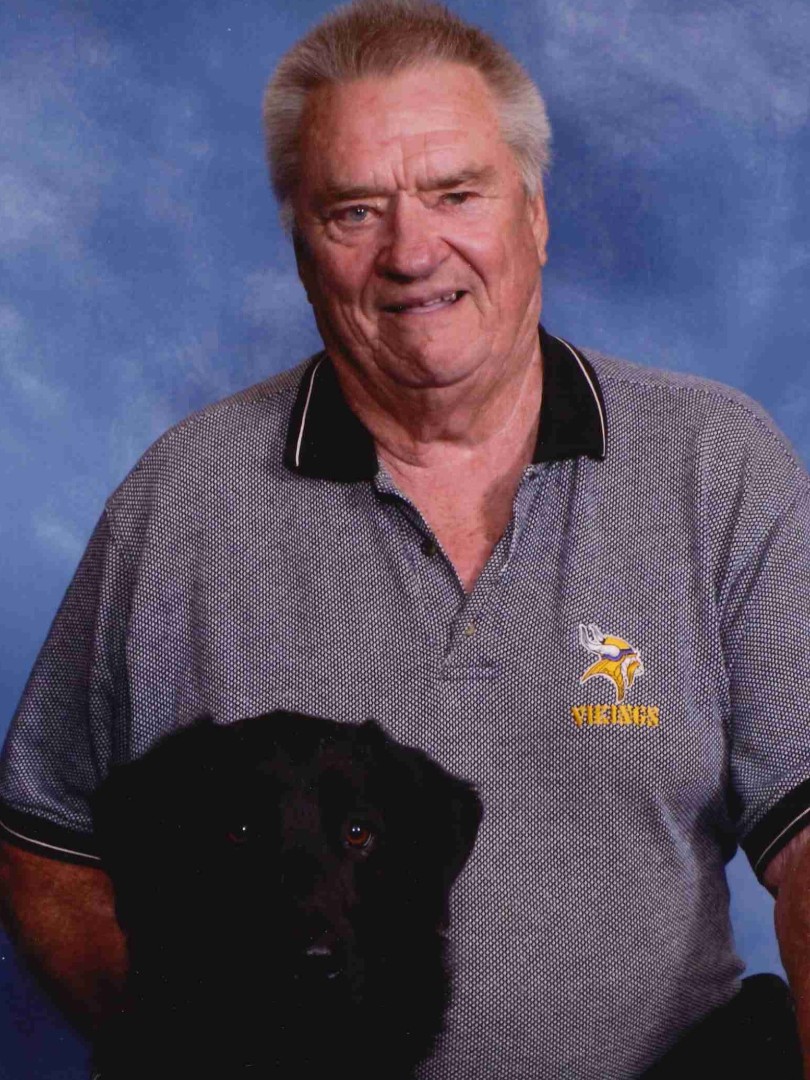