Donald Edward Lundstrom, age 73, of Ellsworth, WI, passed away peacefully holding the hand of his beloved wife and surrounded by their children at Abbott Northwestern Hospital on May 28, 2021. Don, the eldest child to Loyal and Helen (Edwards) Lundstrom, was born on January 28, 1948, in Monticello, MN. He graduated from Milan High School in MN in 1966. Upon graduation, he enlisted in the U.S. Navy and served his country for two years as a radarman aboard the USS Belknap. Don graduated from UW-River Falls with a Bachelor of Science degree in Agricultural Engineering. On August 22, 1970, he was united in marriage to his cherished wife Linda Lundstrom at the Spooner Wesleyan Church.

They began their life together in River Falls, and after eight years, Don and Linda purchased a small farm situated in a picturesque valley in Ellsworth, WI, where they currently reside. Don, alongside his family, managed a small herd of dairy cows for years and still to this spring continued to farm the land. God, his family, and this small farm, with all that it encompassed, were the three loves of his life. Don was a seed planted in fertile soil, having strong faith and dedication even through challenging times. Ever the patient, thoughtful, and unhurried man, Don took great pleasure from designing, building, and sometimes rebuilding every room and addition of their home. Don had a natural gift for mechanics that was put to good use, constantly maintaining farm machinery and vehicles. Don also knew the value of rest and sharing time with those he loved. He savored the morning coffee breaks on the front porch with his wife and any family or friends that happened to stop by—plus being a well-read and very knowledgeable person. In addition to farming, Don worked several places and odd jobs throughout his life, most recently as a Contract Administrator for the Department of Defense. He also served on numerous church and cooperative boards, where his even-keeled leadership was greatly respected.

Visitation will be held at First Covenant Church, River Falls on June 9 from 9:30 to 11 a.m. with a Celebration of Life service at 11:00 a.m. Memorials may be given to Don’s favorite charitable organization, Feed My Starving Children. 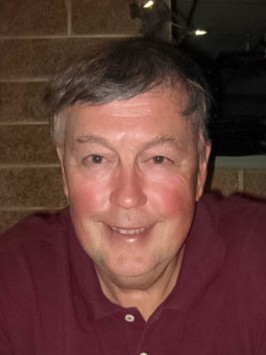