Dennis  “Denny” Joseph Ottem, 80, of Red Wing died Friday, July 23, 2021, at Mayo Clinic Health System, Methodist Campus. He was born on December 1, 1940, in Red Wing to Alfred and Genevieve (Cunningham) Ottem. He graduated from Red Wing Central High School in 1957 and then attended Mankato State University. He then served in the US Navy during the Vietnam war. Following his discharge he returned to Red Wing. He worked for 20 years at 3M in Maplewood before co-owning and operating Andy’s Bar in Red Wing. For the past 25 years he has worked at Mr. Sippi near Hager City. He was a lifelong member of the Church of St. Joseph, as well as a member of the Leo C. Peterson American Legion Post #54 and the Red Wing Amateur Baseball Association. He was an avid sports fan, holding season tickets for the Minnesota Vikings for many years. He was proud that he could attend the first three of the four Vikings Super Bowl debacles. Baseball was another of his passions. He worked countless hours at the “Ath”. In 2009 he was inducted into the Red Wing Amateur Baseball Hall of Fame. He was also a past president of the Cannon Valley Baseball League. His family was very important to him, especially his two grandsons.

Mass of Resurrection will be 11 a.m. Thursday, July 29, 2021 at the Church of St. Joseph with Father Brandon Theisen officiating. Burial will be at the Calvary Cemetery. Visitation will be for one hour prior to the Mass at the church. In lieu of flowers, memorials are preferred to the Red Wing Amateur Baseball Association. Arrangements are by the Mahn Family Funeral Home, Bodelson-Mahn Chapel. Online condolences may be sent to the family at www.mahnfamilyfuenralhome.com. 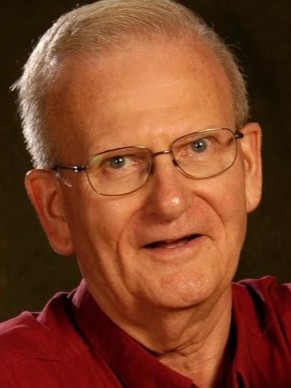