Debbie fought a tough 20+ year battle with a genetic lung disease known as Alpha-1, succumbing in the end to complications from Covid. She was given only six years to live when diagnosed but she was stubborn and outlived her diagnosis by many years. That day we met with the lung specialist we walked from United Hospital Lung Center to Cosetta Italian restaurant. We sat across from each other over pizza and pasta and vowed to live life to the fullest the rest of her time, 401k and retirement savings be d*mned. We traveled to Paris, Mexico, Arizona,Florida, Chicago and New Orleans many times (Deb’s favorite place on earth). We ate at the finest restaurants, including a private chef’s kitchen table meal at the then Number One restaurant in America, Charley Trotter’s in Chicago for her 49th birthday.

Debbie was born and spent her early years in and around Waukon, in very northeast Iowa, surrounded by four generations on both sides of her family. She very much loved her grandmas and grandpas and spent much time with them. One time her grandpa Marlin was observed carrying her around the county fair on his shoulders, she with an ice cream cone and he with ice cream dripping down his nose.

Debbie grew up around many animals, besides dogs and cats there were pet sheep, cows and ponies. But mostly there were horses, Debbie LOVED her horses, she raised, trained and showed Arabian horses from her youth 4H days to adulthood. I like to joke I married three horses. And being a city boy I had to learn to feed them, like the difference between hay and straw, and how to clean horse stalls with a pitchfork.

Debbie was a very busy girl, she took riding lessons, dance lessons and piano lessons and was active as a 4H leader. She played Clarinet and sang in choir. In addition she worked in the kitchen at Mary’s Supper Club as well as Country Kitchen and Randy’s Restaurant in Red Wing. Debbie competed in the Miss Pierce County Pageant as the youngest entrant and won First Runnerup, her dance routine winning the talent competition.

Debbie was a tremendous mother to her three babies, delivering all naturally with no drugs. She made her own healthy baby food way back in the early 1980’s. She was quite a nurturer and used to brag to people that her babies almost never cried, it was true. Debbie also LOVED her grand babies. We were fortunate to have almost all of our 10 grandchildren live in our house for a time during their early years and she reveled in having them near at those cute ages.

Debbie was an excellent travel agent (we met in a travel agency), she worked for Dayton’s Travel and also Crest Tours, the first in the nation to fly tourists into Cancun, Mexico. One day at work she happened to answer the phone when an investigative reporter for WCCO-TV News anonymously called to get a price quote for a Hawaiian family vacation. The reporter called the Top 10 travel agencies in the twin cities for quotes and Debbie won with the best trip package and got her 15 minutes of fame on TV. With that recognition came a bonus, her boss sent her and I on an all - expense paid trip to Puerta Vallarta, Mexico, which led us to many Mexican vacations, with and without kids, and a life-long love of authentic Mexican food.

Debbie also LOVED New Orleans and we traveled there together nine times. We ate, drank, listened to Jazz and Zydeco music and explored everywhere in and around that uniquely wonderful place, far beyond the French Quarter tourist traps. We planned to move there to finish out our days and were taking virtual tours of homes for sale when she passed away.

Debbie was highly accomplished at many things, completely self-taught on computer, she became one of the best ad designers in the metro area and she and I were able to own and operate a successful advertising publication for 32 years, selling the business a couple years ago. She also could accurately predict future trends, I remember her forecasting future popular home paint colors, food trends, even stock market trends (we should have invested more).

Debbie was also fearless, there wasn’t a food she wouldn’t try and she actually won bets with tough guys in bars who challenged her to eat things like pickled Turkey gizzards and other assorted gross looking things in jars and cans. And there was no better home cook, she entertained many, many acquaintances and friends with what I called her “Restaurant Quality” dishes, they can tell you how good her food was.

Over 10 years ago Debbie began using oxygen at night to help her sleep. Then she started needing it to recoup from exertion. Eventually she became dependent on oxygen full time. The last two years saw Debbie’s ability to get around and do things become very difficult, to the point where this past summer she couldn’t hardly go outside to watch the grandkids swim in the pool. These last months she left the house very little, unable to go to grandkids ball games or school events. I know this depressed her greatly. I essentially became her arms and legs and she became good at ordering me around.

Debbie LOVED holidays and always planned and cooked elaborate meals. She really rallied herself for this past Thanksgiving dinner and we put on a great meal again with her recipes and directions and my arms and legs. Her menu included her famous Wild Rice Stuffed Twin Turkey Roulades, scratch-made Green Bean Casserole, Bourbon Sweer Potatoes, homemade Chestnut Stuffing, Brussels Sprouts and her Pumpkin Pie (she was equally adept at cooking and baking, rare). A couple days later she was still exhausted and we called 911. She tested positive for Covid and entered the ICU. She then developed Pneumonia, both viral and bacterial and could not recover, her kidneys and heart failed as a result.

We would have celebrated our 44th wedding anniversary on December 17th, I am missing her so very much.

Memorial celebration for Debbie January 7, 2022, 5:30 - 9 pm, Marx Bistro, Stillwater. Memorials can be made to Alpha-1 Foundation. 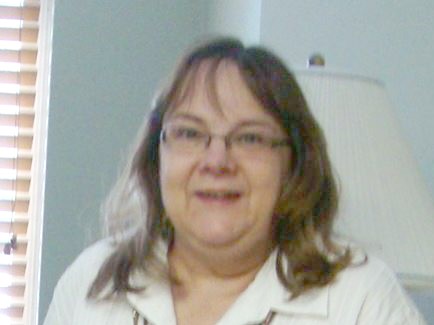