Daniel James Halvorson, 71, of Red Wing, passed away suddenly Wednesday, September 8, 2021 at St. Mary’s Hospital in Rochester, MN due to complications of a GI bleed. He was born on June 11, 1950, in Red Wing, MN to Luther “Luke” and Lucy (Reichert) Halvorson.   Dan graduated from Red Wing Central High School in 1968, then went to Winona State University and earned a bachelor’s degree in Education. While there, Dan played baseball for the Warriors as a catcher and helped them get to two Division II NCAA National Championships. Out of college, Dan tried out for the Minnesota Twins and signed as a pitcher for a cigarette and Coca-Cola. He played 2 years of Minor League baseball which led him into a successful amateur baseball career playing with the Red Wing Aces, Bay City Bombers, and the Miesville Mudhens. Dan was inducted to the Red Wing Baseball Hall of Fame in 2013. Living in Red Wing, Dan began working at the Prairie Island Nuclear Power Plant in many roles over his 34 years. He finished his career working as Lead Electrician.  Dan was an avid outdoorsman enjoying hunting, shooting, and little bit of fishing. A vacation for Dan was a hunting/fishing trip. Some of his trips include Colorado elk, Montana mule deer, Canada and North Dakota ducks and geese, Iowa pheasants, South Dakota pheasants and prairie dogs, Lake Michigan salmon, and Minnesota walleyes. His summer pastime was golf, spending the majority of his time at The Red Wing Golf Club and later years at Mississippi National Golf Club. Dan loved to compete and win in golf tournaments especially with his son, Luke. He also cherished his daily golf game with his friends at MNGL and loved bragging about all the quarters he’d won for the day.  Dan had a larger than life personality that those that knew him well could appreciate….or not. He was incredibly supportive to his family attending any and all sporting/life events.  Dan’s pride and joy was his family. He is survived by his dear Wife of 37 years Marlene, children, Alyssa (Brent) Stinson, Jaymie (Chad) Berger and Luke Halvorson and Grandchildren Ellie, Alex, Blakely and Lydia Stinson, Olivia, Emme, Matthew and new baby Berger coming October 2021. He is also survived by his Brother, Mike (Sue) Halvorson of Red Wing and Sister, Nancy (John) Bunten of Black Diamond, Washington as well as many family and friends.  He now celebrates his new life in heaven with his parents, Luther “Luke” & Lucy Halvorson, Sister, Diane Ilami and brother, Al Halvorson.  Memorial Service Arrangements:   Visitation will be Monday, September 13 4-6 p.m. Mahn Family Funeral Home, Bodelson-Mahn Chapel.   Mass of Christian Burial - Tuesday, September 14, with a visitation at  10 a.m. & Mass 11 a.m. at St. Joseph Catholic Church. Private interment at Calvary Cemetery. Lunch after Mass at the church. Online condolences may be sent to the family at www.mahnfamilyfuneralhome.com 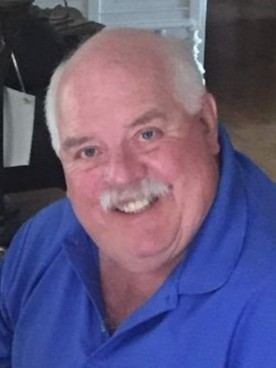