Charles Arthur Voth, 81, of Goodhue, died unexpectedly Friday, October 14, 2022, at his home. He was born on April 14, 1941, in Red Wing, to Raynold and Bernice (Matthees) Voth. He was baptized on May 11, 1941 and confirmed on May 22, 1955 both at St. John’s Lutheran Church rural Goodhue. He graduated from Goodhue High School in 1959. In 1962 he married Audrey Breuer and they later divorced. On May 1, 1976, he was married to Carol Zemke at St. Peters Lutheran Church in Goodhue. Charlie worked at the Goodhue Elevator and owned operated G and B Feeds until his retirement. He was a member of St. Peters Lutheran Church and was active in the Goodhue community his entire life, serving 21 years on the Goodhue Fire Department, 45 years in the Lions Club, Goodhue City Council and the Goodhue Area Historical Society. He was a devoted Goodhue Wildcats, Twins and Vikings fan and missed very few games. He enjoyed fishing, especially the family’s annual fishing trip near Alexandria, playing cards and visiting his four brothers, family and friends. To anyone who was fortunate to know him, Charlie shared a gentle kindness, a sly sense of humor, and an endless love for family and friends. But most of all he loved being Grandpa Charlie to his nine grandchildren and six great grandchildren. He taught many of them how to fish, play cards, laugh and always showed them an appreciation for life’s simplest, but most important blessings.

Funeral service will be 11 a.m. Wednesday, October 19, 2022, at St. Peters Lutheran Church in Goodhue with Reverend Martin Weigand officiating. Burial will be at the Evergreen Cemetery. Visitation will be from 4 p.m. to 7 p.m. Tuesday, October 18, 2022, at the Mahn Family Funeral Home, Bodelson-Mahn Chapel in Red Wing and at the church for one hour prior to the service. Memorials are preferred to St. Peter’s Lutheran Church or the Goodhue Area Historical Society. 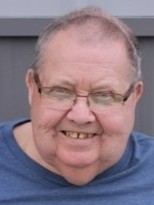