Arnold Leon Usem, age 91, of Burnsville, passed away May 14, 2021. Preceded in death by wife, Harriet; parents, Louis & Jessie Usem; brother, Sidney Usem; daughter, Linda (Usem) Libman.  Survived by children, Carolyn “Cookie” Usem (Becky Stuart), Mark Usem (Lynn Mandle Usem); son-in-law, Cary Libman; 7 grandchildren and 8 great-grandchildren. Arnie was born in Red Wing, MN. He graduated from Red Wing High School in 1947. He attended the University of Minnesota and played in the U of M band for 1 year, before enlisting in the U.S. Army in 1948. He was very proud to have played in numerous U.S. Army Bands in the United States, and served in the 98th Army Band in Trieste, Italy, during the Korean War. Arnie was discharged from the army in 1952 and went to work at the family business, Usem Furniture, in Red Wing. He was third generation at the furniture store, and ran the store for 45 years until he retired and closed the business in 1997. Arnie met his loving wife, Harriet, while she was attending U of M in Minneapolis. They were married in the summer of 1952, and enjoyed 67 years together. After retirement, they moved to Eagan, MN, in 2000, to be closer to family. Spending time with grandchildren and great-grandchildren always gave him great joy! Music was always an important part of Arnie’s life. An accomplished clarinet and saxophone player, Arnie helped to start the American Legion Band in Red Wing and played for President Eisenhower when he came to town to dedicate the new bridge into Wisconsin. While living in Eagan and Burnsville, Arnie played with the Inver Grove Community Band to age 90, until they stopped due to the COVID pandemic. Arnie was a past Master at the Masonic Lodge in Red Wing. He was a proud member of the Lions Club for 60 years and served as a District Governor of Lions Club International. He joined the Jewish War Veterans organization and was Post Commander of #162 in St. Paul for 10 years. Zoom funeral service 10:00 am, WEDNESDAY, May 19th. Memorials preferred to the St. Paul Jewish Community Center or Temple of Aaron Synagogue. Zoom SHIVA Wednesday and Thursday at 7 pm. For the Zoom link for both the funeral and Shiva send an email to zoom6@hodroffepstein.com. Hodroff-Epstein 651-698-8311 www.hodroffepstein.com 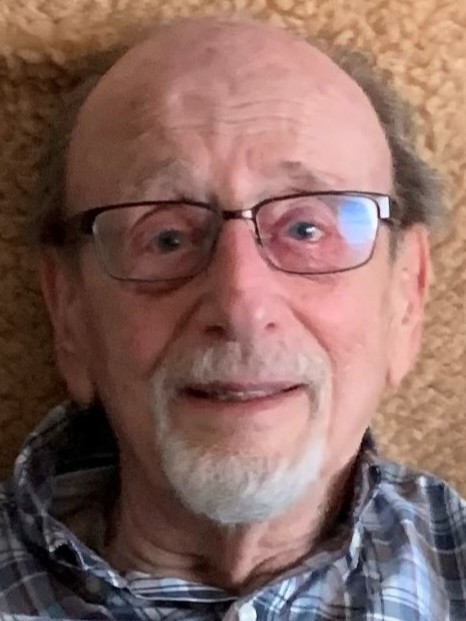