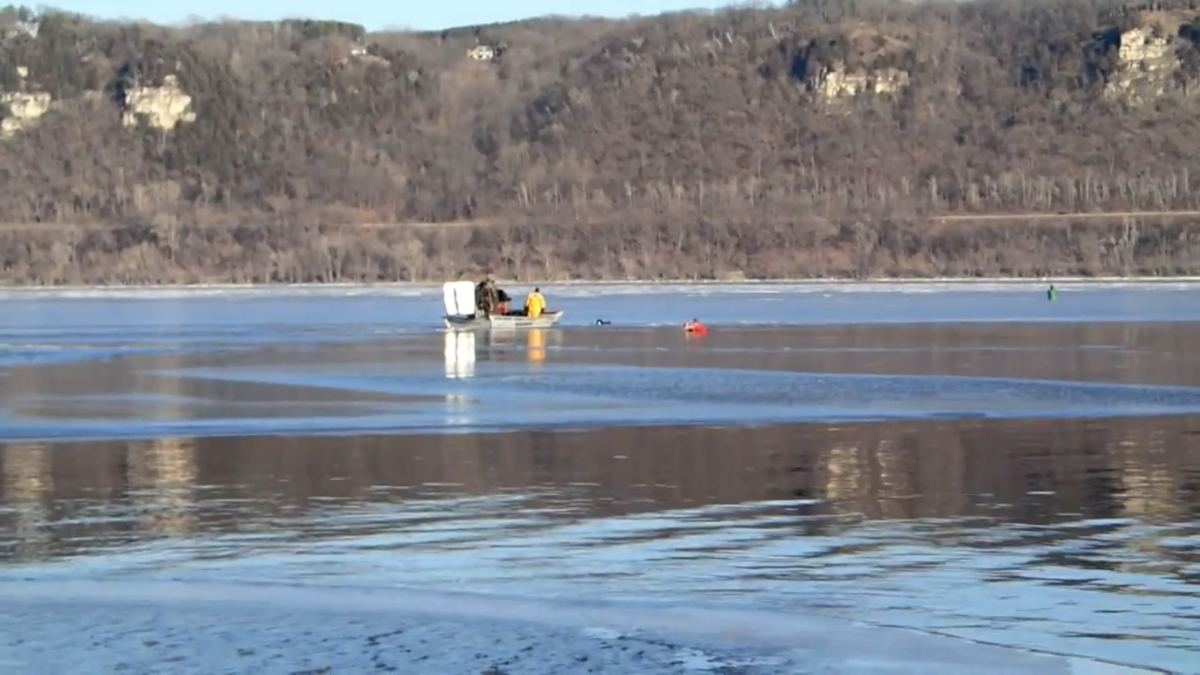 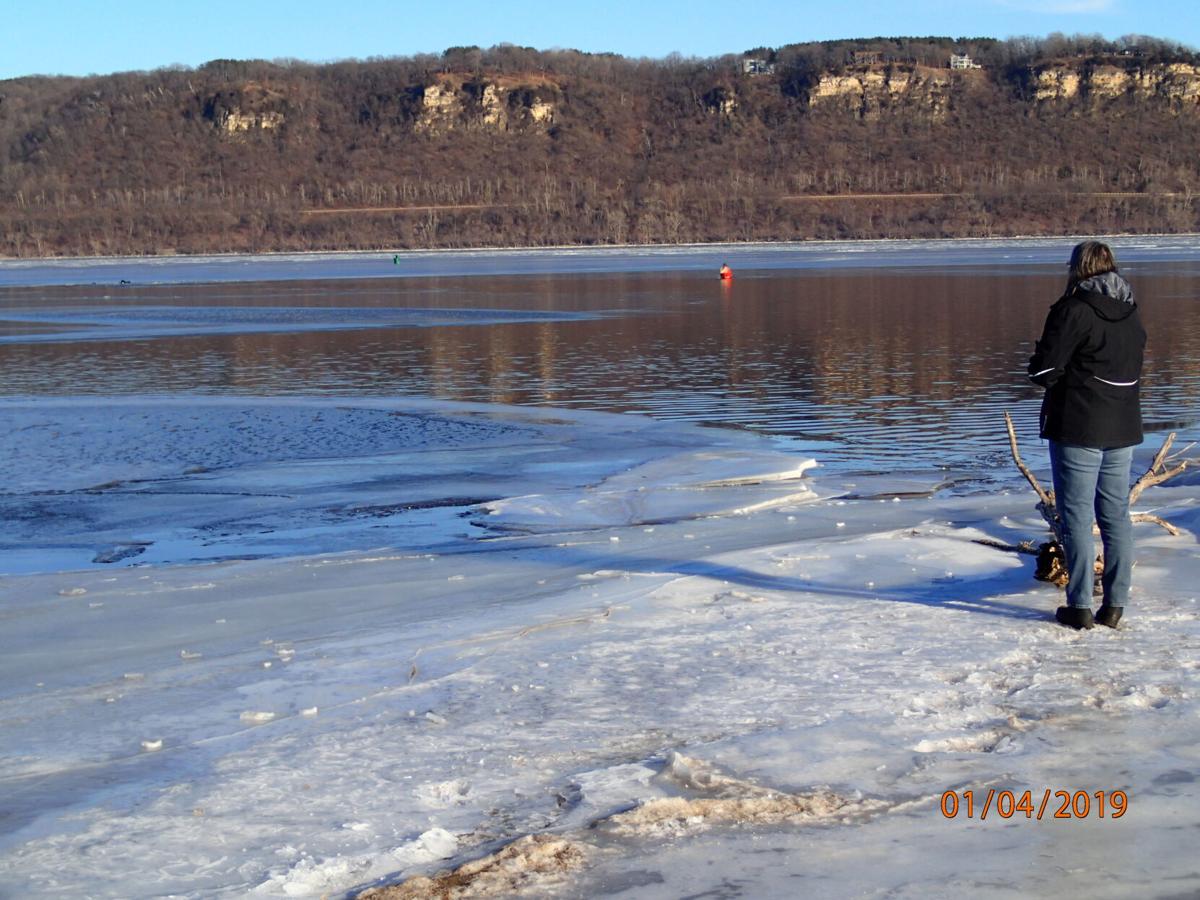 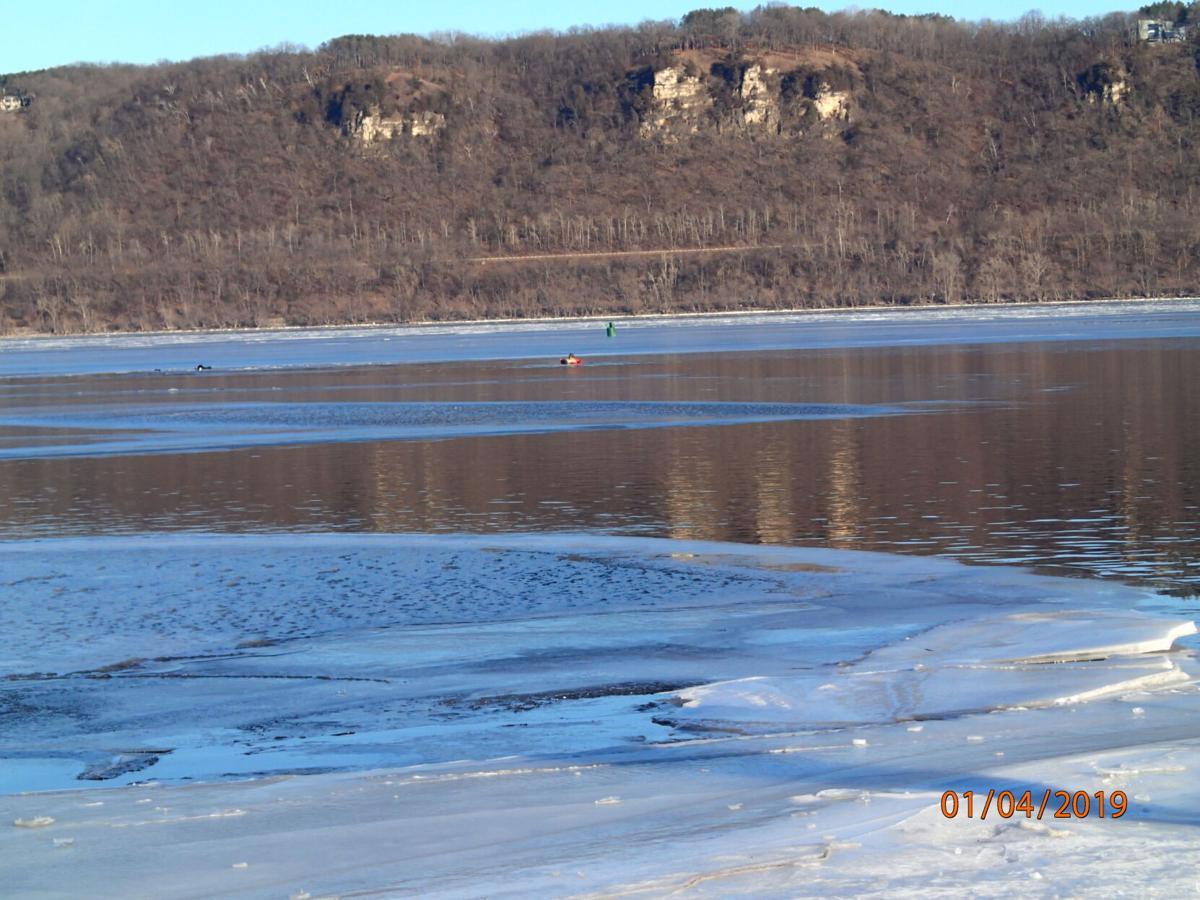 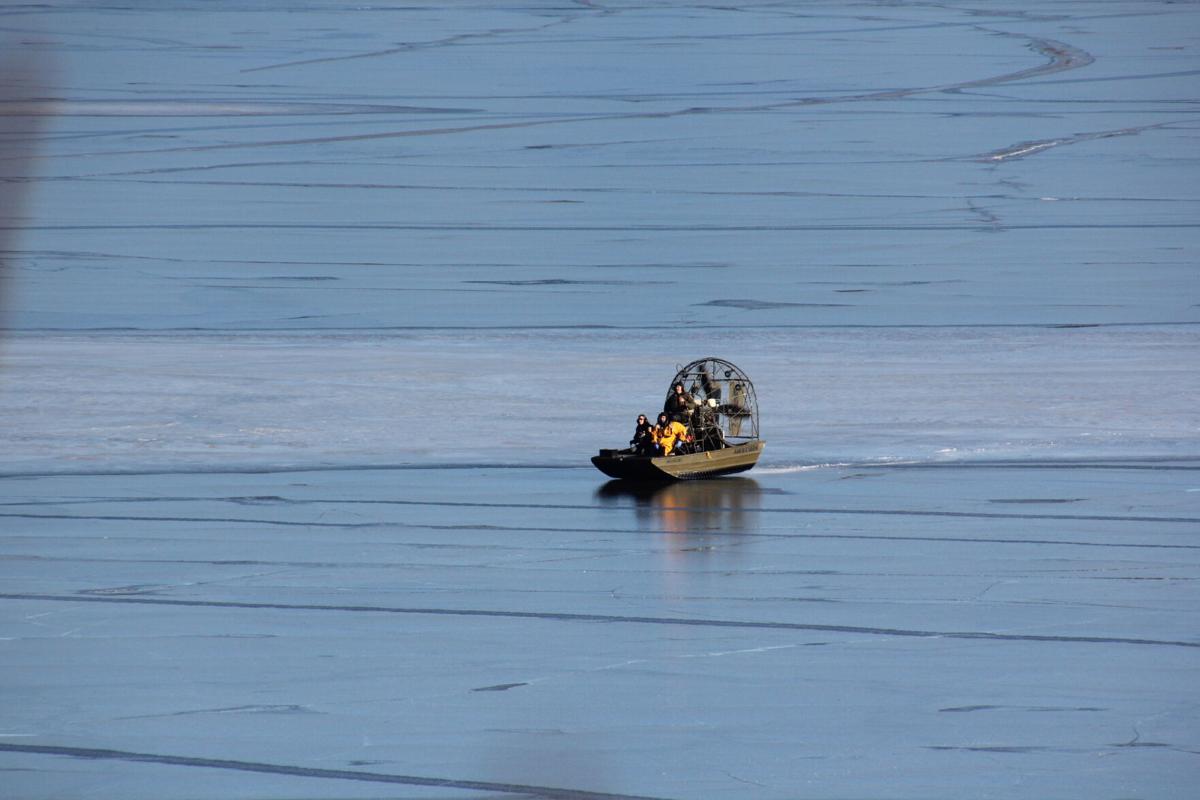 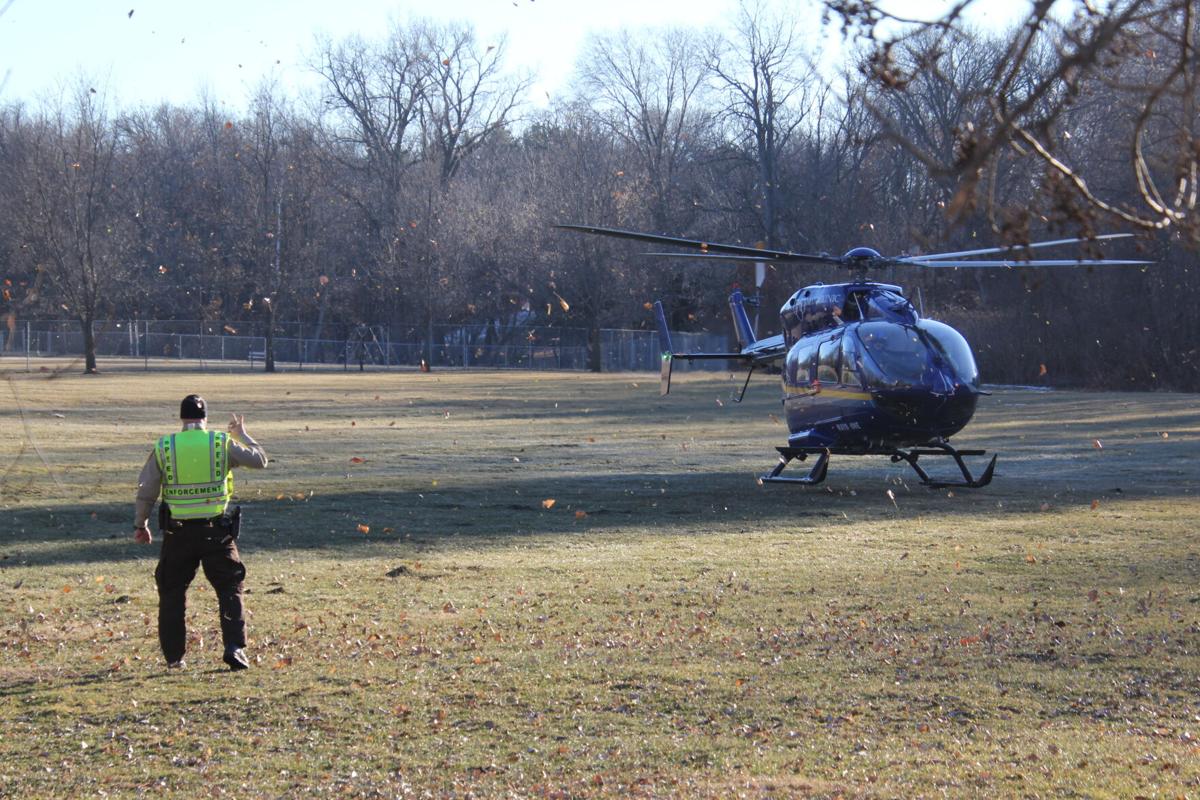 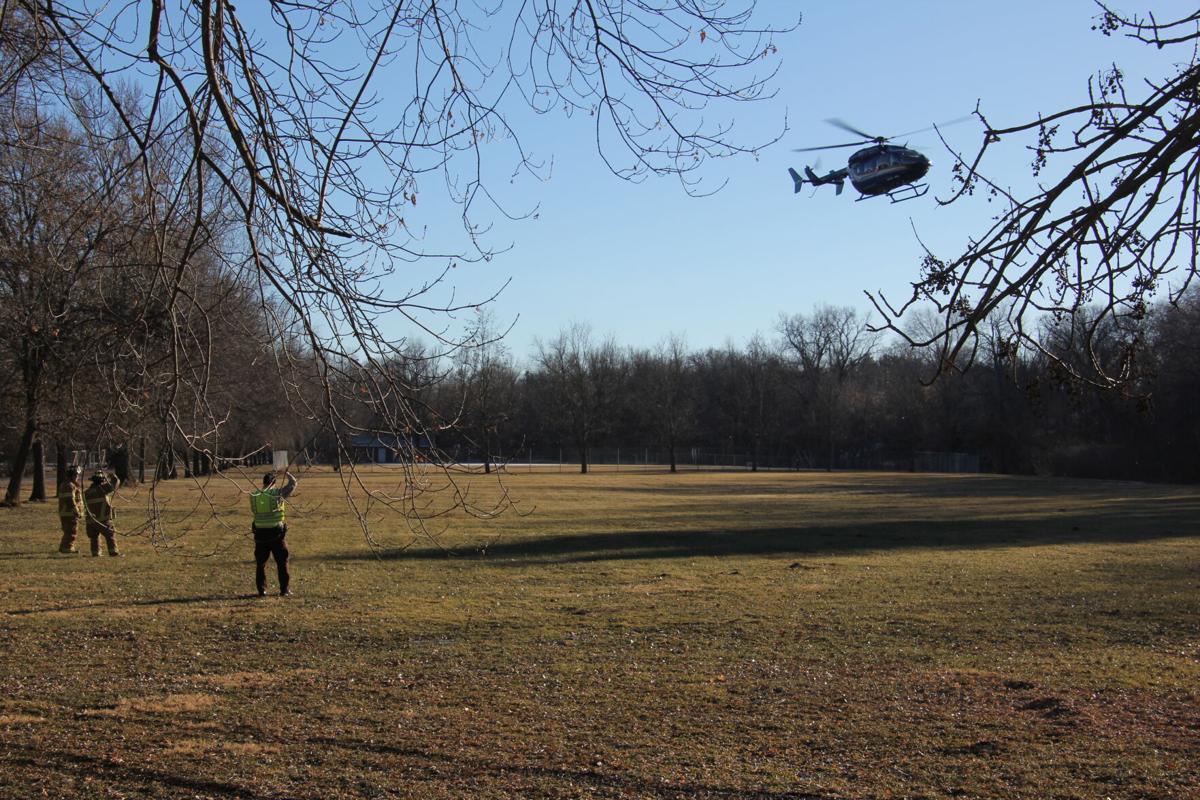 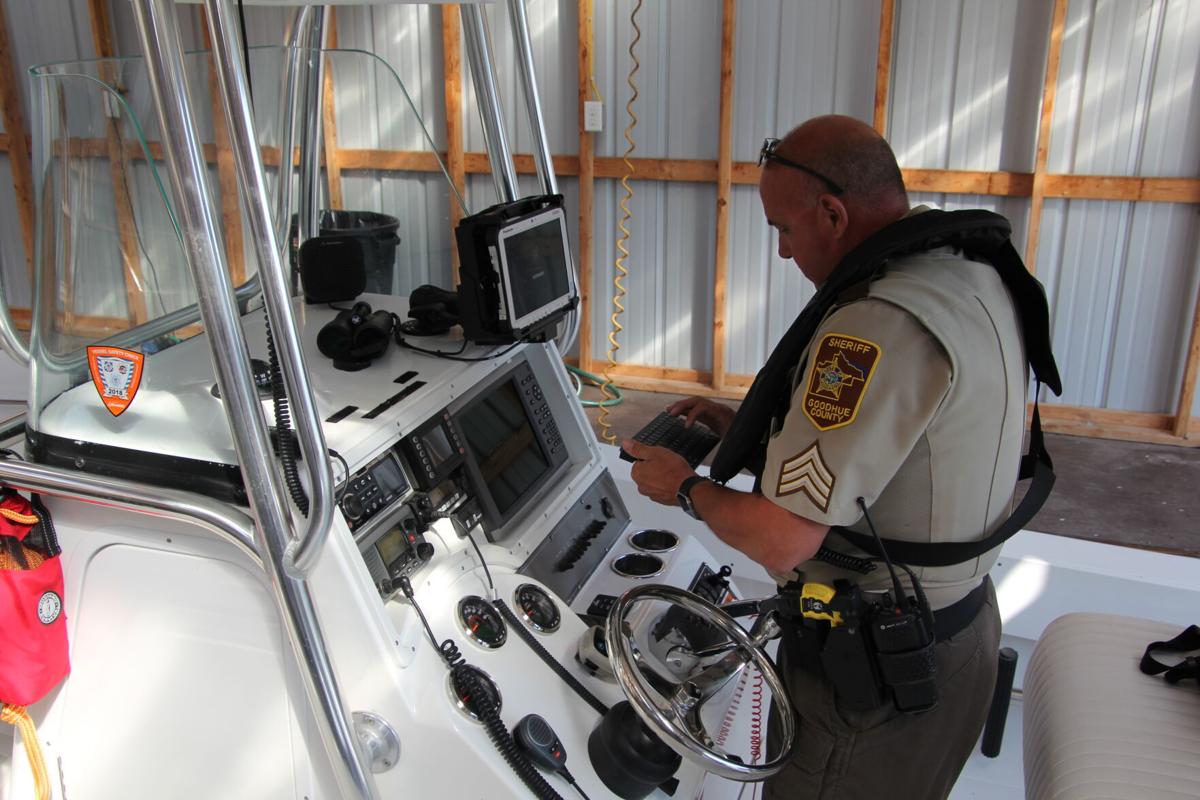 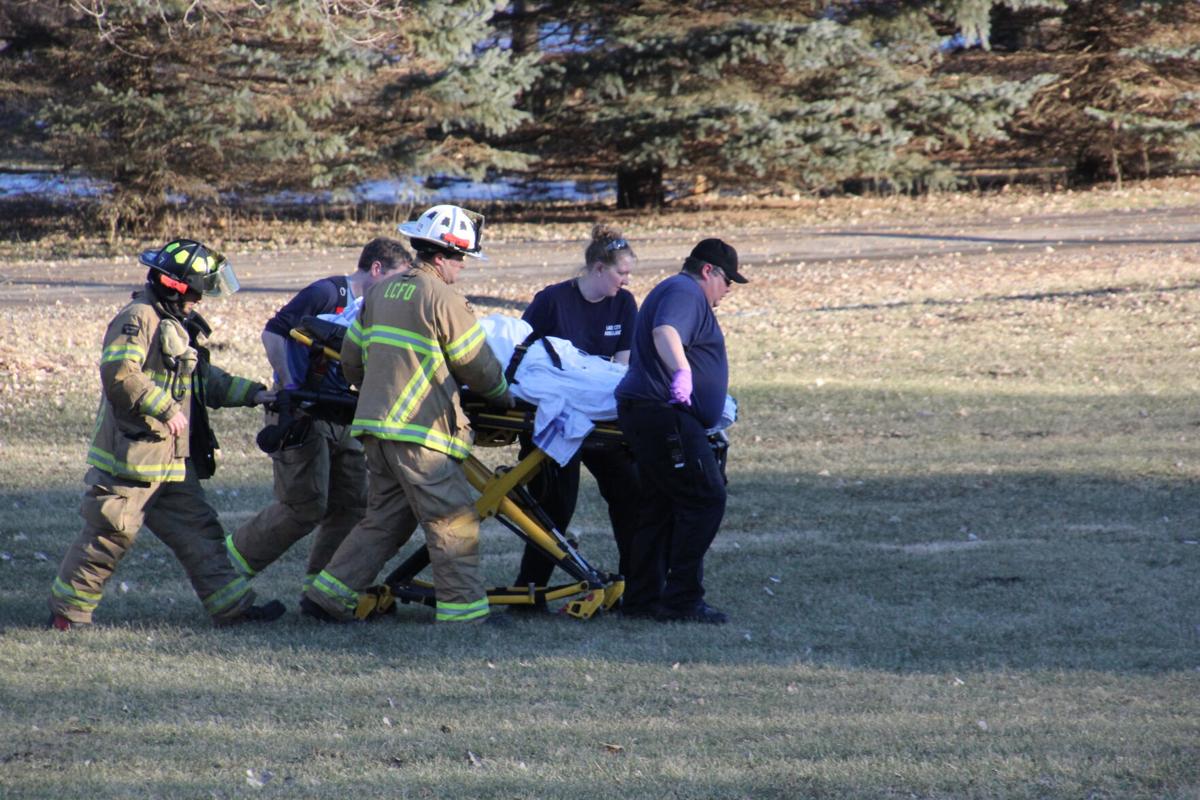 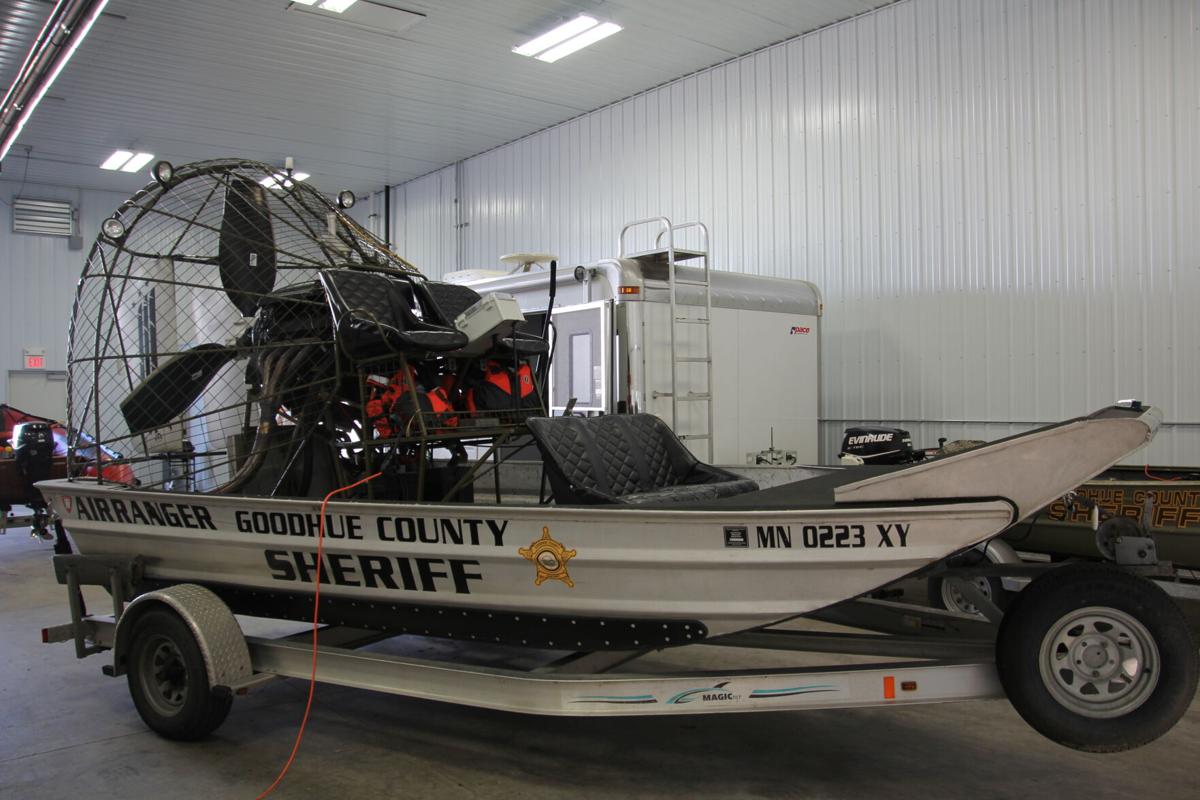 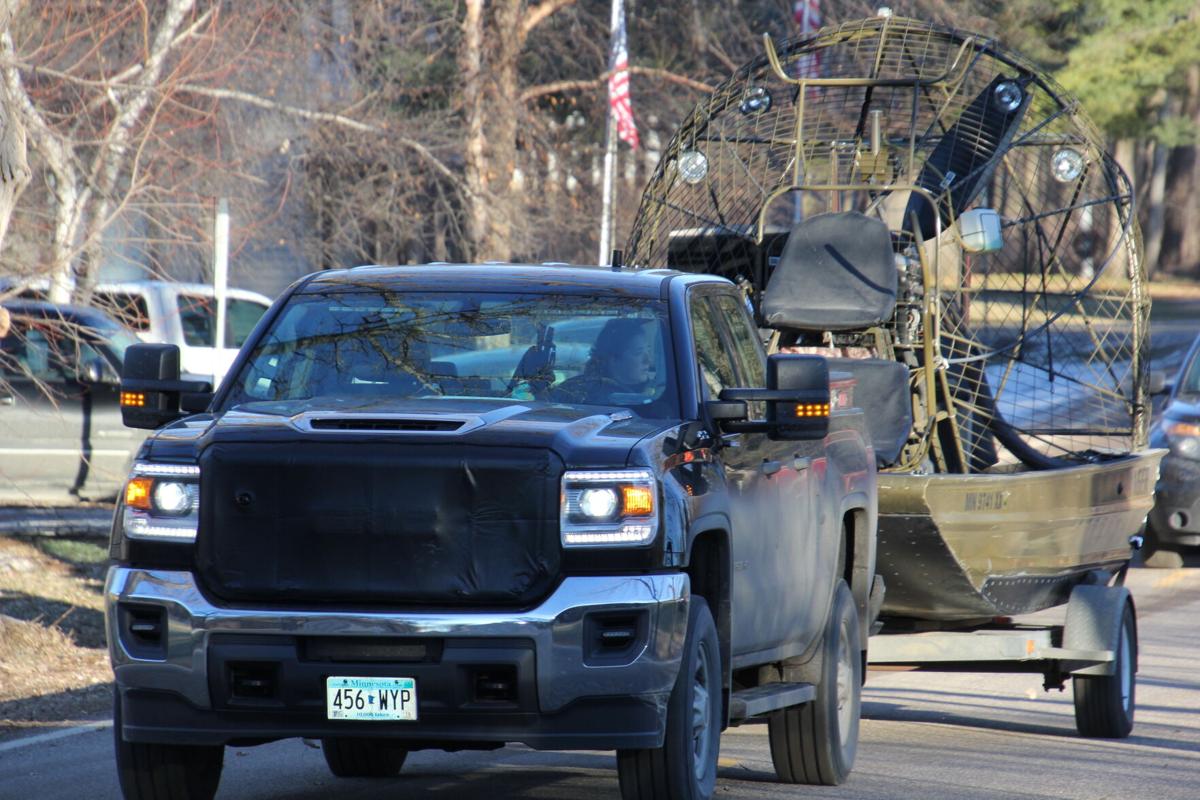 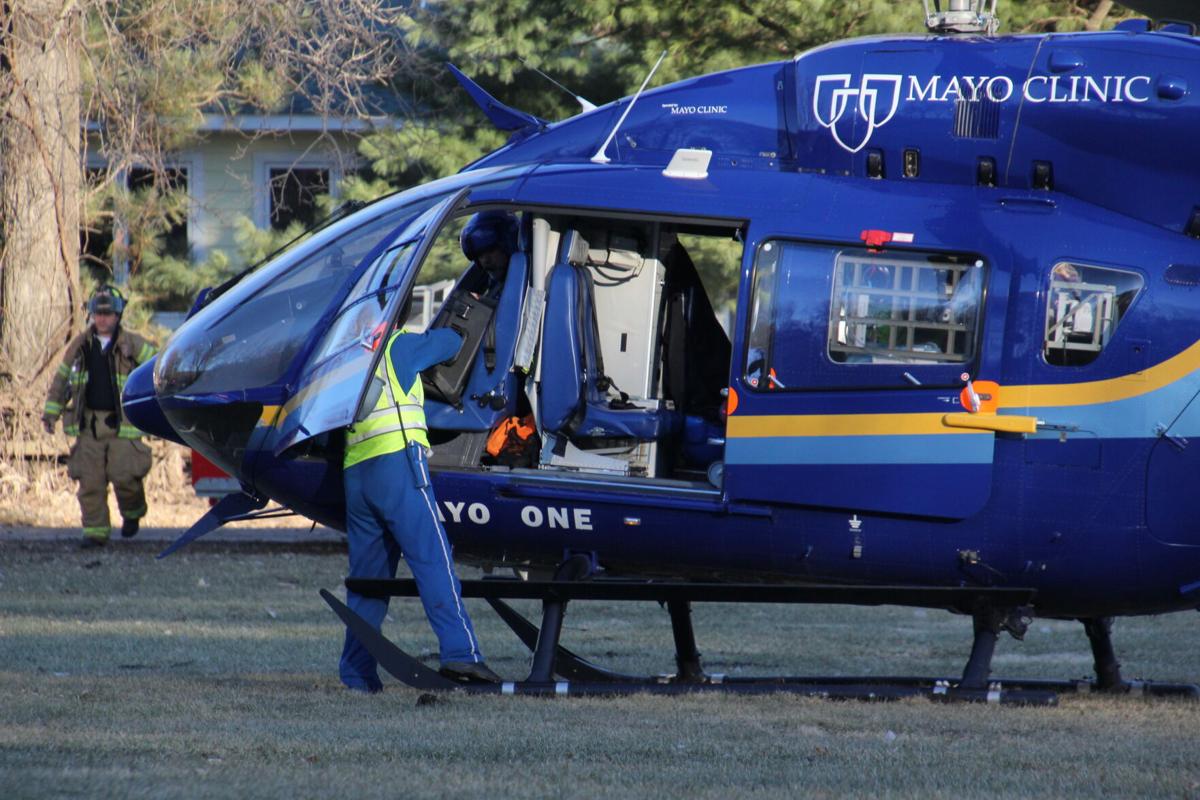 Editor's note: A video and additional photos were added to this story Jan. 10, 2019, courtesy John and Kandy Olson.

The emergency caller last Friday afternoon said someone had fallen through the ice into Lake Pepin near Long Point.

The call sent Sgt. Scott Powers, a 34-year veteran of the Goodhue County Sheriff's Office, to the water patrol building and on "one of the most intense rescues I have responded to, knowing that we could be running out of time for a rescue," he said.

Time was the key. The first call came in at 2:02 p.m., and by 2:10, Powers, along with Sgt. Jay Kindseth and Deputy Jordan Winberg, had hitched the airboat trailer to their pickup and were en route to Frontenac.

With them was the Minnesota Department of Natural Resources' airboat, which is stored at the water patrol building, operated by conservation officer Brittany Hauser and Lt. Tyler Quandt.

The two airboats arrived at Methodist Beach and were on the ice by 2:27. As they headed into the bay, the ice was breaking under the airboats.

"We train for this," Powers said. "We have driven through broken ice like that before, and the hulls of the airboats are protected with hard plastic, so we don't puncture the hull."

Throughout this time, Dispatch Supervisor Dee Holm and dispatchers Jennifer Luhman and Leslie Schoenfelder were in contact with two callers. The first was a hiker near Long Point, also known as Sand Point, and the second was a fisherman near Methodist Beach.

The dispatchers talked to the callers and relayed information to the rescuers in the airboats.

"Dispatch did a great job relaying the witness information and keeping responders updated on the victim and dispatching the resources to the scene," Powers said. "Dispatch was a key player in the rescue."

By 2:35, Powers, Winberg, and Kindseth reached the scene where Douglas Berland from Stockholm, Wis., riding his snowmobile alone, had plunged through the ice about 100 yards offshore from Long Point.

When the airboat arrived, Berland had been in the 34-degree water more than half an hour. He was holding on to a knife he had stabbed in the ice.

"We didn't want to break the ice because he was holding on," Powers said. "There was enough open water there that we were able to get the airboat up to him without breaking any more ice."

Windberg and Kinseth used a pole to hook Berland's coat and pull him to the boat where the three men pulled him on board, a difficult task because Berland was unable to help, and his clothing was weighed down with water.

"We got him on the boat and covered him up," Powers said. "We determined that he was breathing, but his core temperature must have been way down. He wasn't verbal to us. We let dispatch know we were heading back with him."

In the meantime, Hauser and Quandt on the DNR boat, had added two Lake City firemen, Clayton Brandt and Matthew Herzig. They were dispatched to a site near Long Point where a Goodhue County deputy had walked into open water, trying to reach Berland, but the water became too deep. The crew on the DNR boat assisted him out of the water, and he was not injured.

Powers drove the sheriff's airboat back to Methodist Beach where Berland was loaded into the Lake City ambulance and transported to the city park in Old Frontenac. The Mayo One helicopter from Mayo Clinic in Rochester landed in the park at 2:58 and waited several minutes while medical personnel worked on Berland inside the Lake City ambulance.

Berland, 61, said he was on his sled returning from lunch in Maiden Rock. He noticed a large ice heave on the Wisconsin side, so he moved away from it and saw that the ice beneath him had become much thinner.

"I felt the ice failing beneath the sled tracks," Berland said. "I looked around and had no choice but to sink where I was or hit the gas and try to skip across the thin ice and get closer to shore. I skipped quite a distance until I hit a large ice chunk and was thrown from the sled onto 2-inch ice."

He could see his sled going down and knew he was, too. He said his only thought was to get out of the water or die.

"I kicked and grappled onto the ice, but each time, the ice gave way. I felt myself getting heavier and my boots filling with water," he said. "I shook off my mittens for a better grip, grabbed my pocket knife, and stabbed it into the ice repeatedly to acquire a secure handhold."

He finally found a solid placement for the knife and held on with both hands.

"I put my head back and said my prayers, my goodbyes to family and friends," Berland said. "The whole event was not scary, panicky, or really anything other than if I did not get out of the water, it would be the end, and the end was near."

Berland added, "This story is not about me, the dumb ass falling through the ice. It is really about the 911 responders, EMT, ER, and ICU personnel. I thank them all. I have never dealt with nicer and more profesional people in my life."

Powers was pleased with the emergency team's response.

"We work really closely with the DNR and the fire departments. Our water patrol division and our dive team work together really well," he said. "On anything serious like this, we all know what to do."

He was especially pleased with the airboats, which he said were critical in a remote location like the one on Friday. Without airboats, rescuers would have needed to transport equipment out to Long Point.

"We purchased that airboat in 2009," Powers said. "We have had multiple boat rescues, but this was probably one of the most close calls we have had. This one could have gone to a recovery real quick."

The amount of open water this late in the season is a concern for Powers.

"We are way behind a normal winter to have good ice forming," he said. "Even if we get cold temperatures, it is going to be inconsistent for ice thickness when it does freeze. This would be a good year to stay off the ice."