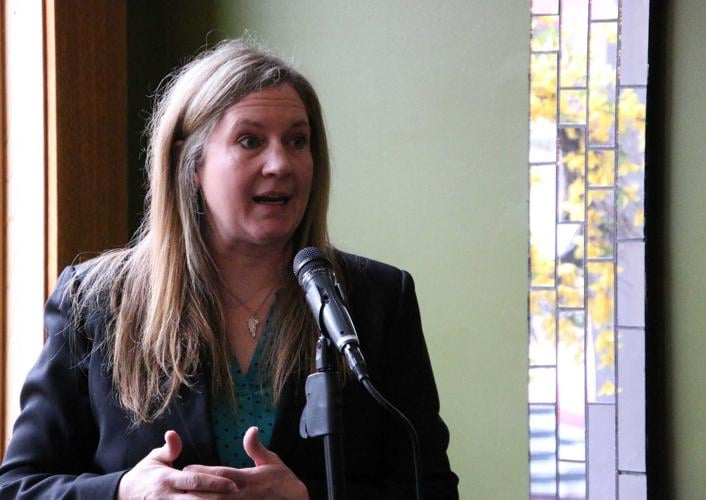 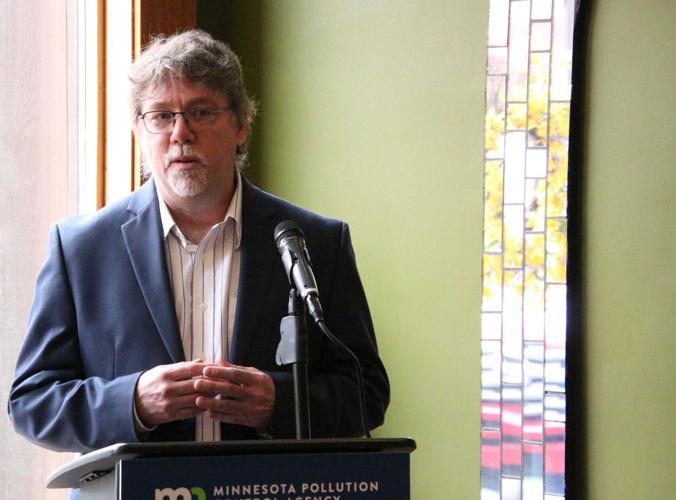 Red Wing leaders and Commissioner Katrina Kessler addressed a group on Thursday, April 7, about the importance of updating stormwater infrastructure in Red Wing and Minnesota.

The Minnesota Pollution Control Agency shared in a news release that “Gov. Tim Walz proposed new legislation that would create a $21.1 million grant program for stormwater infrastructure upgrades across Minnesota.”

The statewide need for upgraded infrastructure is due mostly to one cause: climate change.

Kessler is the commissioner of the MPCA. She told Red Wing residents gathered in Mandy’s Coffee & Cafe on Thursday morning, “The reality is that communities like Red Wing across the state are facing a common threat. Extreme weather events like mega rains are intensifying because of our changing climate. Minnesota is becoming warmer and wetter. In fact, 2010 (was) Minnesota's wettest decade on record, and these mega rain events are now four times (more) likely to occur than they were just a generation ago.”

For more than 25 years, Owens has monitored stormwater infrastructure. He noted on Thursday: “It's evident to me these last 10 years, the five years even… these rain events are more often, more intense.”

Owens and other speakers frequently used September 2019 as an example. In about 30 to 45 minutes, a storm dropped 3 to 6 inches of rain throughout the city. Owens recalled that one resident reported the storm filled his entire basement, all the way to his eight-foot ceiling. The pressure of the water in the stormwater tunnels was so strong, manholes blew off.

City Council President Becky Norton said on Thursday that many cities, including Red Wing, have worked to keep-up with infrastructure updates and changes. But, she noted, infrastructure upkeep “was based on historical data based on the past 50-year, 100-year trends.”

She added, “We're not looking at those same trends anymore.”

Walz’ proposed funding would be used to update stormwater infrastructure to prepare cities for more frequent and heavier rain events. Owens said that funding would likely be used locally to realign and strengthen the old tunnels and increase the stormwater capacity at lower points in the city.

There are numerous other ways this funding could be used. For example, building rain gardens that would absorb water that would otherwise run into the river and sewers.

Ultimately, city leaders noted that while the community needs to make changes to its stormwater infrastructure, it can’t do it alone. Brown stated, “We’re a city of roughly 16,000 people, we do not have the resources to cover all those issues on our own. We need the state to be a partner with us. And we appreciate how seriously Gov. Walz has taken this issue.”