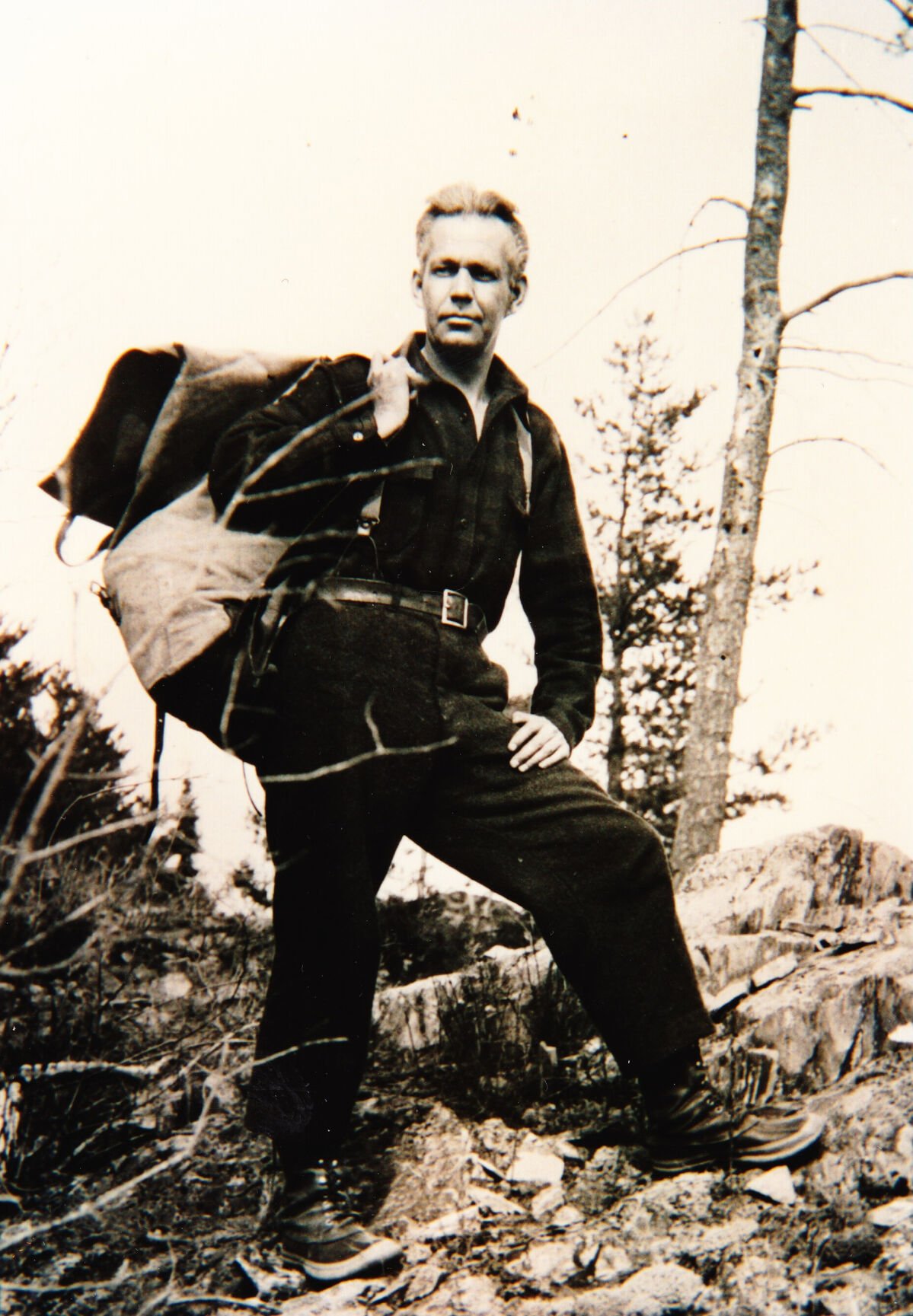 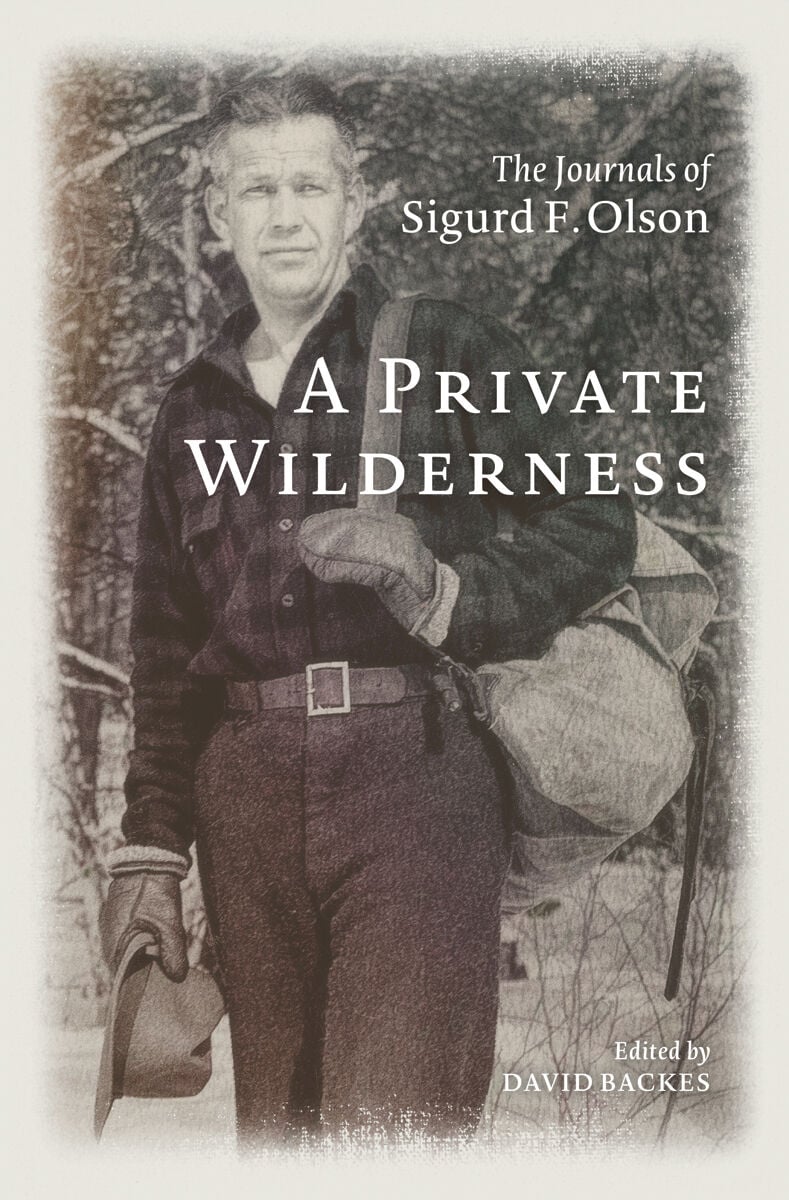 “A Private Wilderness: The Journals of Sigurd F. Olson” will be released by the University of Minnesota Press on June 1, 2021.

“A Private Wilderness: The Journals of Sigurd F. Olson” will be released by the University of Minnesota Press on June 1, 2021.

Given the name recognition that northwoods author Sigurd Olson has in Minnesota and Wisconsin today, it is hard to imagine that he didn’t publish his first book until he was 57 years old.

Arriving at that point of a published book was a difficult journey, and he recorded his fears and frustrations, hopes and dreams in a series of journals he wrote during the 1930s and 1940s. While those journal entries were haphazard, often on scraps of paper, usually dated, but sometimes not, they captured his thoughts about the wilderness he loved and how he wanted to be the writer who shared those experiences with readers.

Editor David Backes, former professor of journalism and mass communication at the University of Wisconsin-Milwaukee, has collected and edited Olson’s journals in a book titled “A Private Wilderness: The Journals of Sigurd F. Olson,” to be published on June 1, 2021, by the University of Minnesota Press.

“What you will read throughout this book, then, is the heart of Sigurd Olson’s journals, giving you the immediacy that you cannot get in a biography,” wrote Backes in the book’s preface. “His journal entries will open for you a remarkable window into the psyche of someone with a powerful creative drive who was caught in a decades-long struggle to follow what he saw as his true calling. To him, at least at times, it seemed a matter of life and death.”

Reading a person’s journals is different than reading a polished book. There are discrepancies in his thinking as he changes his mind, as his plans and dreams develop. He cycles back on ideas, as humans do, when we write or speak, and several important themes emerge.

One idea Olson struggles with is finding his “medium” as he calls it. He tried hunting and fishing stories for the outdoor magazines, but wasn’t satisfied. He dabbled in short fiction, but didn’t like the criticism he received from editors and agents. He tried being a syndicated columnist and wrote hundreds of short pieces which later worked their way into his books. He wanted his writing to be the best, to be something memorable.

“Write the sort of story you want to read,” he wrote in his journal. “The sort of article that you would pick out from the rest, an essay of yours will be the kind that appeals to men on the out trails of the world -- the sort of thing men would want to carry with them wherever they went.”

A second idea he battled in his journal was time for writing. His job at Ely Community College and his partnership in the Border Lakes outfitting business kept him busier than he wanted to be. He longed for time to think and write and a place where he could be undisturbed as he worked. He grappled with this throughout his journals, and often thought about just quitting his work and trying to make it as a writer, but concern for his family finances kept him at his jobs.

When he finally left the college, he was soon swept up in work that really caught his attention as president of the National Parks Association and later as president of the Wilderness Society. Those gave him the chance to be around others who loved the wilderness and to speak in many settings about the lands he loved.

At one speech, an audience member, Alfred A. Knopf, the famous publisher, invited Olson to write a book. That resulted in “The Singing Wilderness,” the first of nine books he would eventually publish in fulfillment of his lifelong dream.

“It is my mission to give my vision to the race in return for the beauty that has been shown me,” he wrote in his journal on Jan. 20, 1930. “I cannot go through life keeping it to myself. That would be rank ingratitude to the nature I worship.”

Reporter Steve Gardiner retired the spring of 2021 but continues to write occasional stories. Readers can reach him through the newsroom at rtnews@orourkemediagroup.com.