Skip to main content
You are the owner of this article.
Edit Article Add New Article
You have permission to edit this article.
Edit
Home
Local News
Things To Do
Sports
Obituaries
Classifieds
Preferred Business
OMGHired Local Jobs
Opinion
e-Editions
About Us
Magazines
1 of 5 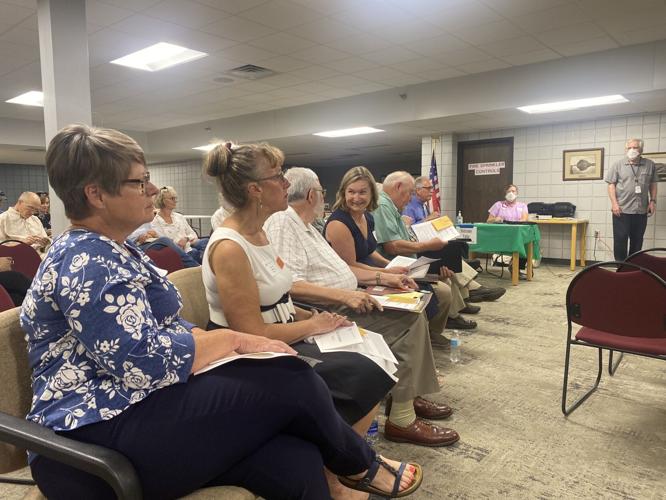 The candidates lined up waiting for their two-minute statement. Melissa Thorud/Republican Eagle. 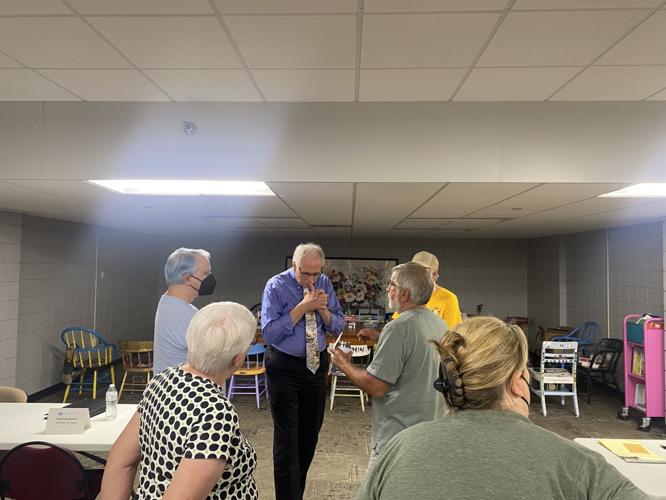 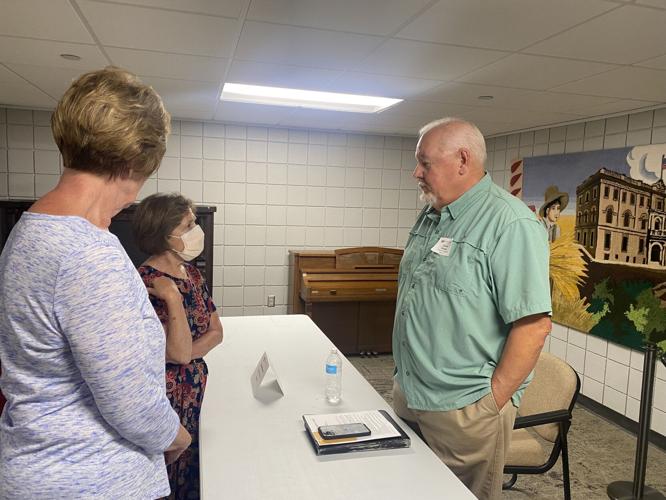 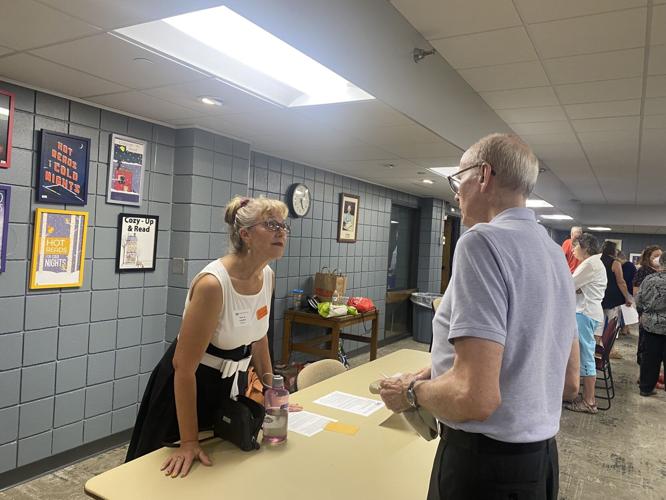 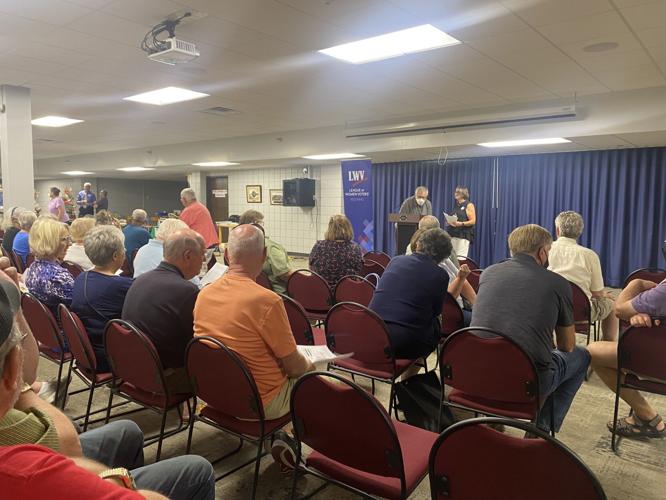 The candidates lined up waiting for their two-minute statement. Melissa Thorud/Republican Eagle.

The candidates for the 2nd Ward special election and the 4th Ward and at-large primaries were seated at tables in the library basement ready to answer questions and talk with the public.

Candidates from the 2nd Ward include Min MartinOakes and Don Kliewer. Candidates from the 4th Ward are Vicki Jo Lambert, Stan Nerhaugen and Ted Seifert. For the at-large seat the candidates include Janie Farrar, Chad Kono and Ralph Rauterkus.

The special and primary elections are on Aug. 9.

This forum was coordinated by the Red Wing League of Women Voters, the event is a non-partisan and non-campaign event. It is an opportunity for candidates to answer questions and to give a brief statement.

Each of the candidates was given two minutes to speak about some of their priorities, give background information and talk about their experiences and explain how they might be qualified to be elected.

For an hour before the statements were given, residents talked with the candidates and asked questions.

Nerhaugen from the 4th Ward said that he was asked about housing, the Recall City Hall initiative and what his priorities were going into the election.

Rauterkus, running for the at-large position was asked about what issues he will prioritize if elected.

“My main priorities range from short-term to long-term issues like the quiet zone for the rails in downtown up to the concern of removing nuclear waste and making a plan for how we will do that,” Rauterkus said.

All of the candidates were asked questions about their background. The open house style of the event allowed people to have conversations and get to know the candidates more personally.

“People can put a name to a face this way, even if I don’t have answers to some of the questions I’m able to talk with people, and they can get to know me,” 2nd Ward candidate Kliewer said.

Once candidates were able to give their statements, they could convey some of the issues that they want to address if elected.

“I believe in the city's mission to create a sustainable, healthy and equitable community where every person feels at home,” 4th Ward candidate Vicki Jo Lambert said in her statement.

Min MartinOakes, from the 2nd Ward, expressed some issues that she would address if elected.

“I’m running on the values of positive leadership, financial stewardship and a sustainable future,” she said.

Many candidates similarly talked about the issues that are important to them going into the election and how they are listening to the concerns of their communities.

“I’m here because I think we need more accountability and our citizens deserve law enforcement and safety within their communities, and I think we can do that with training, equipment and leadership,” said Seifert from the 4th Ward.

Other candidates used the opportunity to talk about some of their experiences that would help them if elected.

“My first civilian job was in local and regional planning, during my 10 years as a regional planner I worked with police, judges, local elected officials, legislators, state administrators and governors, ” said at-large candidate Kono.

Another candidate that highlighted how their experiences would help them if elected is at-large candidate Farrar.

“I served for eight years on the school board and three years as chair. I also recently completed a Humphrey Policy Fellowship,” Farrar said.

The Red Wing League of Women Voters has hosted events such as this in the past and the turnout for this election has been one of the larger crowds over the years.

Another candidate forum will be held in September before the regular election in November. For more information about voting in Red Wing and a recording of the forum, people can visit vote411.org