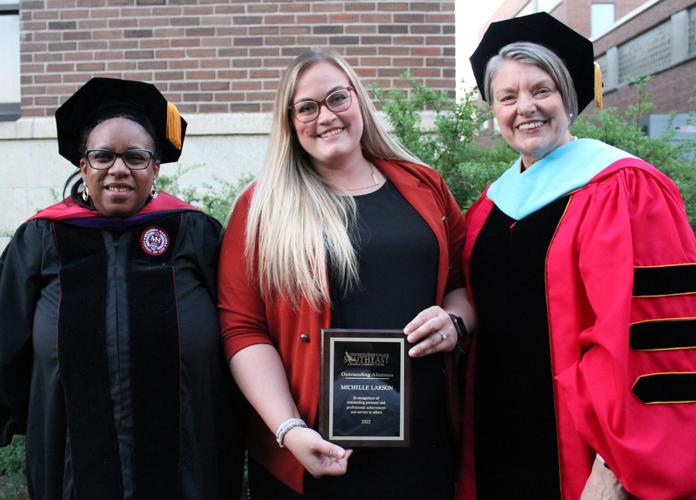 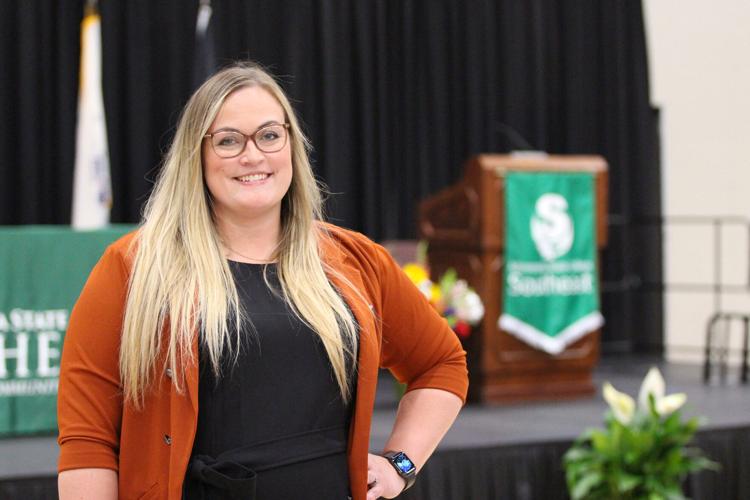 Today, Larson is the Red Wing Area Chamber of Commerce president and CEO.

Larson was nominated for the award by MSC Southeast Director of Communications Katryn Conlin. Conlin stated, “Starting with a degree from Minnesota State College Southeast has led Michelle to advance herself through a series of exciting career choices. Today she holds a critical role in the Red Wing business community as the President and CEO of the Red Wing Area Chamber of Commerce. The college is proud to have Michelle Larson as an ally in helping meet the workforce development needs of the southeast region, and as an advocate for the entire community.”

Larson stated in a press release, “I am honored to receive this award from Minnesota State College Southeast. I returned to school when my oldest son was three months old to set an example of perseverance for all three of my sons, to continue working towards my goals, and as a first generation graduate, to make my parents proud. The degree I received from the college helped paved the way for me to continue on my educational path and has led me to where I am proud to be today.”

Larson graduated from MSC Southeast with a degree in medical coding in 2014 and worked in that field for Mayo Clinic as a unit coordinator for five years. At the same time, she finished a bachelor’s degree in business administration in 2016 and an MBA in 2018, both from Saint Mary’s University in Winona.

Larson served as the executive director of the Lake City Chamber of Commerce from 2017 to 2021. In addition, she was elected to serve as a school board director to Lake City Public Schools. Larson is currently serving in her second term.

In February 2021, Michelle was hired as the president and CEO of the Red Wing Area Chamber of Commerce, where she has continued her success as a community leader during the challenges of a global pandemic and beyond.

As the leader of the chamber, Michelle works with leadership across the college to forge close ties between MSC Southeast and the region’s industry and business. She serves as a member of the President’s Advisory Council, providing valuable input and expertise to President Marsha Danielson, and is a member of the college’s 2025 Strategic Plan committee.

Josiah Litant, MSC Southeast's vice president of strategic initiatives, stated, “Michelle Larson truly represents what it means to be an outstanding alum of MSC Southeast. She is deeply invested and involved in the local region, and works diligently to build and sustain connections across business, industry, education and other sectors. We are proud of her accomplishments, and grateful for her work in Red Wing and throughout Southeast Minnesota.”

“Thank you to all of the staff and team at Minnesota State College Southeast for everything you do to create opportunity for all students,” said Larson. “Your dedication to education helps pave the way for our successes in life.”