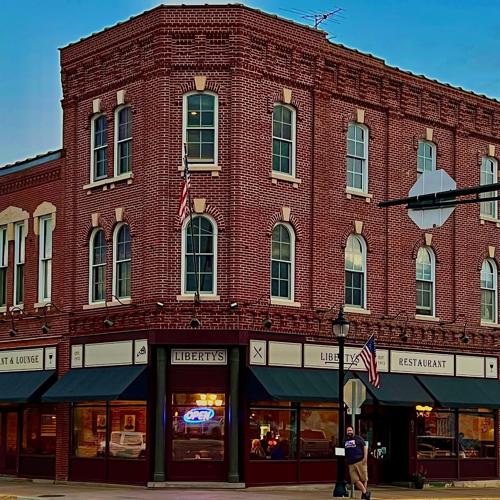 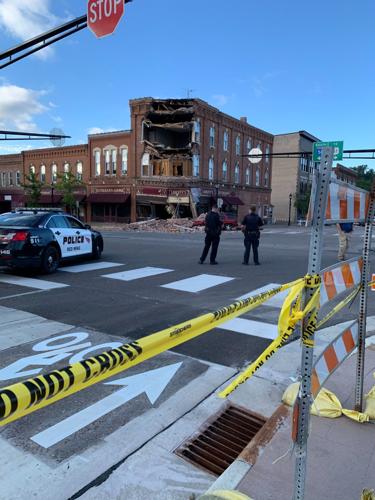 Red Wing police blocked off the roads in front of the restaurant after the crash. File photo 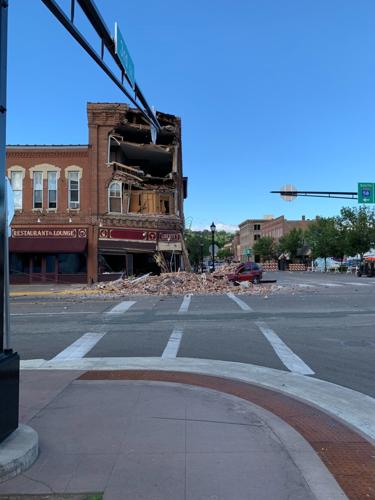 The devastation after a car crashed into Liberty's on Sept. 2, 2020. File photo 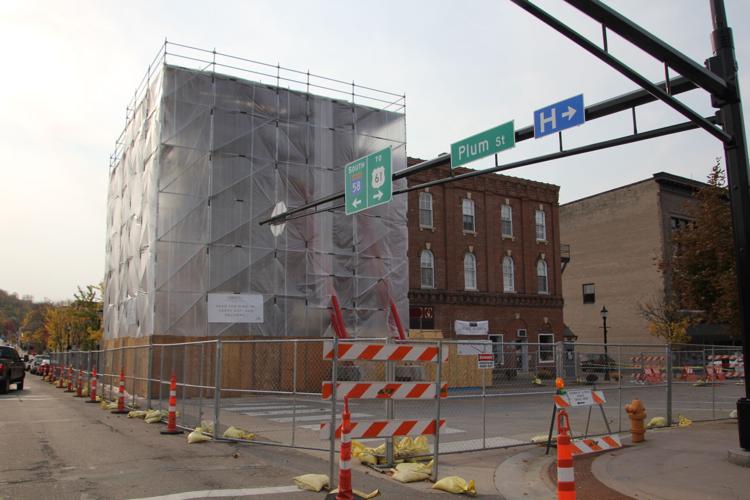 The front of Liberty's was protected from the elements for about nine months. On June 9, 2021, the repaired restaurant was revealed. File photo

Red Wing police blocked off the roads in front of the restaurant after the crash. File photo

The devastation after a car crashed into Liberty's on Sept. 2, 2020. File photo

The front of Liberty's was protected from the elements for about nine months. On June 9, 2021, the repaired restaurant was revealed. File photo

Doug Noreen, owner of Liberty’s Restaurant, won a merit award from the Red Wing Heritage Preservation Commission for the reconstruction of his building that was destroyed in 2020 when a car crashed into the building.

“The No. 1 objective was to get the building looking like nothing happened,” Noreen said. “I was happy to receive the award. We worked hard.”

On Sept. 2, 2020, a drunken driver crashed his car into the corner of Liberty’s, bringing down chunks of the restaurant space and apartments above.

The building was dated to 1886. Noreen wasn’t sure it could be saved.

“Once the commission and I figured out it was able to be saved, the biggest challenges were matching the new brick with the old and including the original columns in our final design,” Noreen said.

The building remained closed for about nine months during construction, but Noreen continued with take-out orders to keep revenue going.

“The first level was reconstructed to its pre-accident form with only a minor change to the storefront at its unique 45-degree angle,” Steve Kohn, commission staff liaison, said in a news release. “In this location, two original cast iron columns that were covered by the storefront were pulled from the debris. Doug made the decision to include these original columns in the final design of the storefront, which resulted in the storefront stepping back slightly in this location.”

Liberty’s Restaurant started in-person dining that same month, and Noreen said it was nice seeing customers inside the building again.

“The entire Noreen family are commended for their efforts in preserving this iconic structure in downtown Red Wing,” Kohn said.