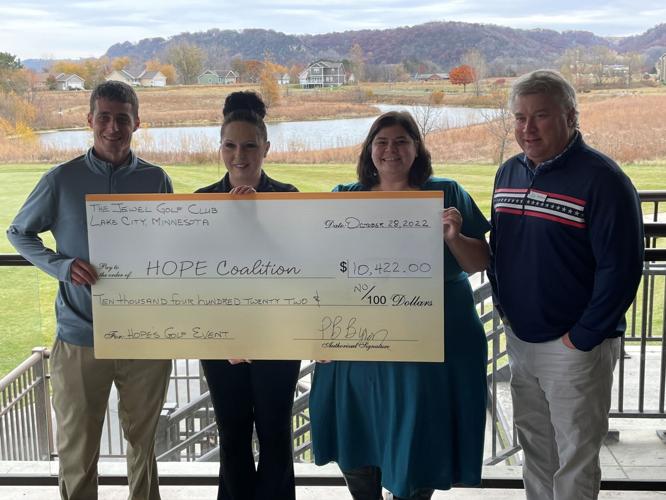 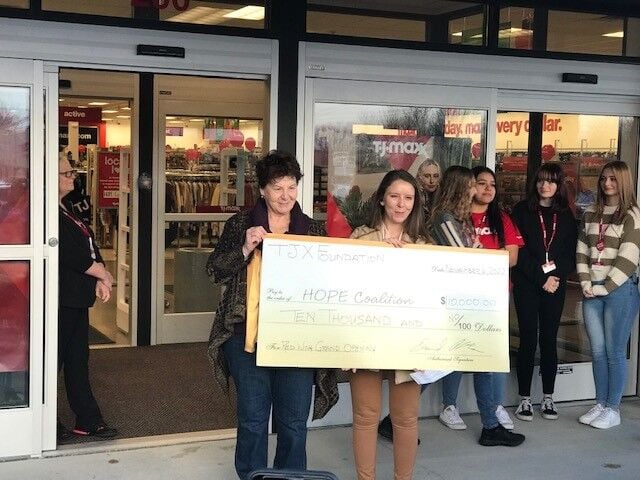 On a snowy October day, HOPE Coalition hosted its annual golf fundraiser at the Jewel Golf Club in Lake City and raised $10,000.

The organization has hosted the fundraising event over the past four years and the money raised goes toward services for domestic violence and sexual abuse victims.

During the golf tournament this year the organization was able to raise a large amount of money despite the weather being less than desirable.

“The Jewel Golf Club and the owners pooled their resources and matched whatever we brought in and they have done that every year,” development coordinator Linda Flanders said. “It was snowing that day, and we still had 50 golfers show up for the event, and we still raised a total of $10,000.”

The event is held in October each year to bring awareness to Domestic Violence Awareness month. The event also is held to thank first responders.

“Domestic violence calls are some of the most dangerous ones to roll up on for law enforcement. In 2021, 25 people in Minnesota were killed from domestic violence,” Flanders said.

On Dec. 30, 2011, Officer Shawn Schneider of the Lake City Police Department was shot and killed when he arrived at a domestic violence call. He was only 32 years old and left behind a wife and three children.

“The event started with an employee at the Jewel who wanted to do a community service project and the first year was so successful and everyone had a good time for a good cause so the event continued each year,” Flanders said.

The donations come from a portion of the golfer’s entry fee for the tournament, hole sponsors, a bake sale and any other donations attendees contribute throughout the day.

“We also have a bake sale in the front lobby during the event, and this year we had tons of baked goods and just from that we made $1,919,” Flanders said.

The donations from the golf event will go to the Wabasha HOPE Coalition office and they plan to hold the event again next year.

A few weeks after the golf event, HOPE Coalition received another large donation from the TJ Maxx Foundation.

The TJ Maxx Foundation donates to nonprofit organizations when they move into a new town or city.

The foundation chose HOPE Coalition after the organization was nominated by an anonymous source in the community.

“To my understanding, when TJ Maxx is moving into a town the foundation will always give a $10,000 grant to a nonprofit” Flanders said. “Someone nominates the nonprofit and then they investigate them. That donation was a surprise too, they let us know about a week before they made the donation and so it was a very nice surprise.”

The TJ Maxx Foundation donated $10,000 to the Red Wing HOPE Coalition office to go toward services offered for domestic violence.

The HOPE Coalition has a 24-hour hotline for domestic violence at 800-369-5214 and for sexual assault at 800-519-6690. For more information about offered services and about the nonprofit visit hope-coalition.org.