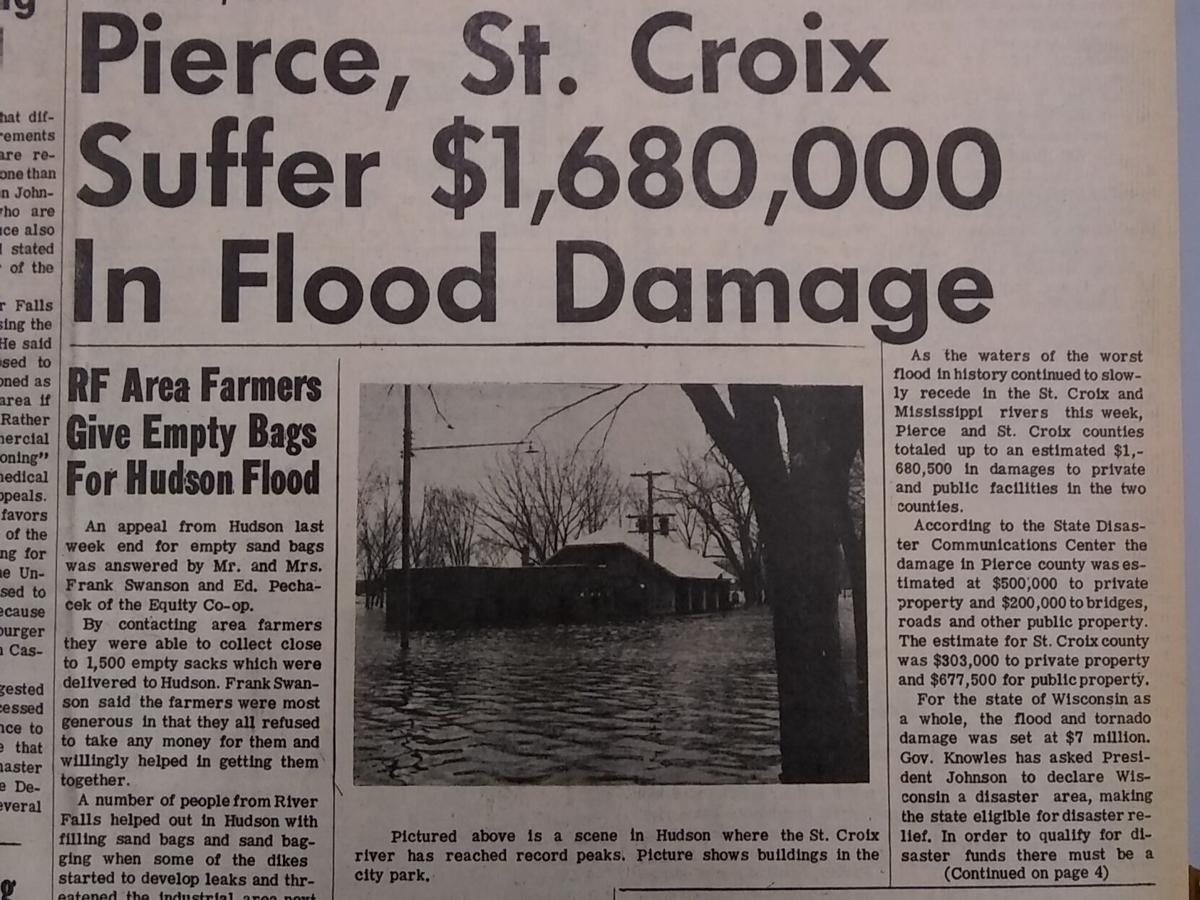 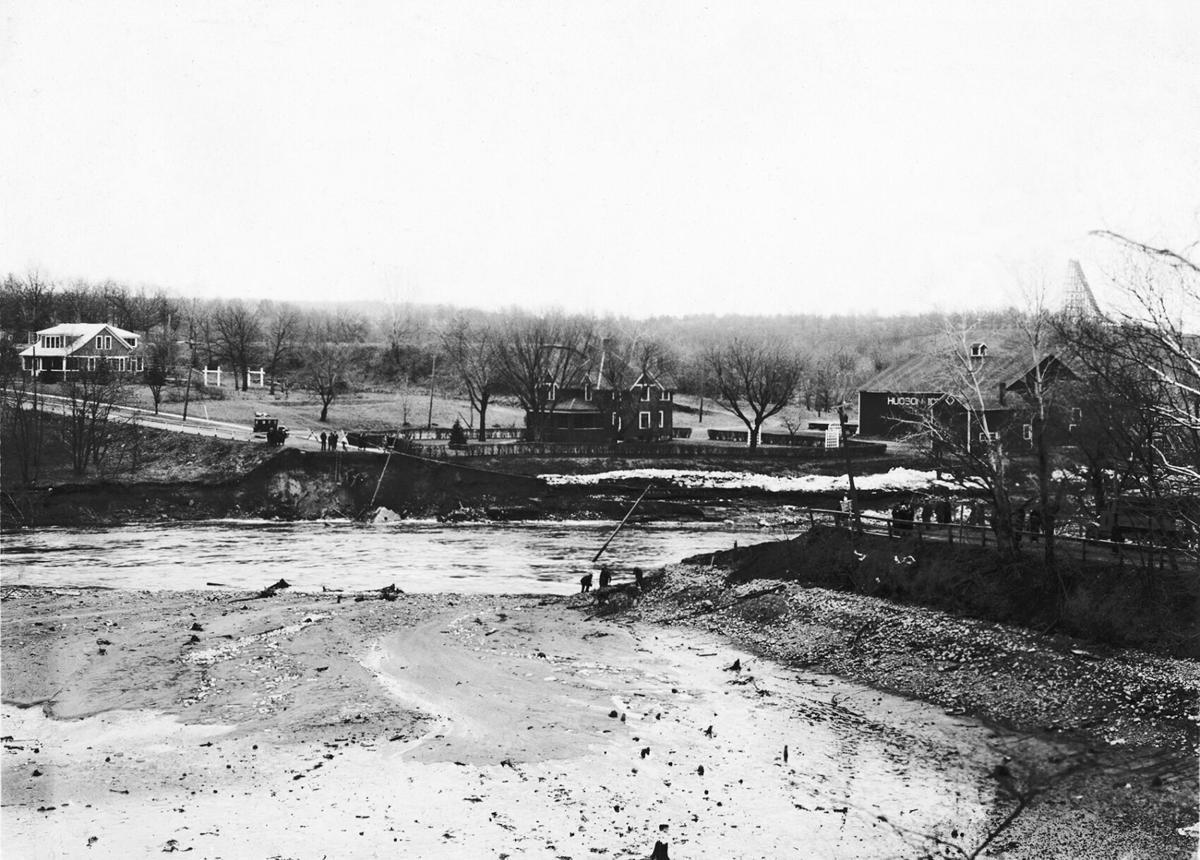 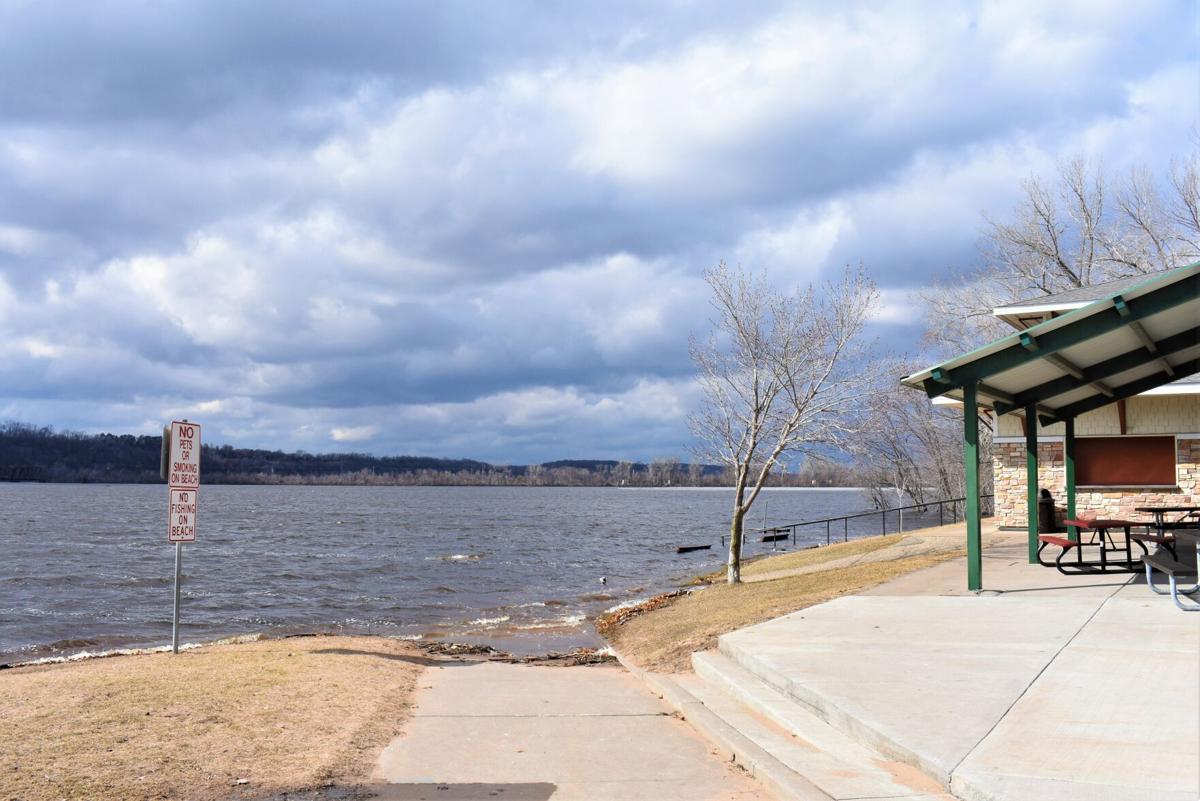 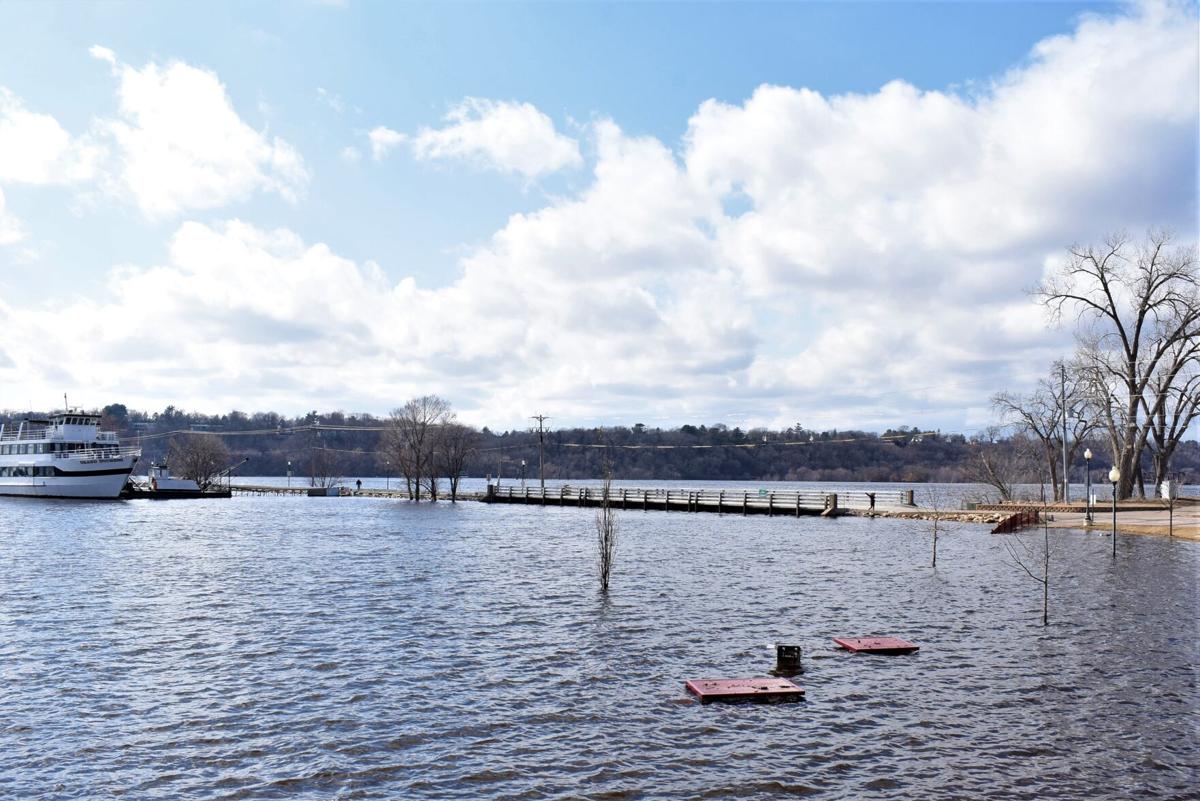 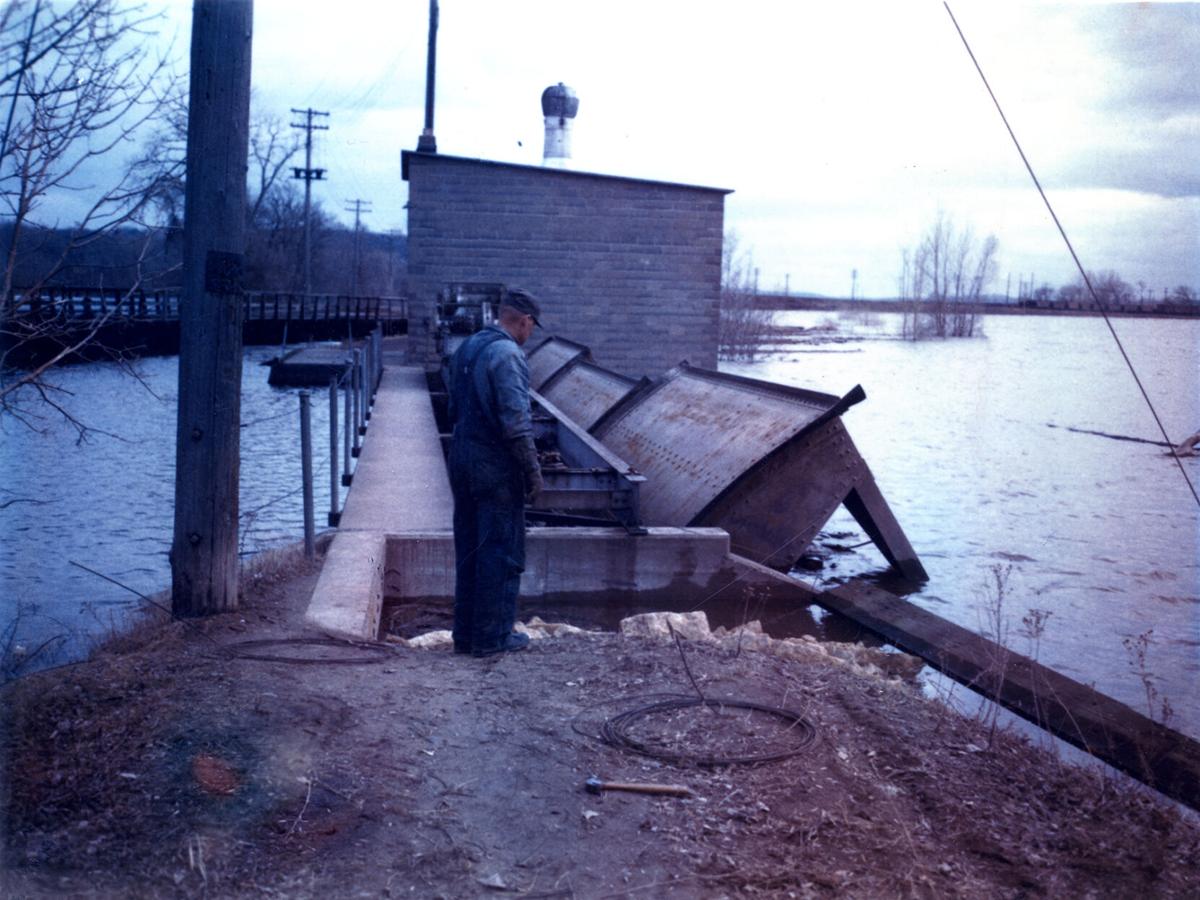 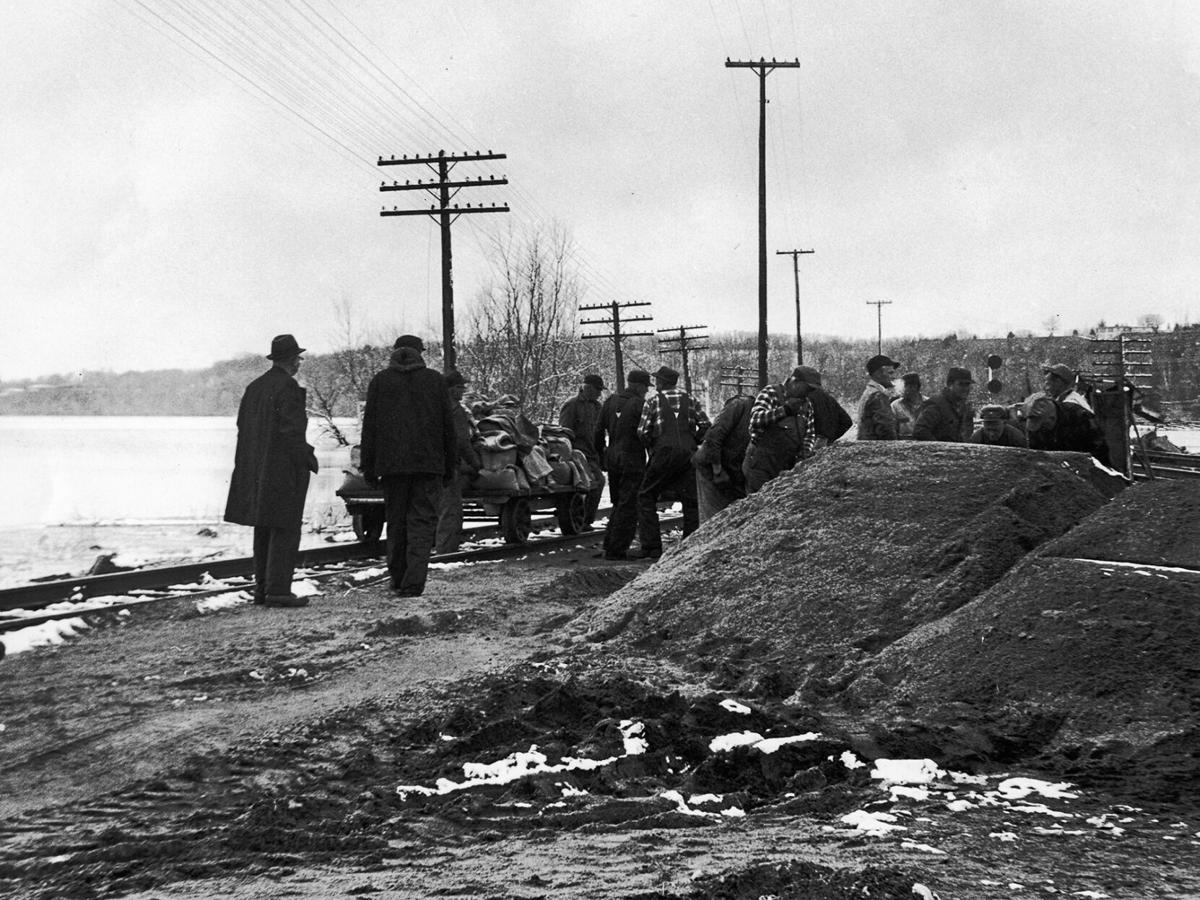 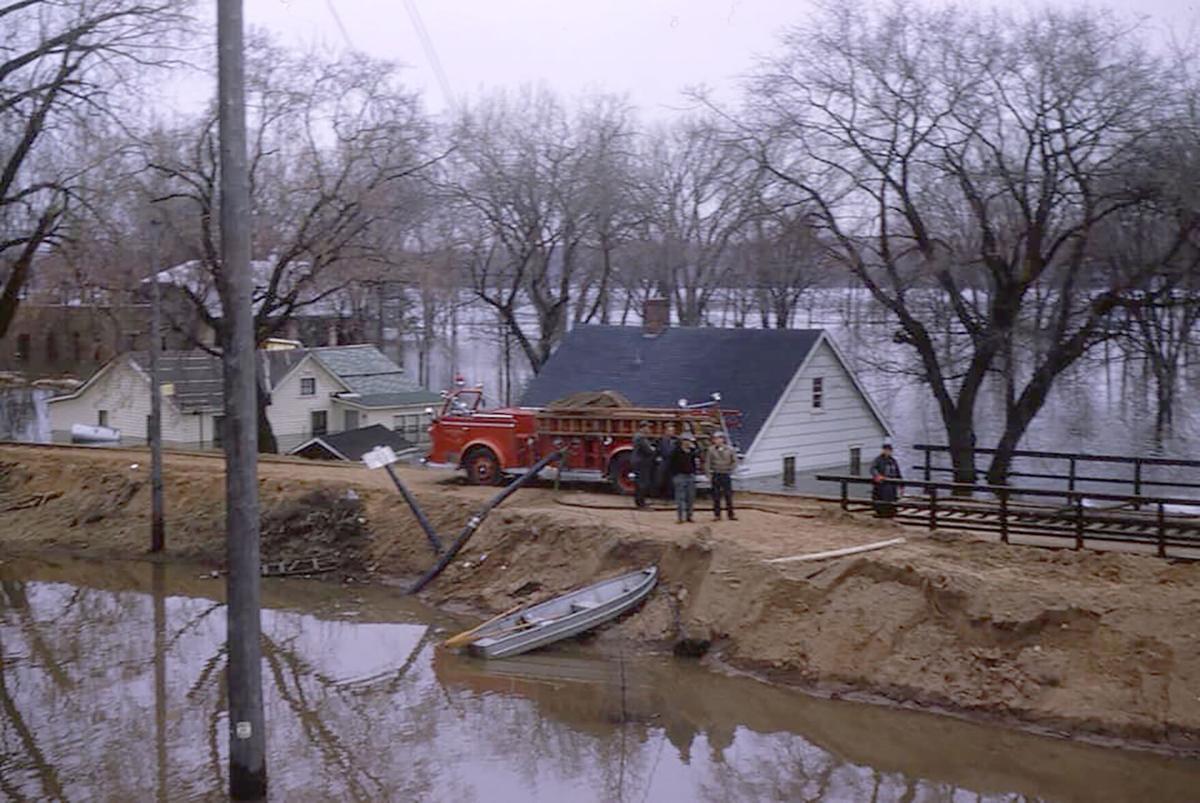 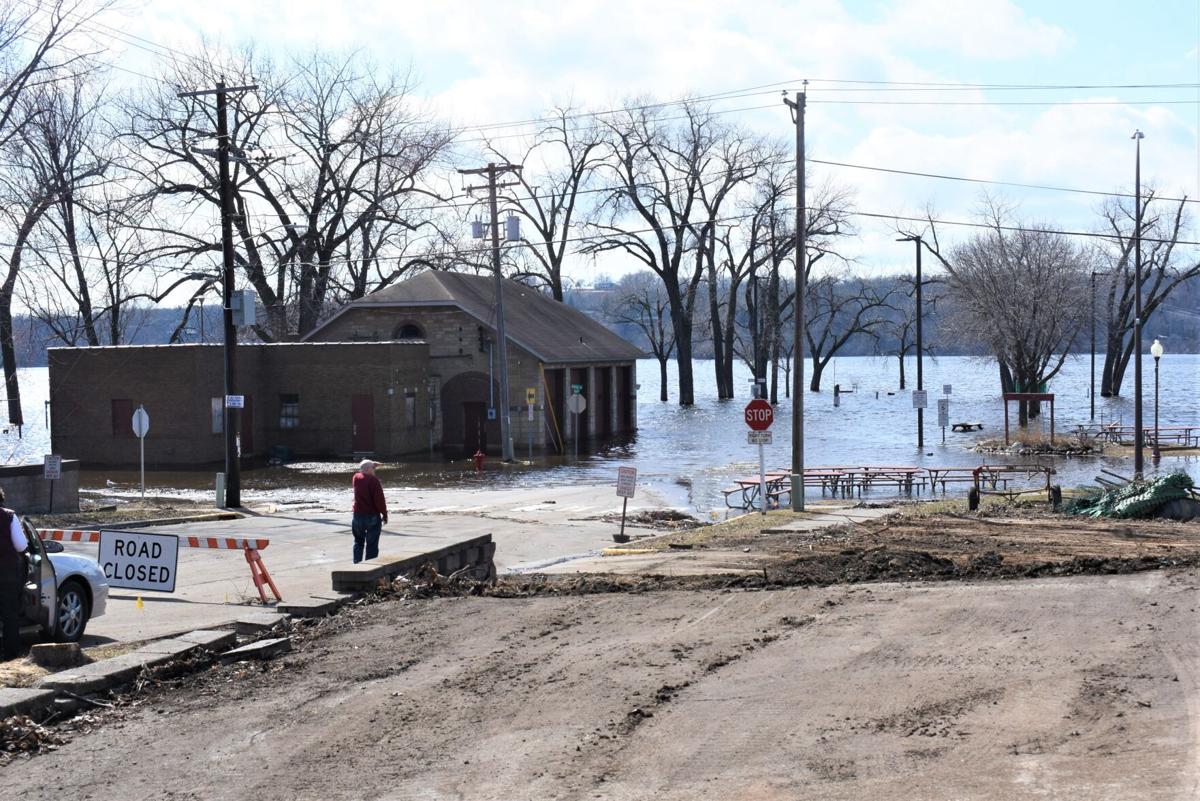 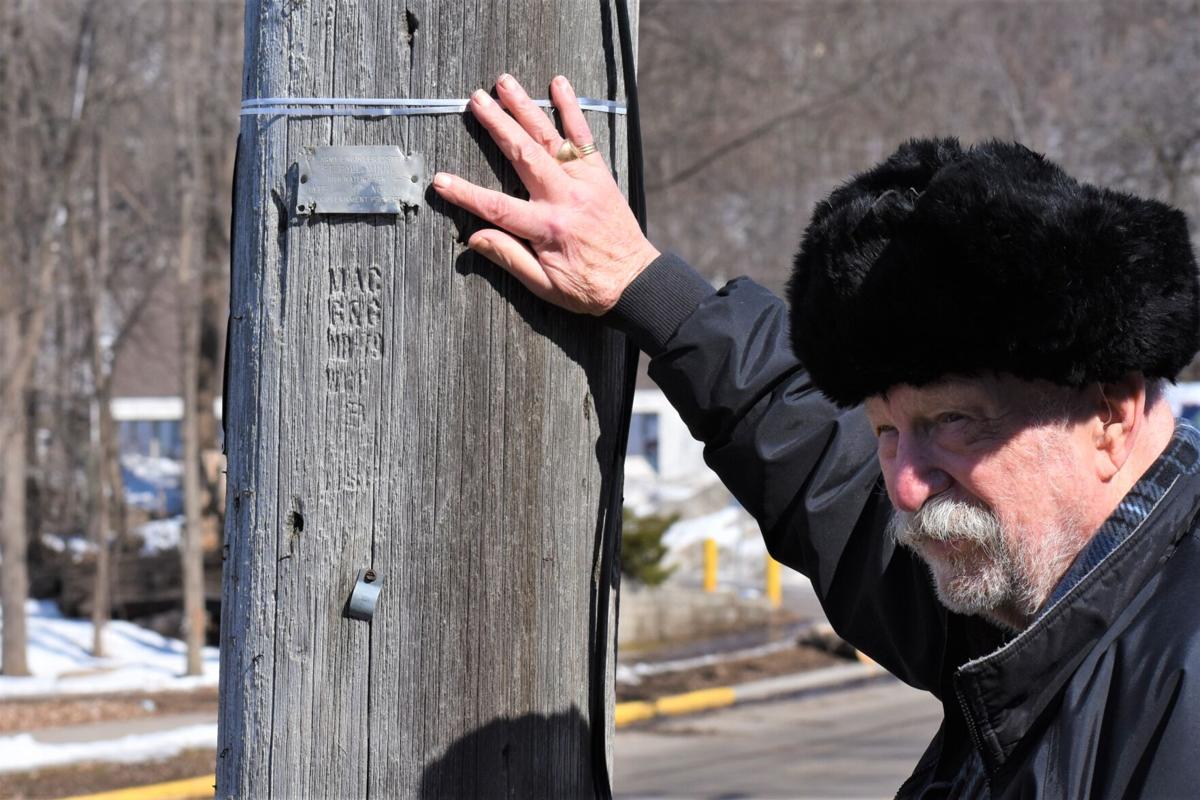 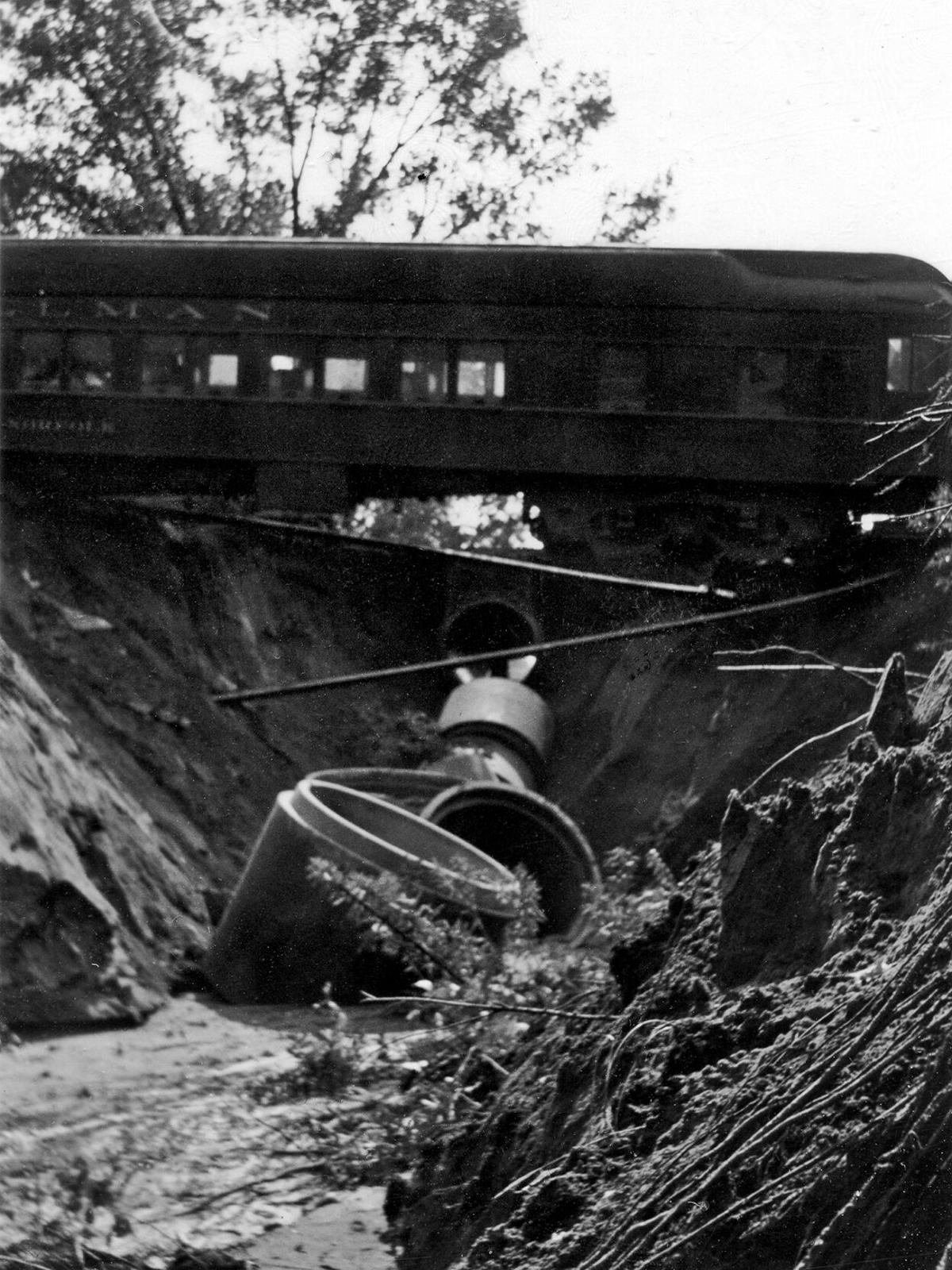 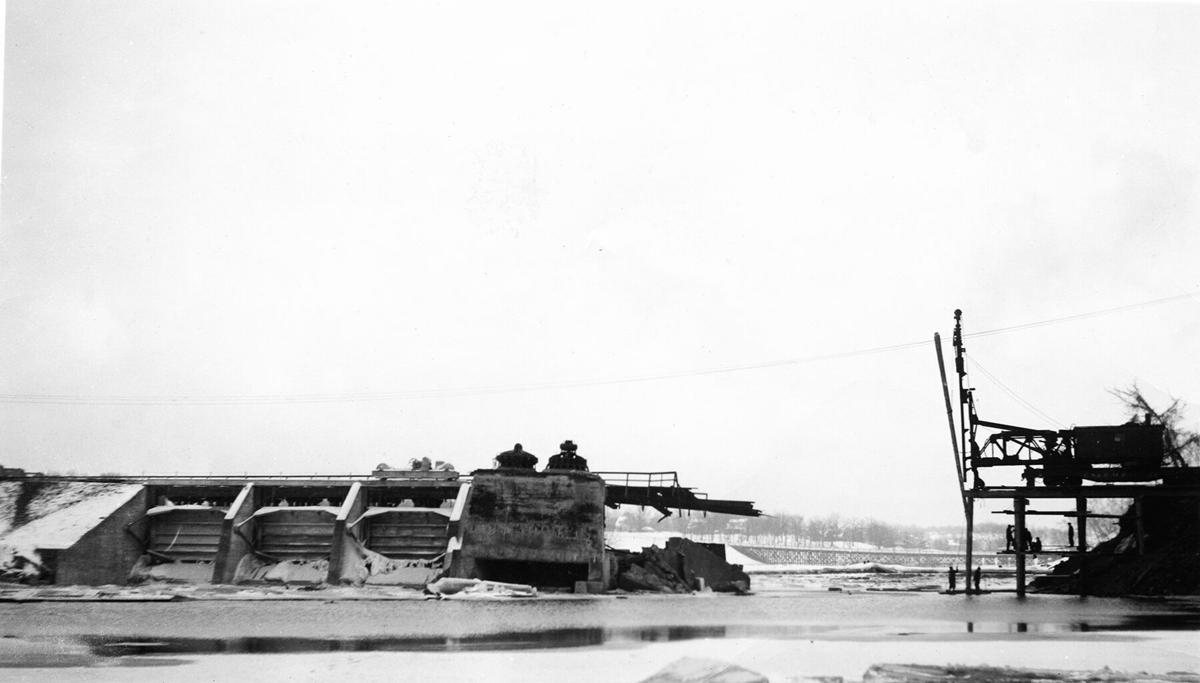 High waters and spring flooding isn't a foreign concept to Hudson's Lakefront Park and surrounding areas along the St. Croix River, but 2019 still found its way into the records.

This year it was reported by the National Weather Service (NWS) the St. Croix River near Stillwater crested higher than it has in over 25 years, reaching 88.48 feet. (Hudson Star-Observer previously stated that river levels are not recorded by NWS at Hudson but are generally similar to Stillwater's numbers.)

Near the peak of the 2019 crest, Hudson's Lakefront Park was completely submerged, with only the tops of picnic tables visible at the surface. Water was running just below the bridge on the walking pier and reaching over First Street along the river, which required the road to be closed completely for a short distance. The beach's sand was nowhere to be seen and water was lapping up very near the shelter building.

But compared to the all-time record-breaking flood in 1965 that was recorded by the Hudson Star Observer as the "worst disaster of residents' lives" at the time, only a small section of Hudson is majorly impacted this year.

Although the oldest record by the NWS for the St. Croix record-breaking dates back to 1952, recorded as the sixth worst flood in Stillwater, major damage had been sustained by Hudson and surrounding areas in 1934 as well.

The St. Croix County Historical Society submitted photos from both 1965 and 1934 flooding events, both sets highlighting the widespread devastation: Washed-out highways, railroad bridges strewn in pieces from right beneath abandoned trains, houses submerged in water up to the attic levels and observed efforts to assemble sandbags.

The 1965 Hudson-Star Observer and the River Falls Journal reporters worked hard to compile numbers and damage estimates during April and early May 1965, as well as collect compelling quotes from impacted witnesses and businesses.

Photos of the flooding printed by the papers, which are still intact within full-page printed archives, tell the visual facts of the flooding just as well as the St. Croix County Historical Society. However, for at least one publication of the Journal there were no photos of the flood as the delivery of the prints to the newsroom was impossible with the flooding.

Below are a few outstanding reports from both the Hudson Star Observer and the River Falls Journal printed between April 8 and May 6, 1965:

• Hudson and surrounding areas received about a foot of snow at the end of March, contributing to the major flooding.

• The Stillwater Bridge closed down 10 a.m. April 12 as travel was impeded with high waters. Dynamite was used to dislodge a huge ice jam that was threatening the bridge.

• Passengers were saved from cars stalled out in high waters in Hudson.

• Some backup began in Hudson's sewage system and the city sewage disposal plant ceased operation the week of April 22.

• Railroad freight and passenger trains from St. Paul to the east were rerouted, other trains from Minneapolis to Camp Douglas were not allowed near Mississippi River routes. Only one train was allowed to Chicago, while nearly 28 trains were traveling daily through Hudson to Eau Claire.

• By the end of April, homes at Proehl's Point had 4-6 inches of water on their floors and water had backed up from the St. Croix into Lake Mallalieu.

• A break in the lower dam at River Falls' Kinnickinnic River on April 29 cost nearly $50,000 in repairs. Today that would cost $401,231.75 according to the US Inflation Calculator.

• The Journal reported Gov. Warren Knowles asked President Lyndon Johnson to declare Wisconsin a disaster area by April 22, making the state eligible for disaster relief. The state's damages totaled around $7 million then, which would be about $56 million today.

• According to the State Disaster Communications Center, damages estimates for private and public property in St. Croix and Pierce counties combined were sitting around $1,680,000 or $13.4 million in today's estimates.

Hank Paulson, who was a young 20-something city engineer for SEH during the 1965 flood, spent three days defending his Chris-Craft Roamer boat from the floods by hunkering down inside it near the park.

He and a few other of his boat-owning friends tied their property to a few trees by what is called the Buckeye Garage Building. While the rest of the riverside residents were watching the waters rise, Paulson and his friends threw themselves a little flood party for three days while waiting for the ice to flow by and the waters to recede.

"We all got together and had a hell of a time," Paulson recalled. "Nothing really happened but you hear the ice banging into it (the boat)."

The waters had rushed in and filled manholes which needed to be covered with sandbags to keep shut, Paulson noted.

The river had risen to heights which are now marked on an electric pole near the garage building by the river. The marker, which Paulson pointed out, is tacked on at a height not much taller than him.

"After the flood, people will move right back into their same house and say 'oh it'll never happen again'," Paulson said. "Well, yeah it will."