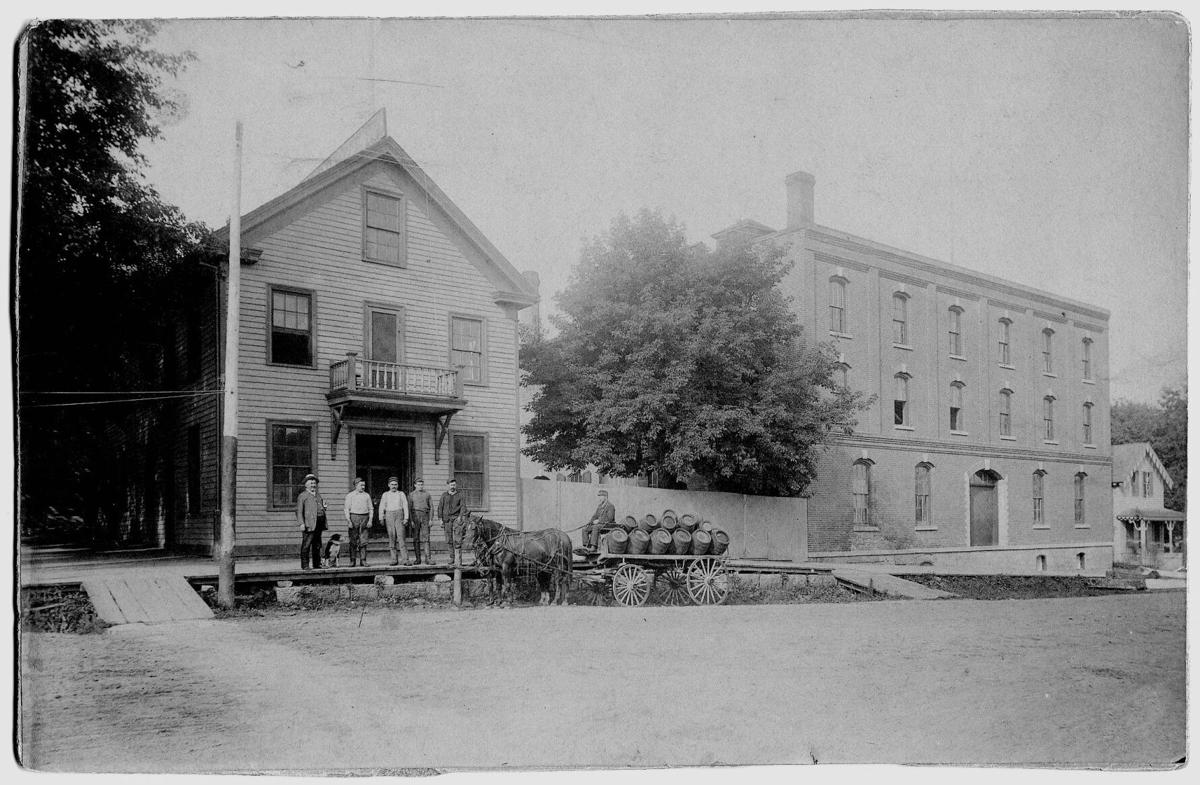 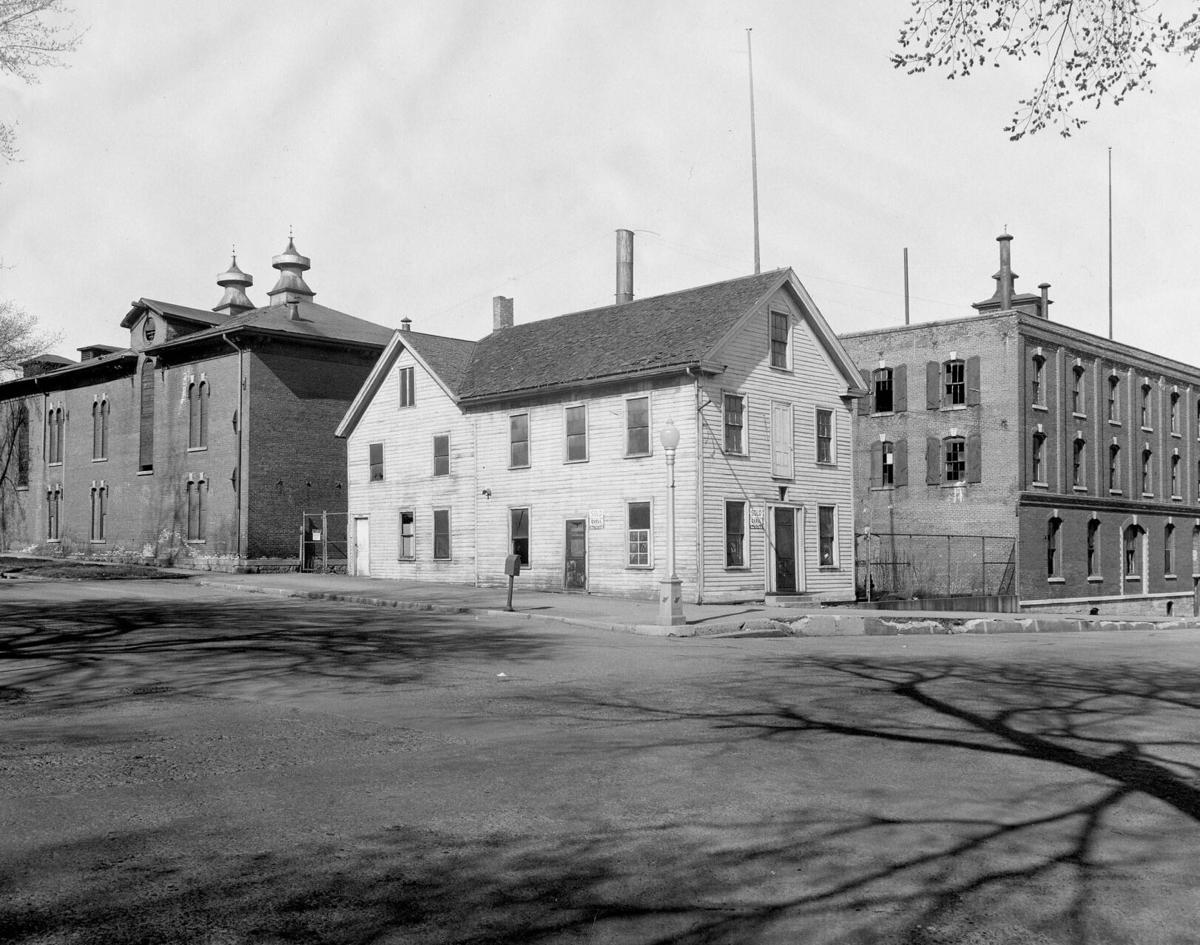 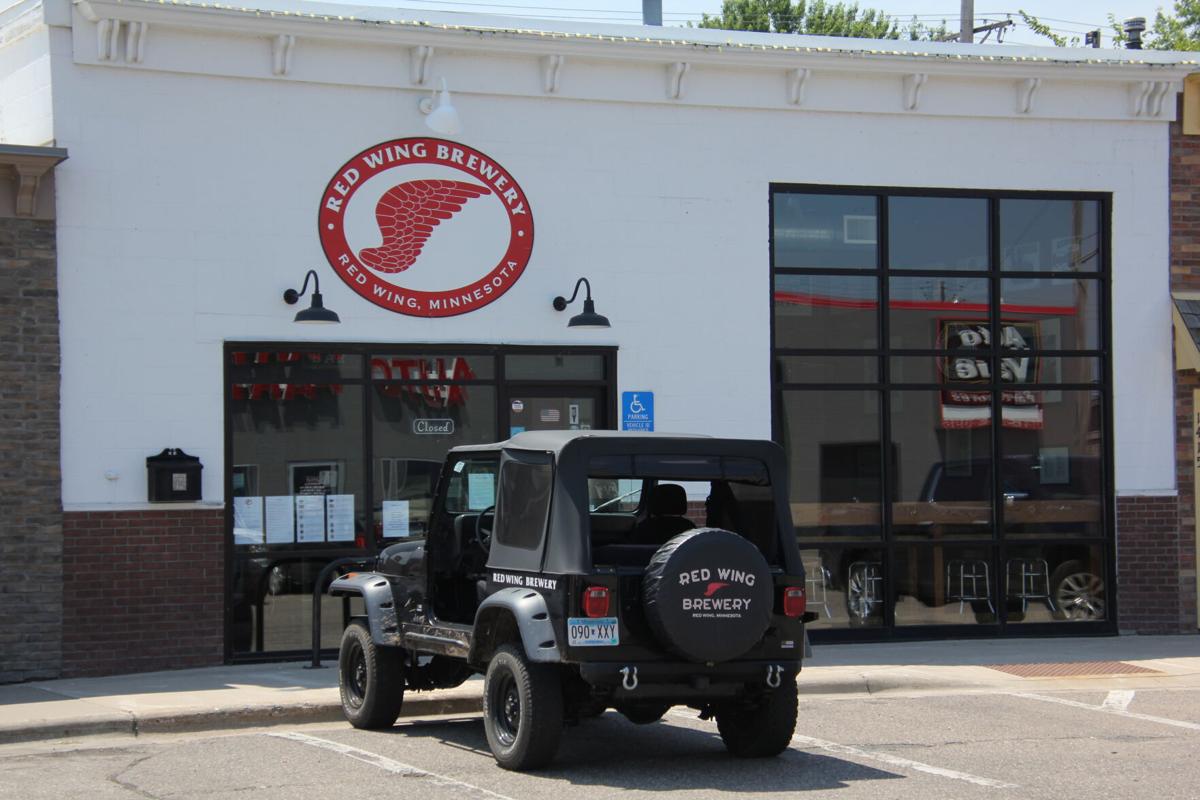 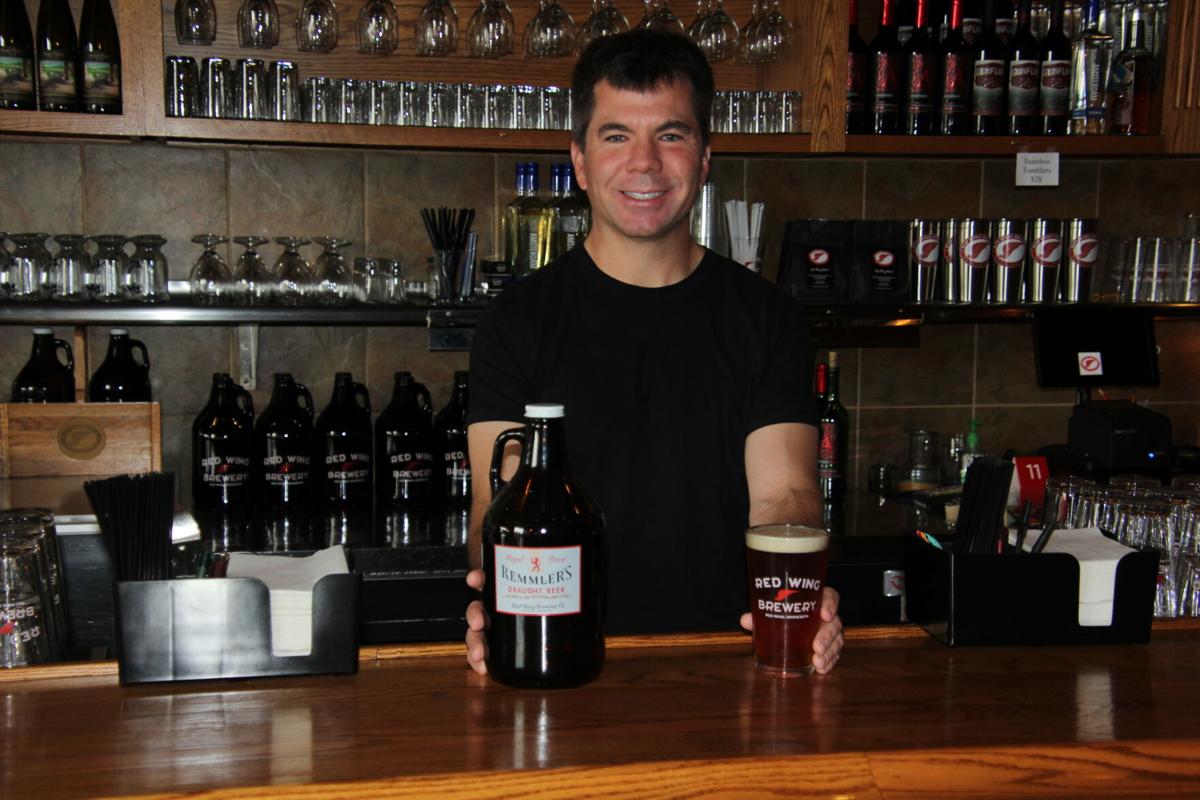 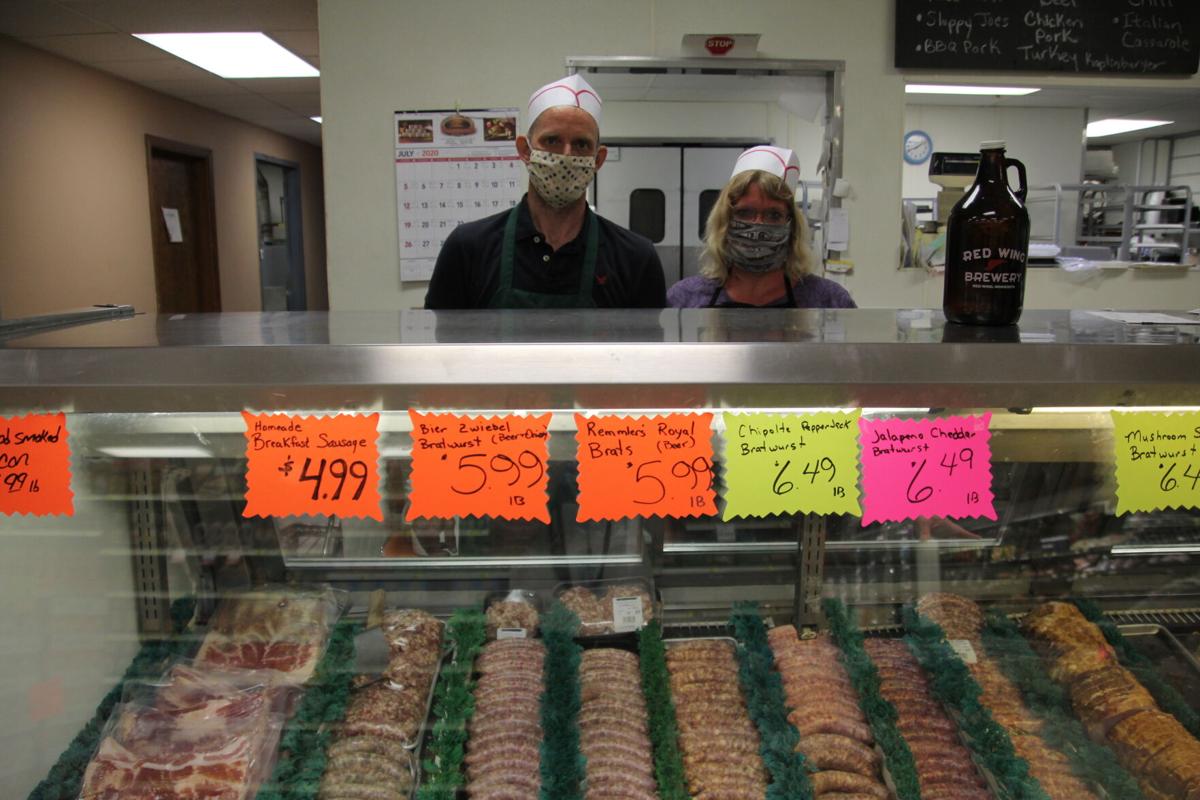 RED WING -- A quirk in Red Wing history is playing out as Koplin’s Market is producing brats made with a Red Wing Brewing beer called Remmler’s Royal Brew which was originally brewed for decades on the current site of Koplin’s Market.

“The Remmlers started their brewery in 1861,” said Scott Kolby, owner of Red Wing Brewery on Old West Main Street. “They had that spot on the corner of Fifth and Bush and the brewery was there until 1951. The arched beer-aging vaults of the old brewery were filled in and paved over, and now rest under Koplin’s Market parking lot.”

Cheryl Koplin, owner of Koplin’s Market, had wanted to add a beer brat to the market’s offerings for some time. Her brother, Cory Koplin, makes the brats at the market, and the two approached Red Wing Brewery about using one of their beers in the brats.

“We’re local. We’re hometown. We’re community-based and the original brewery was right here where we are now." Cheryl said.

As soon as he talked with the Koplins, Kolby was interested. When he opened the brewery in 2012, he did some research into historical beers in Red Wing, and one that especially interested him was the beer made by Remmler’s Brewery called Remmler’s Royal Brew.

“We have a recipe for Remmler’s beer thanks to the Goodhue County Historical Society,” Kolby said. “They have a folder on breweries in Red Wing. As we were looking through that, we found letters and pieced together the recipe from them.”

Kolby was able to track down the modern-day equivalent of the yeast, hops, and barley they used in the original recipe. He said the Remmlers had German heritage, so they used a lagering process which means it is fermented at a colder temperature for a longer time.

“We wanted to bring back this historic beer so people in Red Wing can enjoy Remmler’s,” he said. “Now they can enjoy it as a beer and as brats.”

Cory explained that the market has existed in Red Wing for 151 years. It was originally at Seventh and Plum streets, and over the first 70 years, it changed hands several times.

“In 1947, our grandfather and uncle teamed up and bought the business, and since 1947, it has stayed in the family,” he said. “We’ve gone four generations that work here with one move 23 years ago to this location.”

Cheryl said that the addition of the beer brats to their store has been popular with customers. Koplin's now has 25 different recipes for brats.

“Beer is a flavoring for the brats,” Cory said. “The beer also tenderizes the meat.”

Cheryl is pleased with the business relationship between Koplin’s Market and Red Wing Brewery and said that any time businesses can work together, it helps build a stronger community.

“It is a very healthy atmosphere in Red Wing that businesses support other businesses, and this is just one example of that,” Kolby said. “This is a good fit, not only because of Red Wing being what it is and businesses supporting each other, but also because it does tie into the history, and Red Wing is a city that is very proud of its history.”