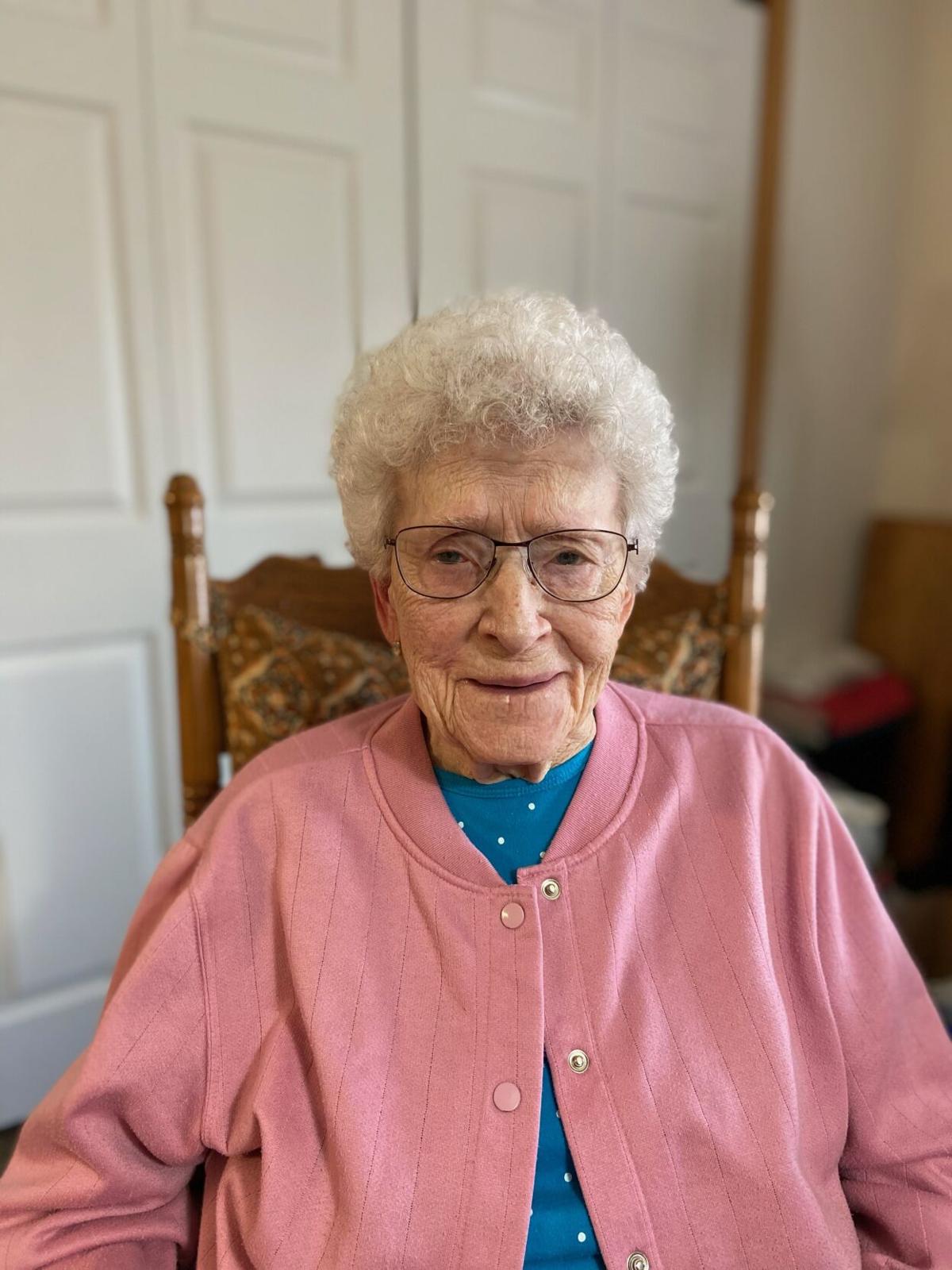 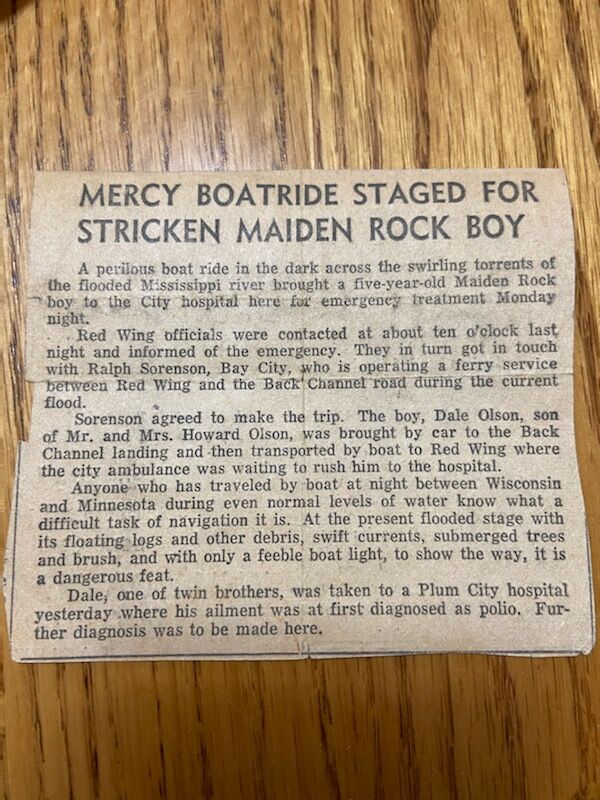 RED WING -- For Lorraine Olson, the current scare about the dangers and unknowns of COVID-19 brings back memories of polio and a frightening night on a boat on the flooded Mississippi River.

Lorraine and her husband, Howard, had seven children, and they, like every parent in the early 1950s, lived in dread of polio which seemed to be attacking children randomly.

She remembers clearly the night, almost 70 years ago, when her son Dale, a twin, came down the stairs and said he didn’t feel well.

“He was feverish, so I gave him an aspirin. That’s what the doctors told us to do during those days. We had seven kids, and the aspirin didn’t kill any of them,” Lorraine said.

She sent Dale back upstairs to bed, but he came down later, and she noticed his motions were jerky, and his fever was worse. Lorraine wrapped him in a blanket, and Howard drove the car to Plum City, the nearest hospital.

The doctors checked Dale and thought he might have polio. He could not stay at Plum City because they did not have a polio ward, so the doctors suggested going to St. Paul or Winona. With six children at home, the Olsons decided to go back home.

“The highest flood we had ever had was in effect at that time,” Lorraine, now 96, said. “I had a child in a coma in my arms, and we didn’t know what to do.”

Lorraine called the hospital in Red Wing and the doctor said if they could get to Red Wing, they would have a place to care for Dale.

They had no way to know if the hospital in Winona or St. Paul had any openings. The bridge at Wabasha was closed from the flood. Water was too high in Red Wing, too -- the high bridge that just came down wasn’t built until 1960 -- so people couldn't cross in a vehicle. The only way to Red Wing was on a boat that carried workers back and forth each day.

Lorraine had heard there was a Coast Guard boat in the area because of the flood. She called the Goodhue County sheriff in Red Wing and explained her situation. He called the Coast Guard, but the boat was involved in another problem. The sheriff then called Ralph Sorenson, a commercial fisherman from Bay City, and asked if he would help.

“Ralph said he had never gone across the river when the water was so high, so he wasn’t sure,” Lorraine said. “He said if he could find someone to go with him, he would try it.”

Tom Tyler, the Bay City hardware store owner, agreed to go. Tyler stood in the front of the boat with a lantern, watching for all the trees and debris floating in the flood water. The boat bumped into a couple of trees, but landed safely in Red Wing.

“I don’t like being out on the river,” Lorraine said. “I have always been afraid of it, but that time, I never thought about it.”

When they landed, Lorraine said they took their shoes and socks off to wade across the railroad tracks, because the water was up to the depot. An ambulance met them and took Lorraine and Dale to the City Hospital.

Howard and his brother stayed at home, taking care of the other six children. Lorraine sat in the hospital room with Dale, who was still in a coma. The doctors finally determined that Dale did not have polio, but a case of encephalitis.

“On the fourth morning, I was reading the paper,” Lorraine remembered. “I heard this little voice from inside the crib say, ‘Hey, Mom. Where are we?’ Those were the best words I ever heard."

Dale survived the episode and went on to live a healthy life, dying in 2007 in an accident, Lorraine said.

The recent news about precautions to take to avoid the coronavirus have made Lorraine wonder what was being done in 1950 to protect people from the polio scare.

Living two miles outside Hager City, Lorraine said “We were kind of away from the frightening things in a way, but nobody knew what polio came from. You have a bunch of kids, and you are afraid every time one of them gets a cold or something.”

One big difference Lorraine said is the news coverage of the two events. In the early 1950s, she had one brother who had a television, but she didn’t know anyone else who did. She said they did get radio news and newspapers, but it was very different from today.

“With the polio scare, we kept reading about it over a long period of time,” she said, “but this new virus seemed to pop up like a jack-in-the-box.”

She said the coverage of the current virus gives her one concern.

“You can’t turn anything on without getting news about this virus. I wonder if people will get tired of hearing it and they won’t listen.”