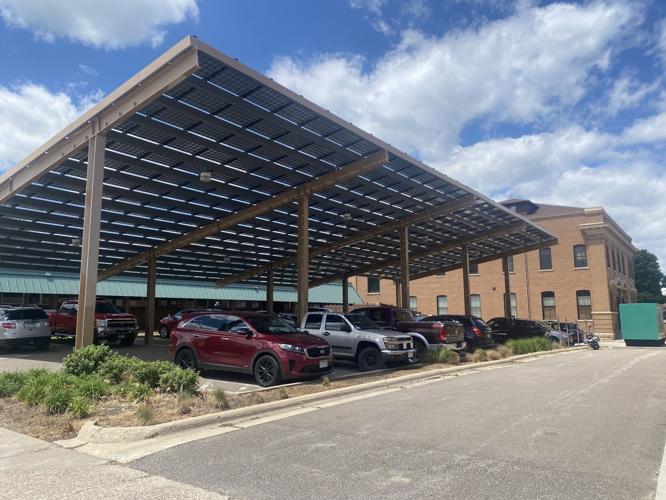 Solar Panels in downtown Red Wing help to fund the new sustainability initiatives in the city. 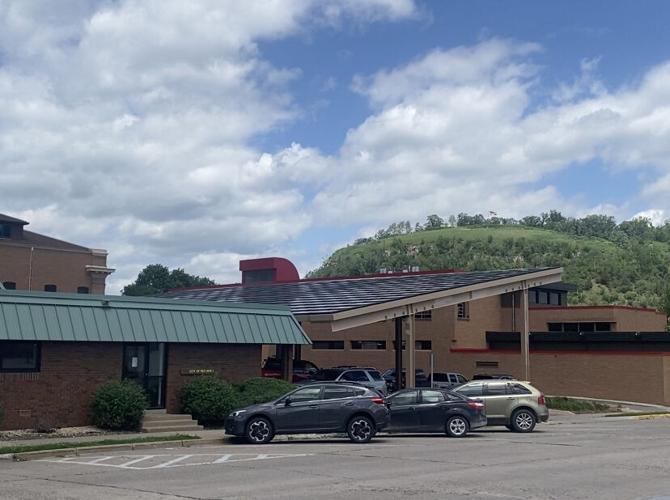 Solar Panels in downtown Red Wing help to fund the new sustainability initiatives in the city.

The city hopes to use this fund for sustainability initiatives and implementing new practices for both the community and the city.

The fund is set for 2023 at $75,000 which comes from the solar energy savings after the installation of solar panels near City Hall.

Council Administrator Kay Kuhlmann said, “There aren’t any specific plans yet, we designed the fund to be very broad. When we first started with creating this fund we didn’t know exactly at the time what the savings were so we put $30,000 in it for 2022.”

Ideas for many projects are in the works but one of the first priorities for the city is transitioning to electric vehicles for the city and providing electric charging stations around town for the public to use.

“Right now we are working on two policies, one is how we are going to approach electric charging stations in public spaces,” Kuhlmann said. “Some cities lease out the charging stations and other cities maintain the stations, and we are deciding what that policy will be for us,”

Aside from establishing the future of charging stations, the council hopes to implement a policy that new developments of multi-family housing have to have infrastructure for charging stations to be in place.

“A traditional apartment doesn’t always have charging stations, and we want to encourage developers to start adding them. Some cities mandate charging stations and others have financial incentives, and we are looking at both options right now,” Kuhlmann said.

In the future, the council has proposed that the city transitions into using an electric fleet for vehicles and equipment. That is how the money may be used in 2023 and into 2024.

Other projects will be considered over the next few years that include more community participation. Recently the city provided rain barrels to community members who wanted them and the hope is to continue smaller projects like this with the use of the green fund.

“We also want an element of this fund to be for the public. One of the things we did this year was to provide rain barrels at a reduced cost. So that could be a sustainable program too, things that are open to the public I see happening in the future as well,” Kuhlmann said.

The policy for this fund is broad and allows the city to make changes in the future if needed, but currently all of the savings will go into the fund each year. The amount of money each year is undetermined because the savings are expected to continue growing.

“The average of savings for the last two years has been $75,000, so we are taking the amount that we know we saved in 2021 and putting that in the budget for 2023, we have to figure that out retrospectively, and we will continue to do that going forward,” Kuhlmann said.

She continued, “It will always be 100% of the savings going into the fund, so we are just estimating now that it will be $75,000 but it will go up, it can’t go down so we are excited about that.”

Sustainability has become a top priority for the city council and this fund will allow them to invest into the practices seamlessly. As the fund continues to grow, the council and city can make plans to continue investing in sustainable practices without financial constraint.

Kuhlmann said, “Originally the plan from the council was to only use 20% of the savings and now they decided to go with 100% and I feel like that was a bold move and giving that fund $75,000 just means that we can do so much more.”