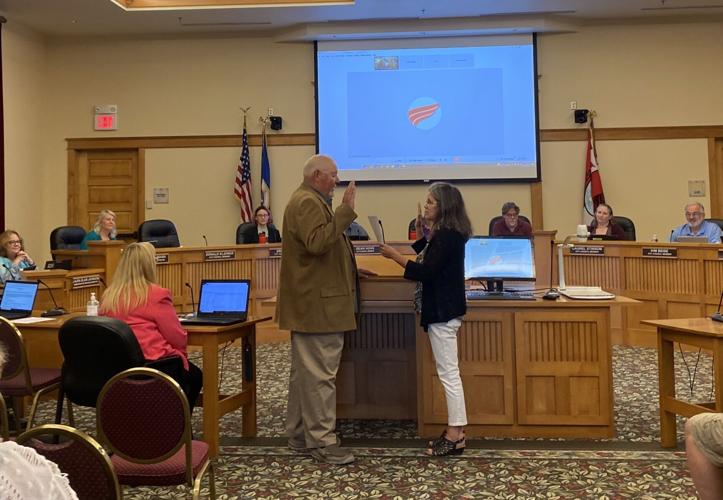 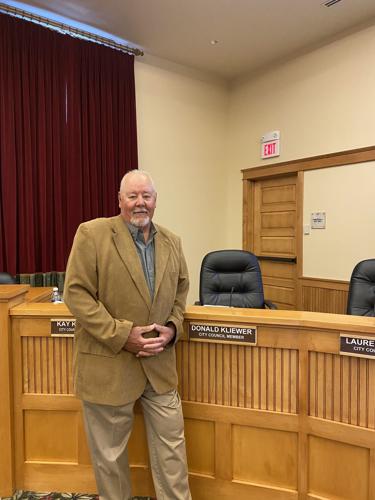 Prior to Don Kliewer’s first City Council meeting as an official council member, the city staff held a reception to welcome Kliewer into the new position.

“I think it is the beginning of some new mindsets for the council and looking at things in a different light,” Kliewer said in an interview with the Republican Eagle following his win in the special election.

During his campaign he talked with residents and explained his approach to decision making on the City Council.

“One of the things I really stand by is a common sense approach to governing,” he said

Kliewer has lived in Red Wing since 2006 and has been involved in the community through the Chamber of Commerce and worked as the general manager for local radio stations for several years.

Before the meeting, he talked with residents and other council members and has started acclimating to the new position.

Kliewer was sworn in as an official council member for Ward 2 during the City Council budget workshop meeting on Monday night.

Kliewer was sworn in by City Clerk Teri Swanson during the meeting and took his official seat for the first time.