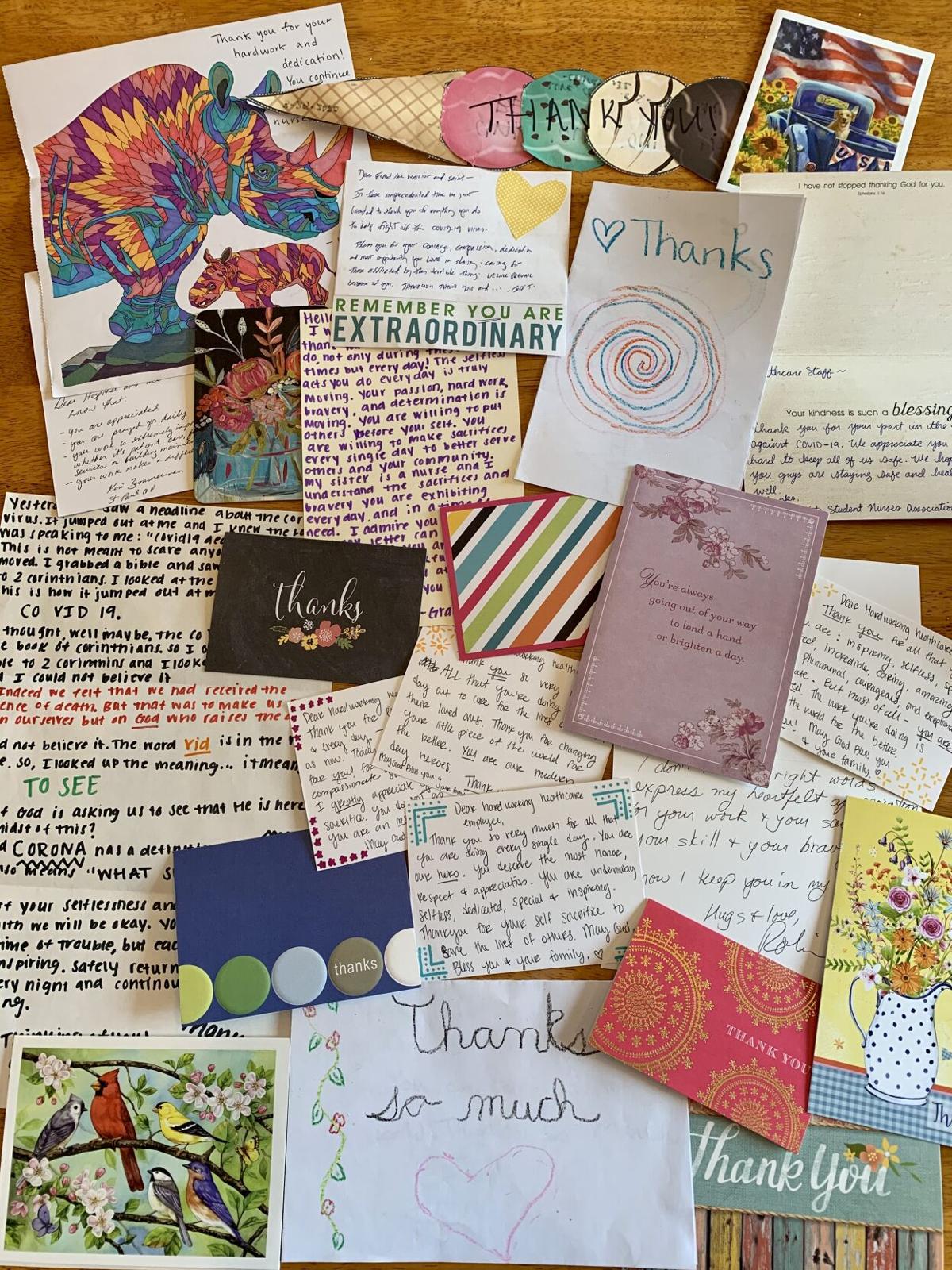 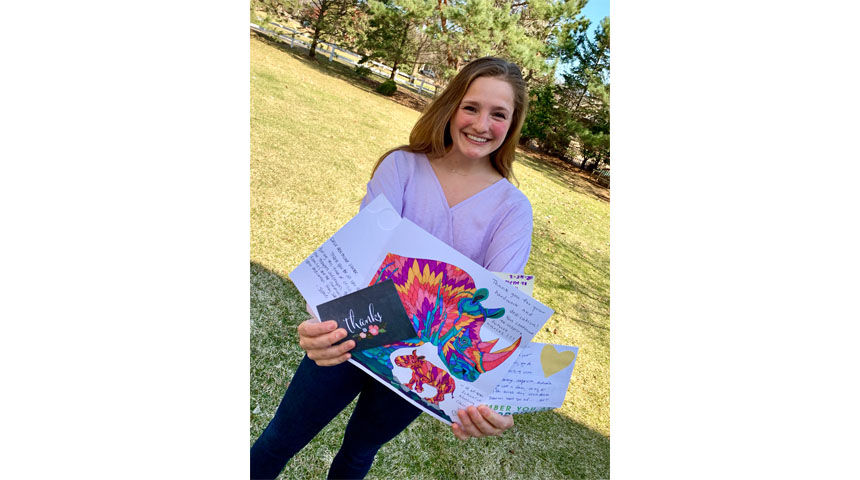 WOODBURY — When Elizabeth Travis was elected president of the Minnesota Student Nurses’ Association in February, she quickly "fell more in love" than she expected and wanted to immerse herself in the role.

This was just before effects of the COVID-19 pandemic began to be felt widely across the United States. As the severity of the situation became clear, the Woodbury resident and Rasmussen College nursing student looked for a way to show support for health care professionals.

“I was thinking, hm, what could I do amidst all of this to spread some positivity?” said Travis, 22, who also works as a certified nursing assistant at Woodbury Health Care Center and volunteers at Children's Minnesota.

She began by asking people she knew to write thank you cards. After posting a "lengthy" message on Facebook, she received a lot of positive feedback and many new offers to send cards, she said.

As of Monday, April 6, Travis has collected nearly 1,000 cards ready to give to health care workers and plans to drop off 100-200 at a different hospital each Monday in April. She began with Regions Hospital in St. Paul and will follow with Abbott Northwestern Hospital and University of Minnesota Medical Center in Minneapolis, as well as United Hospital in St. Paul.

She also reached out to Woodbury Mayor Anne Burt, who has promised to give 200-500 cards for distribution at Woodbury health care facilities, including Woodbury Health Care Center, St. Therese, Woodwinds Hospital and the Urgency Room.

Travis has shared her home address and directed people to send the thank yous to her home. She said she receives "a few each day" and will be hand-delivering them to each location for the facility's leadership to distribute.

Many are simple thank yous, but some are long, heartfelt notes of gratitude to those on the front lines of the pandemic, Travis said.

"It’s been really neat to see how many people are putting effort into this, and I really wanted to hammer home the fact that it’s a really small action but it can have a really big impact when a lot of people come together to do that," she said.

Travis said she has received thank you notes from places all over the country, including Chicago, Houston, Los Angeles, Manhattan and St. Louis.

After sharing her idea for a thank you card drive with other members of the Minnesota Student Nurses’ Association executive board, Travis said students in other parts of the state have taken up the effort, from Rochester and elsewhere in southern Minnesota to Duluth and Hibbing.

Travis expects to graduate from Rasmussen's nursing program in March 2021 and plans to return to the University of Wisconsin-Madison, where she graduated in 2019, to receive her Bachelor of Science in Nursing.

Send thank you cards to: