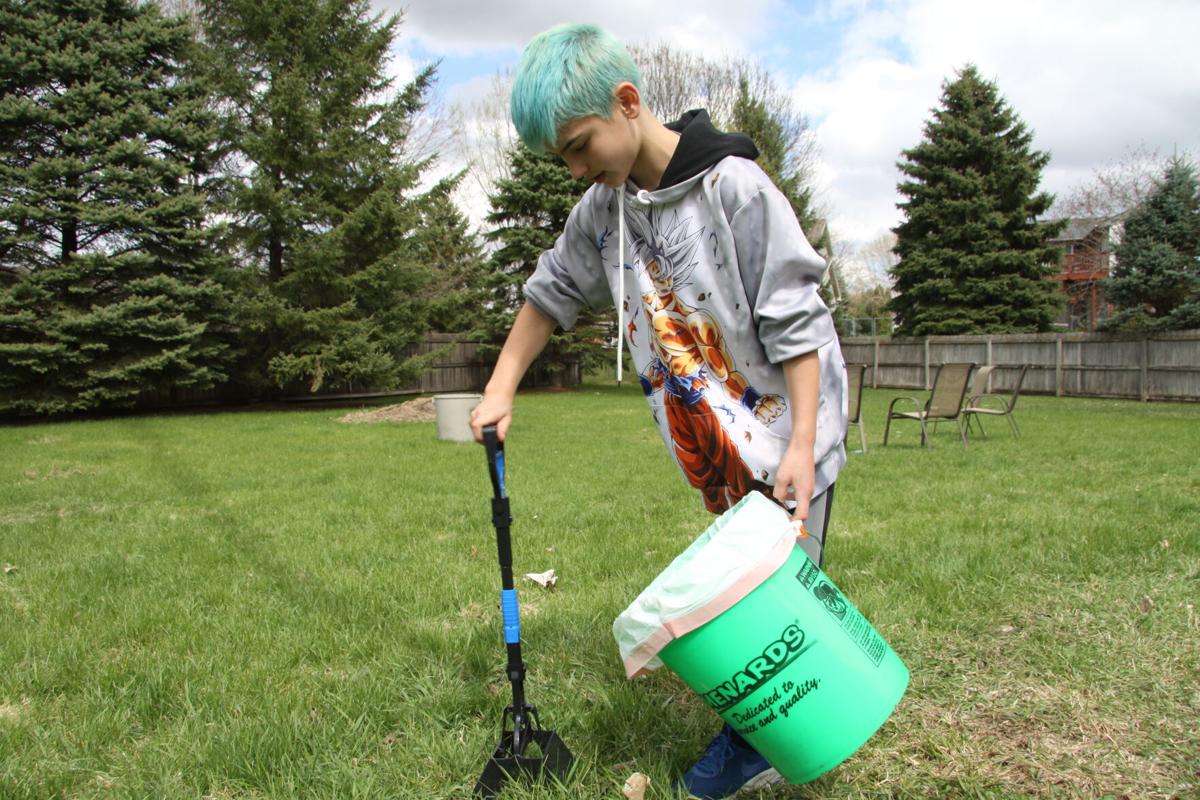 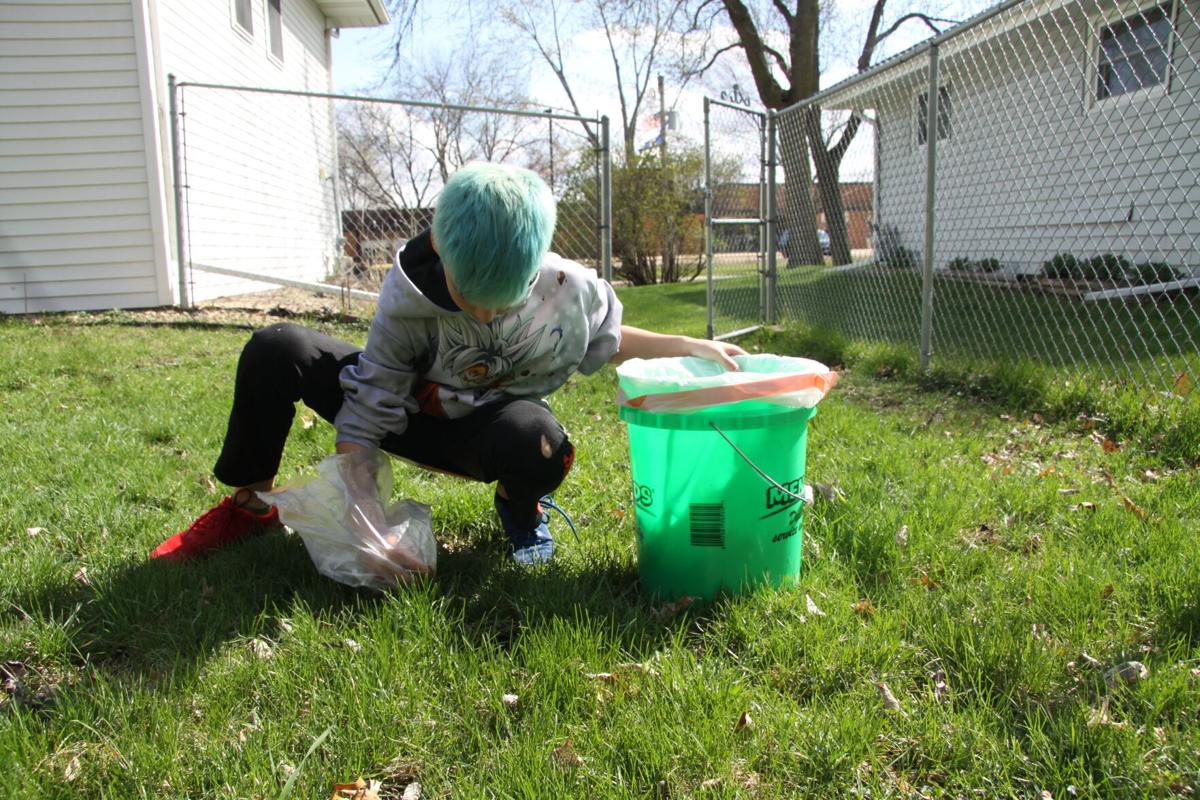 After digging out of a record snowfall, residents like Kris Heywood faced another challenge last month: clearing the yard of six months worth of dog poop.

Heywood enlisted 10-year-old Cottage Grove resident Silas Ruprecht for his dog waste removal services. Two hours and a clean lawn later, she asked if he'd help pick up after Sadie and Diva on a weekly basis.

Since then, Silas has built up a regular clientele, working one to three jobs nearly every day. His business continues to grow thanks to a post in a neighborhood Facebook group by his step-dad, attracting over 30 customers, including some in Woodbury and Hastings.

The buzz has come as a surprise to him and his parents.

"I thought there'd only be a few," Silas said. "This is really the first time I've had my own business."

With summer on its way, the dirty work has paid off: he's earned about $1,800 - and a bit of local celebrity, said his step-dad, Vik Janega.

When Janega went to the bank to trade in smaller bills for larger denominations, he mentioned to the cashier the money was his son's.

"It dawned on her," he said. "'You're the guy who has the kid with the dog poop business!'" he said she responded.

Tricks of the trade

The surprise gig came with dozens of unexpected lessons. While some are specific to the job, others apply to life, his parents said.

First, the pint-sized poop-scooper had to perfect his technique. He had trouble finding all the dog waste at first, said his mother, Lauryn Janega.

His current method is to walk in a straight line, as if he's mowing the lawn.

"Then, I'm not looking all over the place and missing it all," he said.

Long or messy grass doesn't always cooperate with his pooper scooper. When this happens, he breaks out the plastic bags and picks it up by hand.

He's also learning to manage a budget. He's had to buy five pooper scoopers so far, three of which have broken. He keeps an extra for back-up, Janega said.

The young entrepreneur keeps brainstorming new products to solve his problems, such as a contraption resembling a leaf-blower that sucks up all the dog poop.

"He's had to buy everything," his step-dad said. "I think the number one thing he's learned is hard work pays off."

'You know what they say'

When he first started, he'd fill up to seven buckets of dog poop during spring clean-ups. Some days, he'd be out on the job from 3 p.m. to 8 p.m., his parents said.

"It's a lot. But it's good because he's always antsy at home and wants to do things. I keep asking him if he likes to do this, and he's like, yeah," Lauryn Janega said. "I did not expect it to be this big, but it's nice seeing him wanting to do it."

Silas shrugged and said he doesn't know why he does it, but says he likes the money and time spent outside. His parents, however, have another idea.

"I think he just enjoys the reactions he gets from people," his mom said. "They're very thankful."

"I think it's moreso about helping because he does not understand the value of the money he's earning " his step-dad added.

"I just like helping people," Silas said. "You know what they say, sharing is caring."

Heywood, one of his first clients, has a full body nerve disease, which prevents her from standing for long periods of time. She otherwise would have assigned the duty to her parents, she said.

"I thought that's something I could contribute, and help this kid. And kind of do a good thing community-wise," she said. "It's just really worked well."

Over the last two months, she said, she's gotten to know Silas.

"He's an incredible kid. He's very pleasant, he's very polite. He's exactly what you want to see a young man be these days," Heywood said. "What you picture you would want your son to turn out like."

Kathleen Leyde, another repeat customer, said Silas' help has lifted the burden off her two sons, who work and attend college.

"This little one, he's gonna go far," she said. "His parents are helping him start this business now. Who knows where he's going to go?"