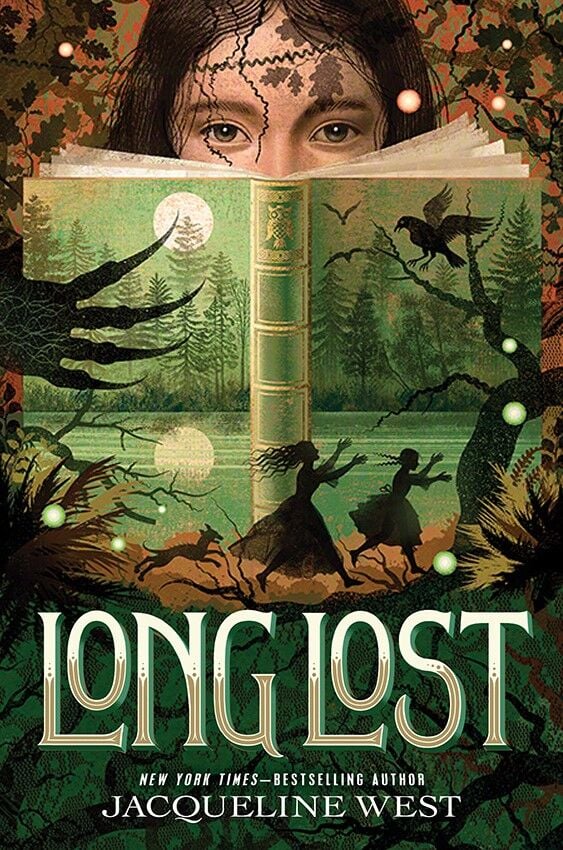 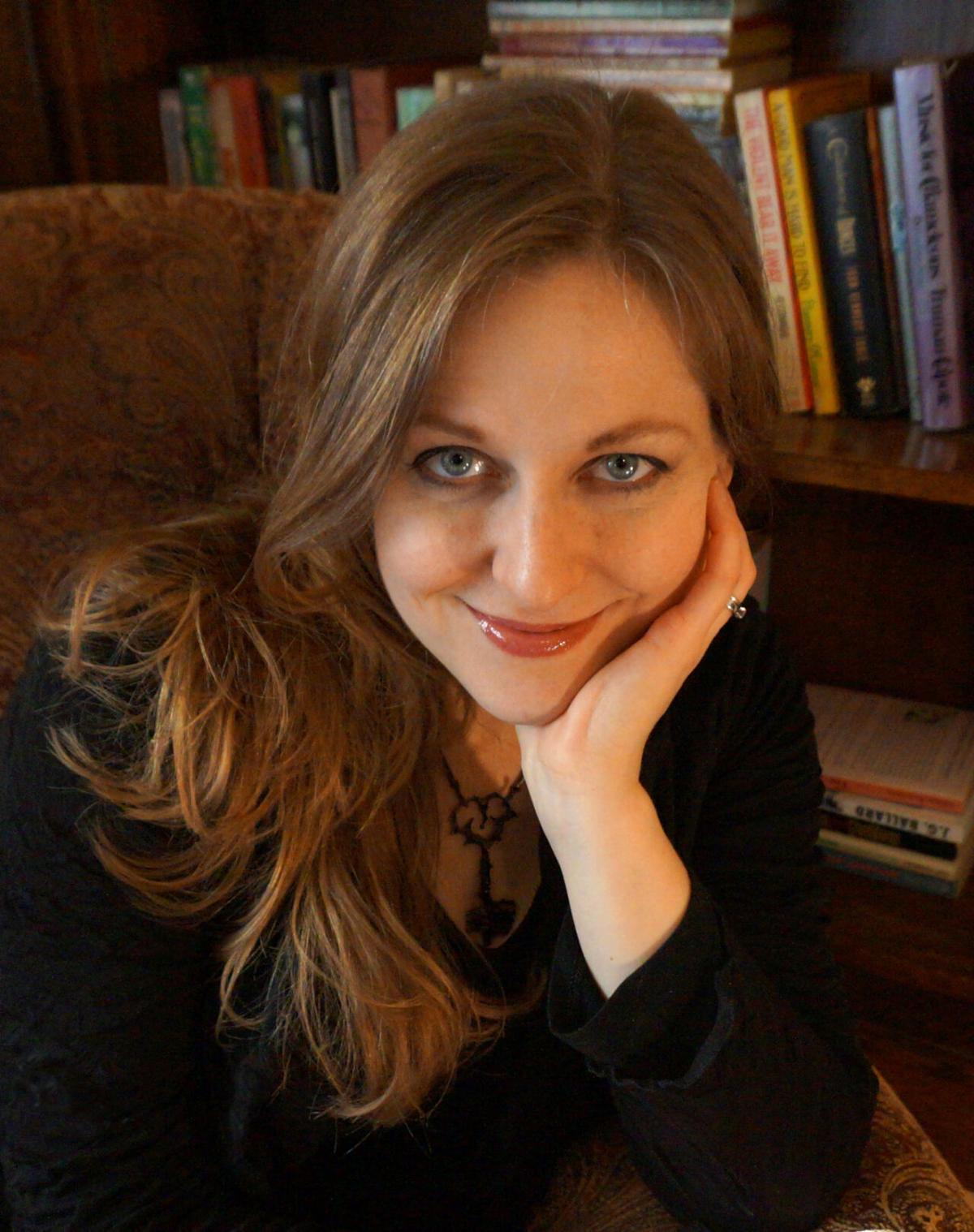 West described the book as “a mystery ghost story, and also kind of a love letter to libraries and to spooky books in general.” West elaborates on the plot on her website:

“Eleven-year-old Fiona has just read a book that doesn’t exist.

“When Fiona’s family moves to be closer to her older sister’s figure skating club—and far from Fiona’s close-knit group of friends—nobody seems to notice Fiona’s unhappiness. Alone and out of place, Fiona ventures to the town’s library, a rambling mansion donated to the town by the long-dead heiress. And there she finds a gripping mystery novel about a small town, family secrets, and a tragic disappearance.

“Soon Fiona begins to notice strange similarities that blur the lines between the novel and her new town. And when she looks for the book again, it’s gone. Almost like it never existed. With stubbornness and a little help from a few odd Lost Lake locals, Fiona uncovers the book’s strange history. It’s not a novel, but the true story of an unsolved century-old crime filled with clues to the mystery. Lost Lake is a town of restless spirits, and Fiona will learn that both help and danger come from unexpected places—maybe even the sister she thinks doesn’t care about her anymore.”

Can you tell me a little bit about what inspired you to write about this library?

So the library is completely imaginary. I have heard of a few libraries, even in the Midwest that are like this; a former private home that has been turned into a public library. But this one is not based on a real one, it's just something I got to concoct in my imagination. But obviously, as a book person, I am a library lover. And so this library is kind of the library of my fantasies. So it is a former mansion, a local wealthy family now has died and they have bequeathed their family home to the town. And so each room of this mansion is now a public room in the library. But of course, the house itself has all this history beyond that.

As a writer, how has it been transitioning to basically being at home all the time and being creative with two little ones running around?

I literally have giant patches missing in my memory where I just don't know how any work is done. It was just a blur. I must be blocking things out because I had a baby right before all of this happened. She was born in late November 2019. So she was three months old when the lockdown began. … So yeah, going from having one kid to two and then having them both at home all the time and no child care has been an adventure. Yeah, this year has really felt like a marathon, but it does feel like now maybe we're getting close to the finish line.

You write for a variety of different ages but you focus on middle grades. Why is that age group your focus?

I first really fell in love with reading when I was that age; that age of just being old enough to choose and read your own books off the shelves. And that's kind of this magical time where you know, as a kid, you walk into the library, and suddenly everything is accessible. You get to choose what you're going to read and what you're going to be interested in. … That's the age at which it all came alive for me. And so many of my favorite books as a kid are those middle grade classics, are the kind of things that eventually made me want to create stories of my own, things like Roald Dahl's books, the Bunnicula series, “Alice in Wonderland,” stuff like that.

The truth is, I'm a total chicken, which I think is part of why. As a kid I loved, loved spooky stories, things like “Scary Stories to Tell in the Dark” and Bunnicula. But I loved it when it was scary and funny at the same time, when there was humor mixed in. I also loved that with a book, you the reader are kind of in control. You know, it's only as scary as your imagination makes it; you can close the book at any time. It's not like a movie, which is so passive, it's just done to you. You can accidentally see a scene of a movie and be scarred for life. But with a book you are part of it. And so as a writer, I get to use all the stuff that I'm scared of. And I have plenty of those things. But I can't really scare myself as I write. And in fact, I get to make my characters confront and overcome new things that are so frightening to me. It's really fun getting to use my own fears. And then alter them and make them evolve in this way.

Do you have any advice for people who are interested in either writing just for the fun of it or those trying to become a professional writer?

The main advice that I give both to young readers and grown-up ones is read like crazy. If what you want to do is write, pretty much everything you need to know is right there. So yeah, read everything you can get your hands on, read every kind of genre, every kind of category. The more you read, the more ingredients you will have to use when you're writing something of your own.

The Red Wing Public Library is calling all young writers, ages eight to 18, to celebrate the…

The Books of Elsewhere books

How to get her book

When it’s coming out: “Long Lost” is coming out in May. It can be preordered at local bookstores, including Fair Trade Books in Red Wing, or online via IndieBound or Amazon.

More info: To learn more about “Long Lost,” West and her other novels, visit jacquelinewest.com.