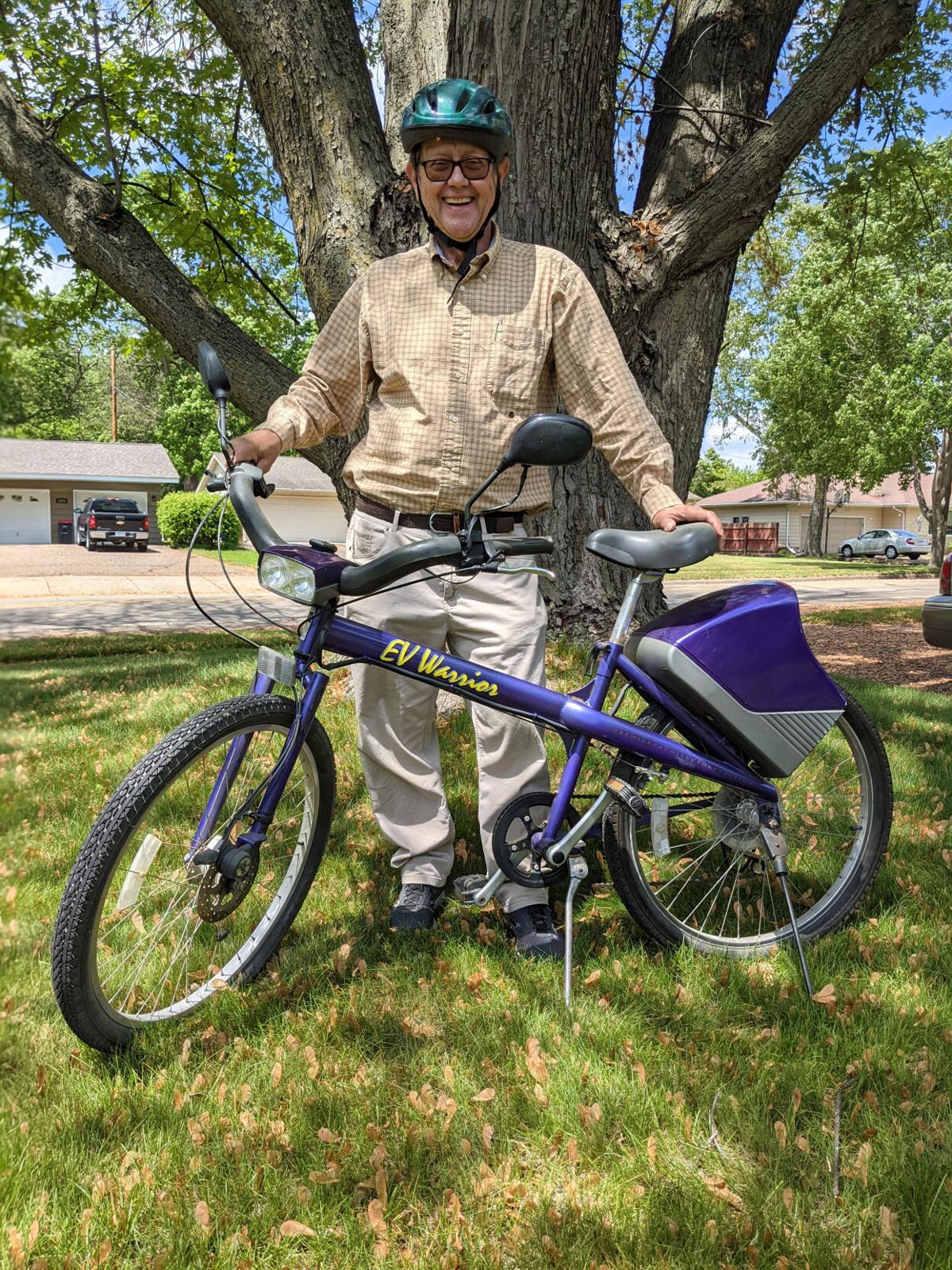 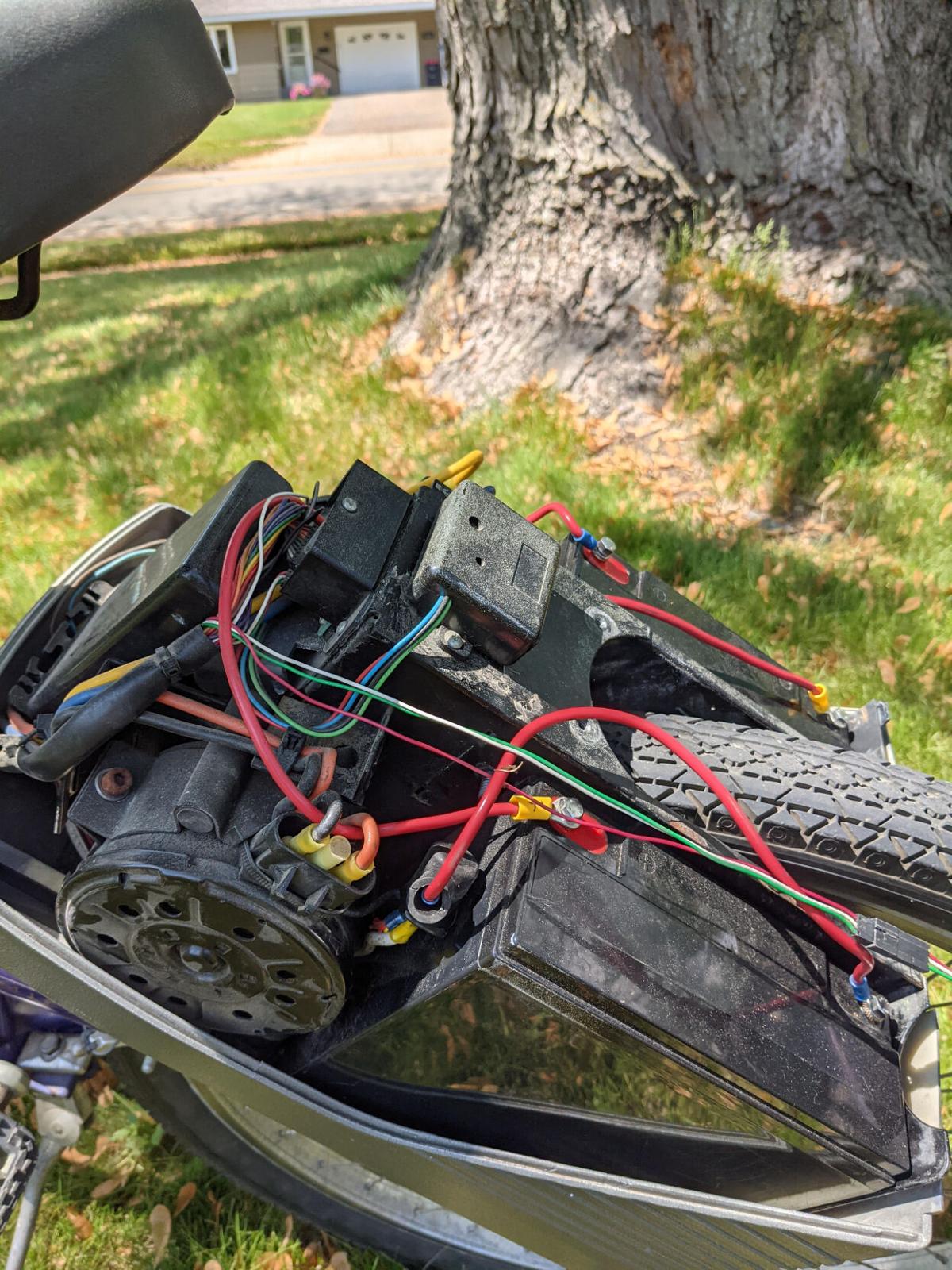 This is the driving mechanism on Drotos' EV Warrior bike. Submitted photo.

This is the driving mechanism on Drotos' EV Warrior bike. Submitted photo.

Electric bikes are continuing to rise in popularity across the country and the Midwest. Andrew Petersen of the Red Wing Bicycle Company and commissioner Paul Drotos share their experience with e-bikes and encourage others to get outside to ride.

An electric bike or e-bike has an electric motor, usually battery operated, that is used to assist with propulsion. A driver’s license is not required to operate an e-bike because of their low speeds and overall high safety ratings.

What do e-bikes cost?

They were invented during the 1880s to early 1890s and, according to Rad Power Bikes, one of the first patents in America was owned by Ogden Bolton Jr. in 1895 for a battery-powered bicycle with a motor hub attached inside the rear wheel.

Petersen explains that there are currently three classes of e-bikes.

Most biking trails limit e-bike use to class 1, while class 2 and 3 are considered for road use only due to their higher maximum speed and/or throttle assist.

“It's really heavy, it's pretty clunky, but that makes it have a certain charm,” Drotos said. “It has that funky factor.”

Drotos also owns a eZip mountain bike that he uses often, but “never on an actual mountain.”

E-bikes have grown in popularity in the past few years and the current market shows only more growth. According to Mordor Intelligence, e-bike’s projected compound annual growth rate is 11.86% until 2026.

“It has been and continues to be the fastest growing bicycle category for the industry,” Petersen said. “We have seen this category of electric bikes be a fantastic enabler to help people get out when they wouldn’t have, ride with a faster friend, or go further faster.”

“We primarily sell Trek and Electra brand e-bikes that are equipped with either Bosch or Fazua motor and battery systems,” Petersen said. “These motors are true pedal assist motors which keep them in the Class 1 and Class 3 e-bike categories.”

As e-bikes continue to grow in popularity, Petersen is glad that people are getting outside to ride their bikes.

“We have heard so many testimonials from customers who say they are finally able to get out and ride again after they stopped cycling years ago, or people who enjoy riding again with a friend or a partner who is faster, or people that are able to commute to work faster and more efficiently,” Petersen said. “It is a joy to hear how e-bikes have helped people have more fun on bikes. After all that’s the goal we have: Ride bikes, have fun, feel good.”