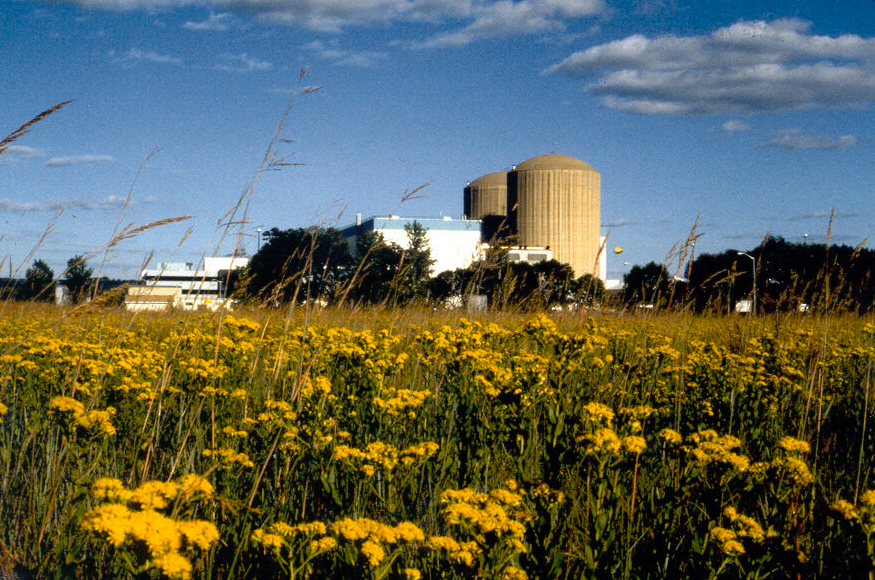 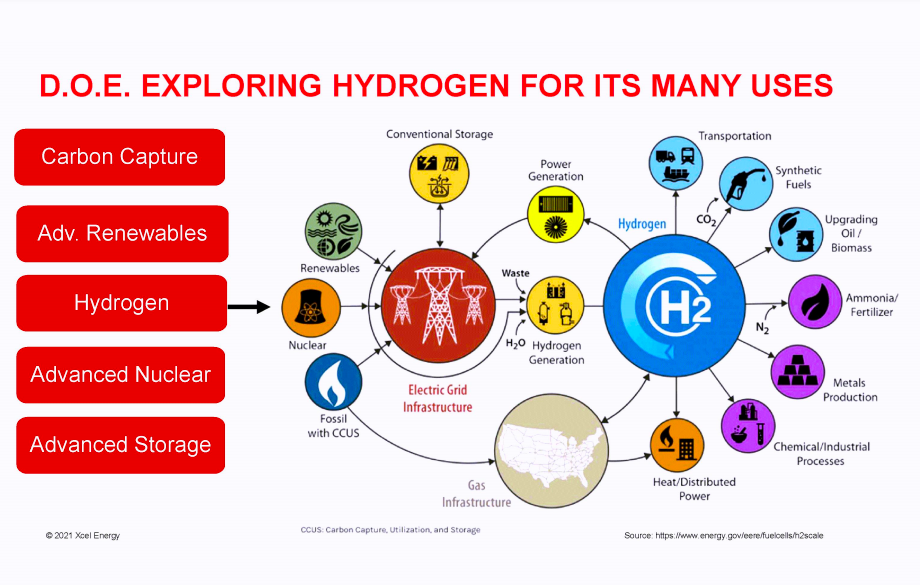 Xcel Energy showed the Red Wing City Council a diagram of hydrogen and its uses. 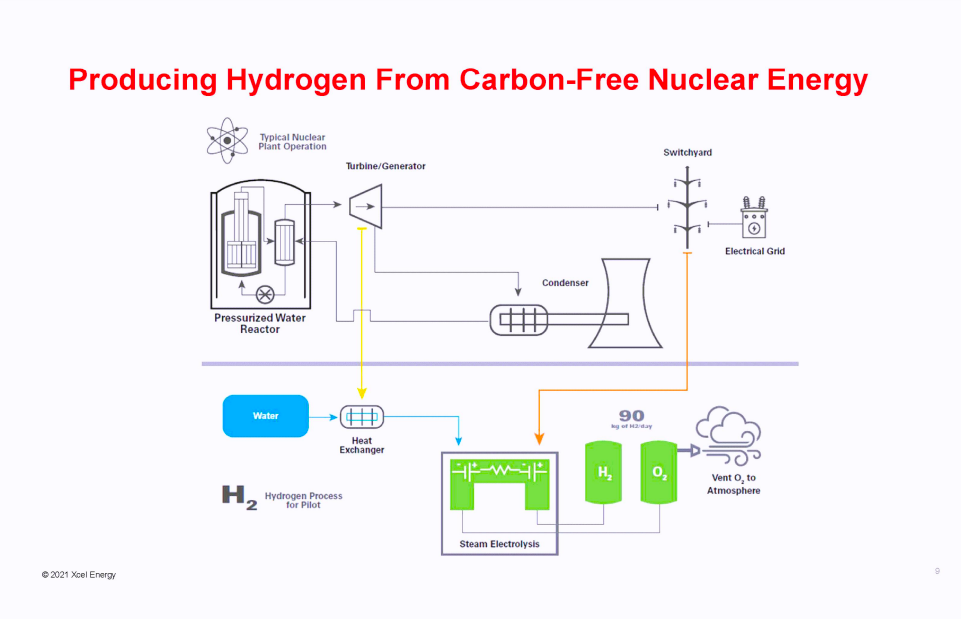 A diagram showing the production of hydrogen in this new program.

RED WING-- The Prairie Island nuclear plant will be used for the production of hydrogen starting later this year. Xcel Energy received a $10 million grant from the Department of Energy to produce hydrogen from water. The goal of this two-year program is to show that hydrogen can be produced without emitting carbon.

“Today, commercially produced hydrogen is done through splitting of natural gas, and that is a very carbon emitting process,” said Molly Strasser, nuclear innovation manager for Xcel. “With pairing nuclear and using that to generate hydrogen, it uses a very different process called electrolysis. It would use the energy from the nuclear power plant, both steam and electricity and split water, and there's no carbon emitted at any point in that process.”

According to Dan Ludwig, the company’s senior nuclear innovation engineer, “the steam will be used to preheat water, and that water will come in and get heated up and go into this electrolysis. Electricity is applied to the electrolysis unit, and that's what actually splits the water into hydrogen and oxygen.”

The system that will be built at the plant on Prairie Island will be about the size of a semi trailer, according to Xcel.

Strasser told the Red Wing City Council in May that the company knows how it will reach its 2030 goal but it does not yet know how to eliminate the final 20% of its carbon emissions, which the company plans to do by 2050. Strasser explained that new and innovative technologies will be required, which is why Xcel and the Department of Energy are currently working on carbon free hydrogen.

October of 2020: Xcel was notified that it was awarded the grant by the Department of Energy.

The goal of this project is not to begin using hydrogen to power large sectors of the economy this year. Rather, it’s to show that it can be done.

At full capacity, the pilot program will produce about 90 kilograms of hydrogen a day. This is roughly equivalent to taking a car that gets 300 miles per tank and refueling it 18 times. Most of the hydrogen produced will remain at the plant for cooling the generator and other uses. 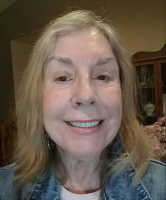 Hydrogen may not be the best alternative. The debate remains as this recent study reveals: https://ec.europa.eu/environment/integration/research/newsalert/pdf/39na1_en.pdf